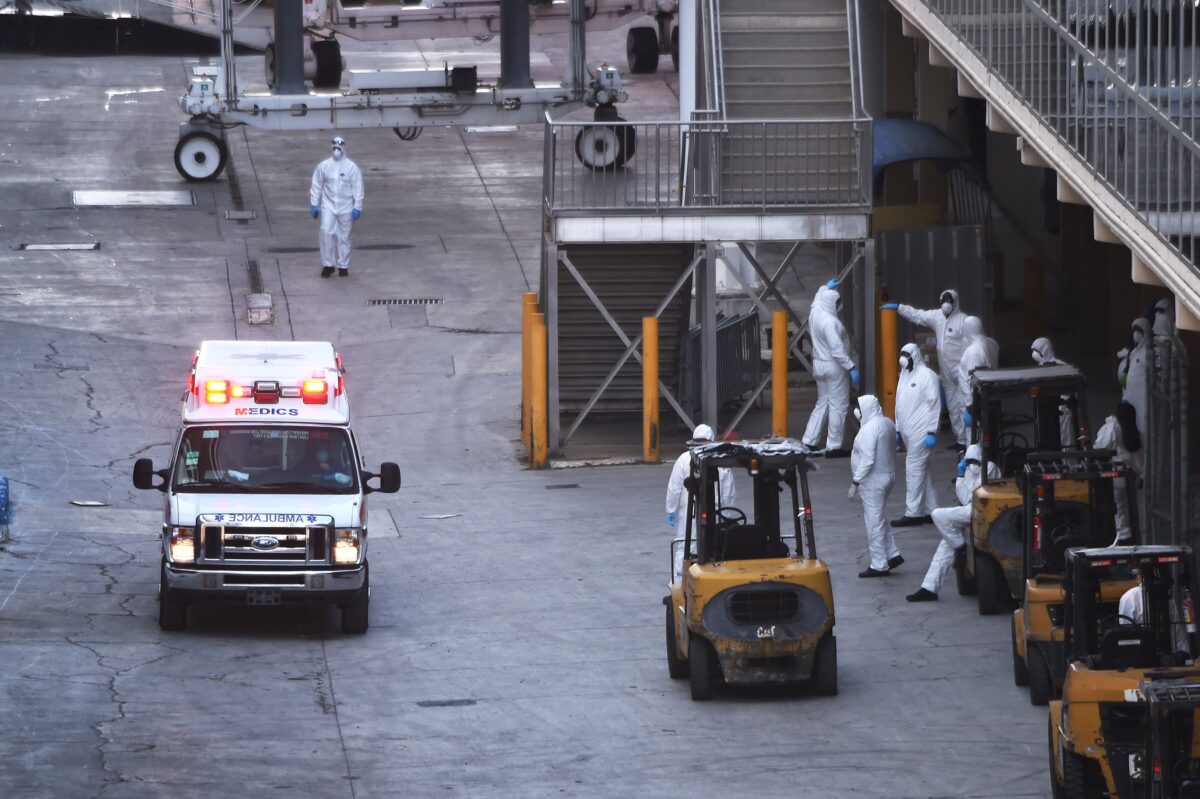 A young motorcyclist who died in a fatal crash was counted as a COVID-19 death in a Florida county, according to local media.
The authorities have since removed the motorcyclist’s death from the list of CCP (Chinese Communist Party) virus fatalities, Fox 35 reported.
According to the latest report (pdf) released by the authorities, there is only one person in his 20s who has died from COVID-19, the disease caused by the CCP virus, as of July 18. A screenshot from a previous report shows the young motorcyclist included in the non-updated CCP virus fatality count.
Screenshot via Florida Department of Health in Orange shows one person in his 20s died from COVID-19 as of July 19, 2020. (Screenshot via Orange County Health Office)
Raul Pino, an Orange County Health Officer, told Fox that one of the two COVID-19 victims listed in the earlier report as being in their 20s didn’t have any underlying conditions of COVID-19 contribute to their death.
“The first one didn’t have any [underlying conditions]. He died in a motorcycle accident,” he told Fox 35.
Pino said he will double-check if the victim should be removed from the COVID-19 death toll list.
“We were arguing, we were discussing, or trying to argue with the state. Not because of the numbersits 100 it doesnt make any difference if it’s 99but the fact that the individual didnt die from COVID-19 died in the crash,” he told Fox 35. “But you could actually argue that it could have been the COVID-19 that caused him to crash. I dont know the conclusion of that one.”
This is not the first time questions were raised about the accuracy of Florida’s CCP virus death data.
Hospitals told The Epoch Times that some sky-high positivity rates listed by the Florida Department of Health are wrong.
It looks like there is an error in the data report. Lee Health has not experienced 100 percent positivity in our lab testing, Pat Dolce, a spokeswoman for Lee Health, told The Epoch Times in an emailed statement on Tuesday. We are reaching out to the Department of Health to resolve the discrepancy.
Another hospital, Orlando Health, also said that the reported 98 percent positivity rate in their hospital “is incorrect.”
The positivity rate refers to the percentage of CCP virus tests that come back positive.
Florida Gov. Ron DeSantis explained during a July 16 press conference that positivity rates are unrealistically high because some hospitals don’t report negative test results.
The reporting of the negative test results is not required by the law, but mandated by the binding orders, he said.
“What we’ve seen because of some of the backlogs is sometimes they want to get the positives out because obviously that’s important. And then the negatives get backlogged. Now sometimes they’ll do a big negative dump. And sometimes, as we’ve seen on some of these, you may not see [that data],” he said. “But it’s not the Department of Health per se. It is the labs that are inputting this [data]. And some of those labs on there have inputted under multiple different entries.”
DeSantis told reporters that he will discuss with the labs how to improve the state’s completeness of the data.
“I want all the negatives there,” he told reporters. “That’s better, to have more negatives and so I certainly would want to do that. But I also know that there’s just a lot of labs throwing in a lot of information into the system. It’s their responsibility to do it.
“They are required under our binding orders and I think that they should be doing it.” he said.
The Florida Department of Health in Orange County didn’t respond to a request for comment.
The Epoch Times reporter Zachary Stieber contributed to the report.