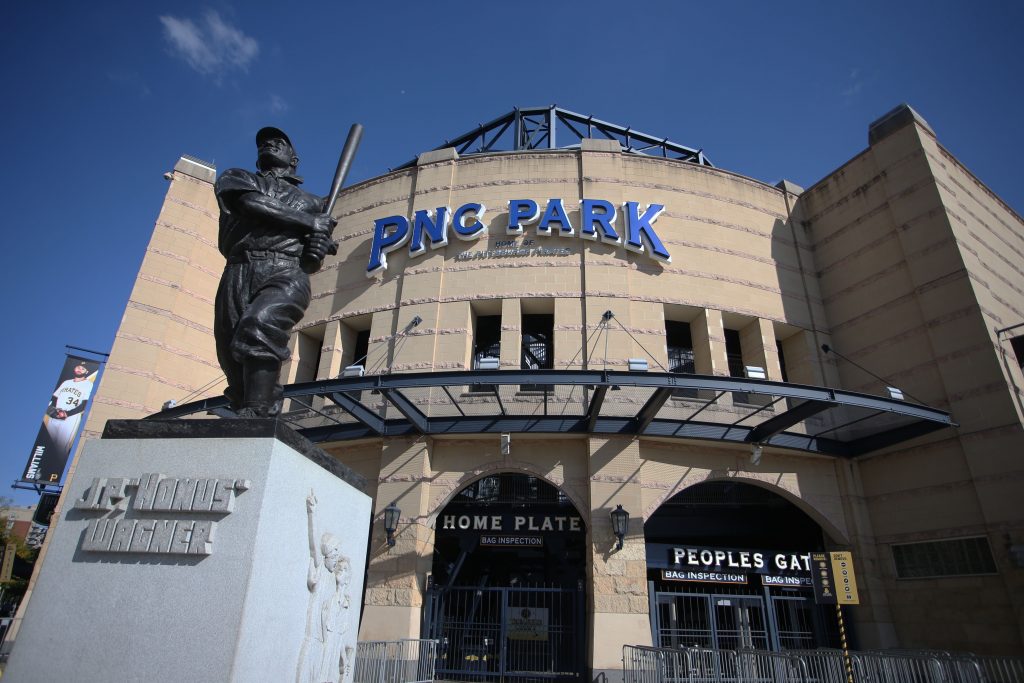 After the Canadian government denied approval for the Blue Jays to play games in Toronto this season, the Jays still don’t know where they still be playing just 10 days removed from their first scheduled “home” game, hosting the Nationals on July 29.
To this end, a number of different options are being explored, such as another Major League venue — Pittsburgh’s PNC Park.  Jason Mackey of the Pittsburgh Post-Gazette reports that the Jays have “looked into playing select home games at PNC Park in 2020.”  As noted by Mackey in a follow-up tweet, the Blue Jays and Pirates only share seven conflicting dates for home games, with six of those coming after September 7.
If nothing else, a temporary move to Pittsburgh would give the Jays some time to spend the next six weeks getting another stadium up to Major League standards.  For instance, there has been some hint that Buffalo’s Sahlen Field (home of the Jays’ Triple-A affiliate) could undergo the clubhouse, lighting and overall infrastructure upgrades necessary to host MLB games, though nothing has been finalized on that front.
Talking to reporters (including Sportsnet.ca’s Shi Davidi) yesterday, Blue Jays president/CEO Mark Shapiro was “confident that Buffalo is a viable alternative,” even while noting that a move to Sahlen Field is “not a done deal.”  By comparison, the Jays’ Spring Training facility in Dunedin, Florida is “100 per cent seamless right now and ready to go….but from a player-health standpoint has some challenges,” given Florida’s COVID-19 spike.
Looking at the most recent coronavirus data, Pennsylvania is doing relatively well in managing its COVID-19 cases, though its most severely-hit region is Allegheny County, where Pittsburgh is located.  Areas with large population centers will naturally have bigger COVID numbers than less densely-populated areas, of course, though it underscores the difficulty faced by the Jays since all adequate MLB-level facilities in major cities.
If the Jays are discussing a possible timeshare with the Pirates, it stands to reason they’re exploring arrangements with other teams as well.  Shapiro mentioned “other alternatives” besides Buffalo and Dunedin that were under consideration, and right-hander Anthony Bass told the Associated Press and other media that GM Ross Atkins prioritized finding a Major League stadium after discussions with players.
“I just said, ’Look, we want to play in a major league ballpark.  We feel that’s the best opportunity for us,’ and he agreed and said, ’I listened to you guys loud and clear and that’s what we’re going to do for you because that’s what the team wants,’ “ Bass said.