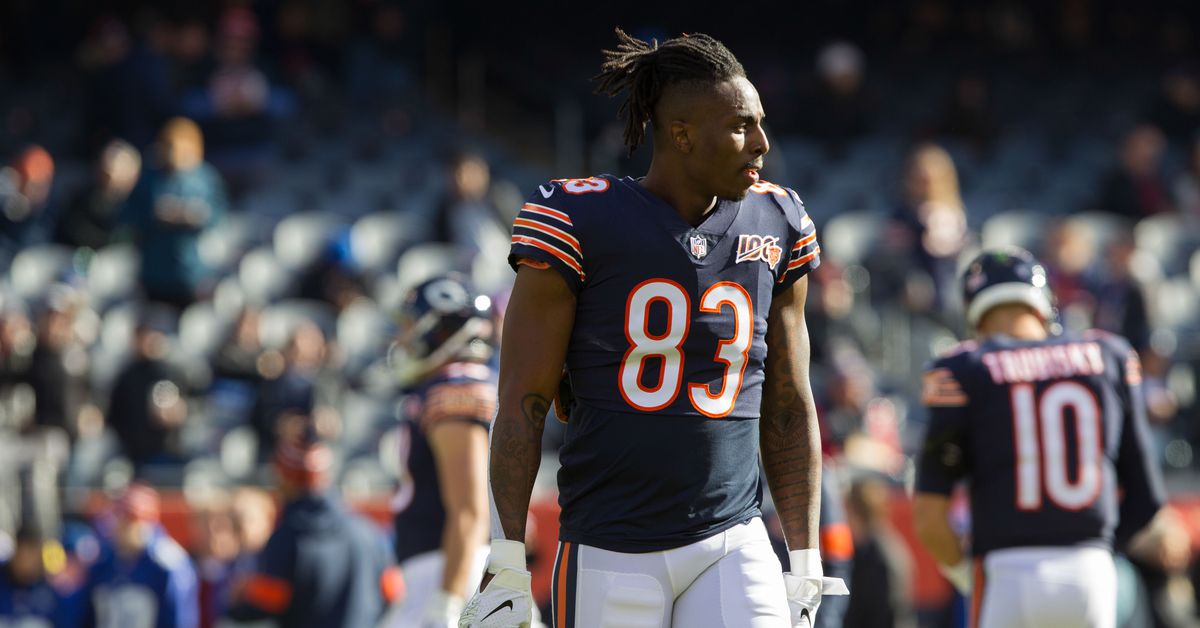 We recently shot a few questions out to the WCG staff to pick their brains about the Chicago Bears upcoming training camp that is currently slated to open up on July 28, with rookies and quarterbacks allowed to report earlier.
Heres todays question…
Who will be the biggest surprise cut of Bears training camp?
We havent heard anything official about the league keeping the usual 90-man offseason roster size, or if they plan to increase the 53/55 man regular season roster or the practice squad, so its entirely possible that there wont be any surprise cuts this year.
But if things stay relatively normal in terms of the roster construction, who do you think could be surprisingly let go?
The five of us only see it going one of two ways…
Not sure its that surprising, but because Ben Braunecker hasnt separated himself from the cheaper options, Chicago can save $1 in cap space (plus actual money) by cutting him. ~ Ken Mitchell
Ben Braunecker. According to OverTheCap, he has no guaranteed money left in 2020, and if he cant beat out Jesper Horsted or Demetrius Harris for a spot, then I dont see how he makes it. ~ Jack Salo
Javon Wims. With more draft picks (Darnell Mooney, Riley Ridley) and veterans (Ted Ginn, Anthony Miller) in the mix, I think Wims is going to be the odd man out. Hes never gotten a ton of opportunities and has just two games with highs of 56 yards. ~ Sam Householder
The receiving corps has a lot of names and talent to choose from. Because of the numbers game thats likely to happen, I think Javon Wims is the odd man out. It will be disappointing to see Wims being released, or perhaps traded one-for-one with another player. ~ Erik Christopher Duerrwaechter
Like Sam and ECD, I also think Wims is caught up in a numbers game, and like our Bears Den Tag Team above, I also think Braunecker is likely out as well. The only way I see them sticking around is rosters or the practice squad is expanded. ~ Lester A. Wiltfong Jr.
Now its your turn. Do you agree with us on Javon and Ben, or do you have another Bear in mind that could be a surprise cut?
And dumping Adam Shaheen does not count as a surprise.