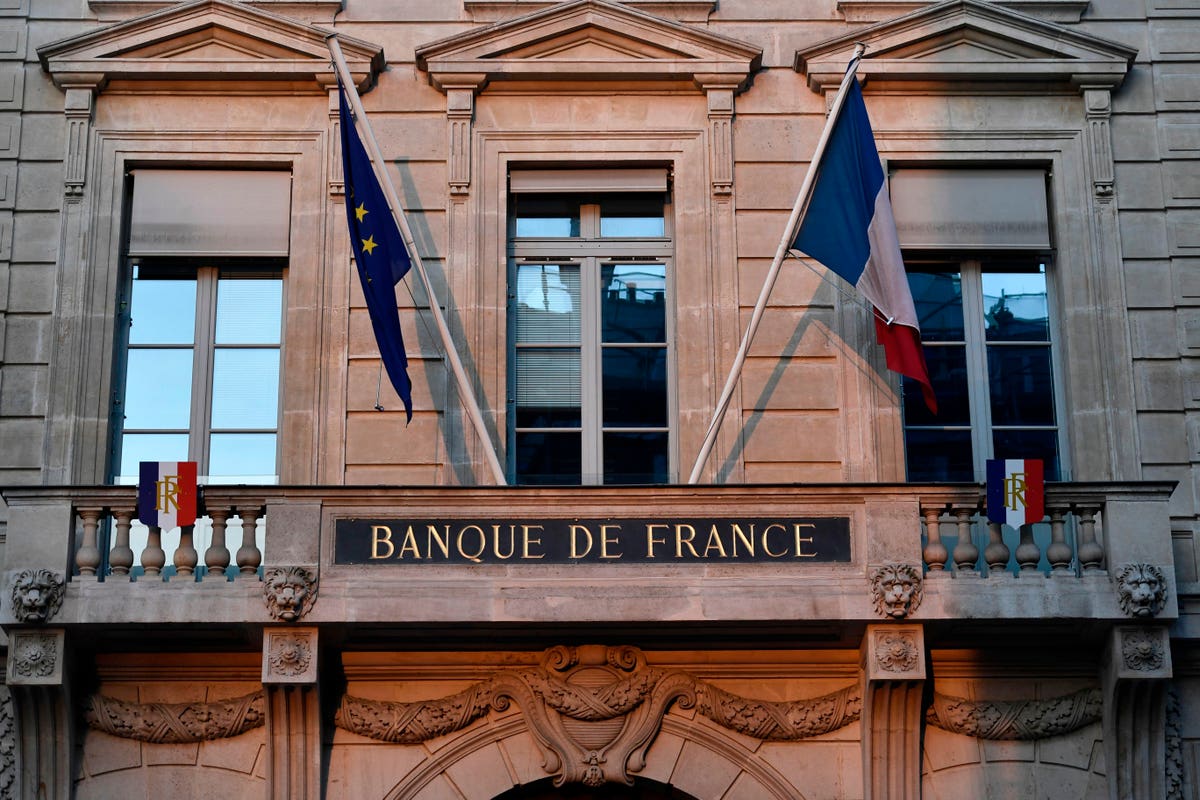 A picture taken on January 15, 2020 shows the facade of the Banque de France building in Paris. The … [+] bank is working with the European Central Bank to re-imagine how new technologies can change the way money works.
AFP via Getty Images
The central bank of France is on the verge of conducting a series of sweeping experiments whose lessons could be used to change the way money works. Cryptocurrency wont be included. In a statement from the Banque de France, the nations central bank, which works together with the European Central Bank to determine the monetary policy of the continent, the institution today released the names of eight participants in the experiments and the scope of the work.
Participants are consulting giant Accenture
ACN
, settlement giant Euroclear, the HSBC bank, French firm, Iznes, etheruem platform LiquidShare, little-known startup, ProsperUS, crypto bank Seba, and Forge, Societe Generales digital capital markets spinoff. The broad parameters of the experiments include everything from testing regulation using digital currency to improve cross-border payments, an analysis of how a central bank digital currency should be made available, and importantly, to explore new methods of exchanging financial instruments (excluding crypto-assets) for central bank money.
The statement from one of the words leading central banks shows how the vaunted institutions are scrambling to learn the best that cryptocurrency, and its underlying blockchain technology have to offer, but only within limits. Neither blockchainthe shared ledger that lets bitcoin existnor the more sanitized word to describe the larger group of technologiesdistributed ledger technology were mentioned by name in the statement. As such, the work also helps define the limits of what any actual adoption of the technology might look like.
The strong mobilization around this call for candidates testifies to the interest of the actors of finance and technology for this approach aiming to explore the potential contributions of a digital money issued by the central bank to improve the functioning of financial markets, in particular interbank regulations, according to a Google
GOOGL
translation of the statement. A representative of the Banque de France declined to share any additional context.
Over the coming days, the Banque de France will begin conducting experiments with each of the candidates, according to the statement, with some of the projects expected to take as long as multiple months. Candidates were asked to respond to the banks call for applications for CBDC experiments by May 15. The experiments could have far-reaching implications to the decision-making processes for the central bank, which in addition to helping define Europes monetary policy and implement it in France, regulates Frances banks and insurance companies and ensures risk management.
Beyond the confines of France though, lessons learned from the central bank digital currency experiments will be contributed to the international work being led by the Eurosystem, the monetary authority of the European Union. Earlier this month, the bank joined Germanys central bank, the Deutsche Bundesbank, and the European Central Bank in co-hosting a new innovation center in Europe within the framework of the Innovation Hub of the Bank for International Settlements.
In May, European Central Bank executive board member, Yves Mersch, confirmed in a speech at industry conference Consensus, that the European Central Bank was one of at least 66 central banks exploring how lessons learned from blockchain could change the very fabric of what we consider money.
For example, Chinas central bank, the Peoples Bank of China, has taken a giant first-mover advantage in the space, starting its CBDC experiments years ago, and currently testing a working implementation. If successful, one side-effect of CBDCs could be borderless transactions, possibly giving people the choice to store Chinese Renminbi in addition to, or instead of dollars, as a global reserve currency,
Based on what we know of the nearly pervasive experiments around the world looking into the nature of CBDCs, some of the other possible changes to the way money works could include giving citizens accounts at central banks, allowing them to occasionally bypass commercial banks and receive direct access to stimulus checks and more. Another possible, but controversial side-effect of central bank digital currencies could enable online payments while maintaining the privacy citizens have historically enjoyed with cash.
Skeptics of the CBDC concept argue that so long as central banks continue to have the authority to print or issue nearly unlimited amounts of the currency the underlying problems of inflation will continue to drive people to more distributed, deflationary alternatives such as bitcoin, which has a set amount. Other skeptics point to the unlikelihood that central banks will ever actually allow citizens the same privacy they have in the real world, online, and could use the technology as a way to track their own citizens spending habits.