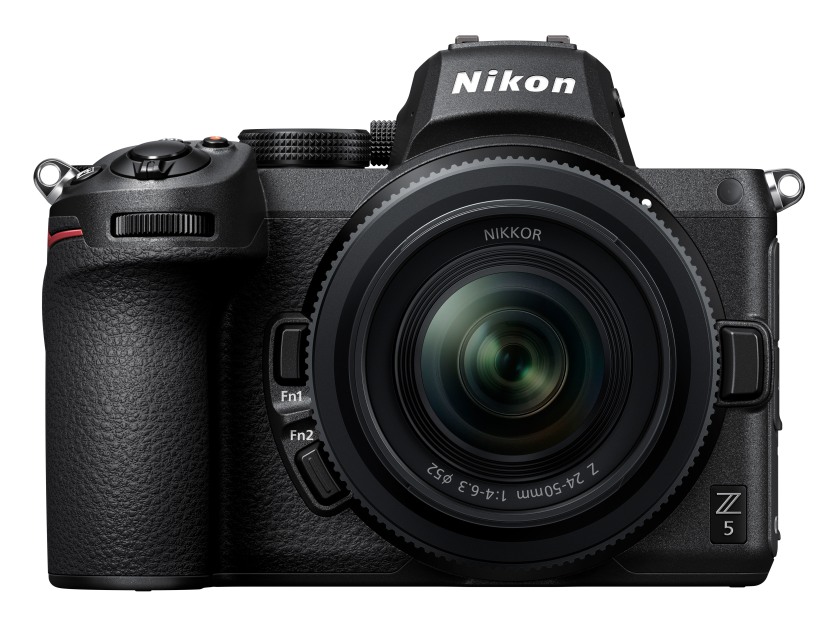 Despite all that tech, it offers pretty mediocre shooting speeds of 4.5 fps with full autofocus and AE. That’s just a touch less than Canon’s 5 fps EOS RP, but far less what you’ll find on comparably-priced APS-C cameras like Sony’s 11 fps A6600.
As mentioned, video isn’t a strong point with the Z5. It can shoot video at 4K 30 fps, but much like with Canon’s EOS R and EOS RP, you’re stuck with a 1.7X crop. You can shoot 1080p using the full sensor width (probably with line-skipping), but at a maximum of just 60 fps.
Happily, the Z5 has a full five-axis in-body stabilization system (or vibration reduction, as Nikon calls it), just like the Z6 and Z7. And unlike those models, it has dual UHS II card slots in place of the Z6/Z7’s single, XQD slot. That’ll be good news for photographers who need a backup and don’t want to spend more for XQD cards.
Other features include a 3.69 million dot OLED electronic viewfinder, tilting but not fully articulating touchscreen and 390 shots per charge from the new EN-EL15C battery. The Z5 uses polycarbonate on the back and bottom rather than magnesium alloy like the Z6, but it’s still sealed against dust and moisture.
The Z5 arrives in August and costs $1,400 for the body only, or $1,700 with the new 24-50mm f/4-6.3 lens (pictured above). Nikon also unveiled new 1.4x and 2.0X teleconverters ($550 and $600 respectively) and said it would launch a Windows 10 webcam utility for many of its DSLRs and Z mount cameras next month.