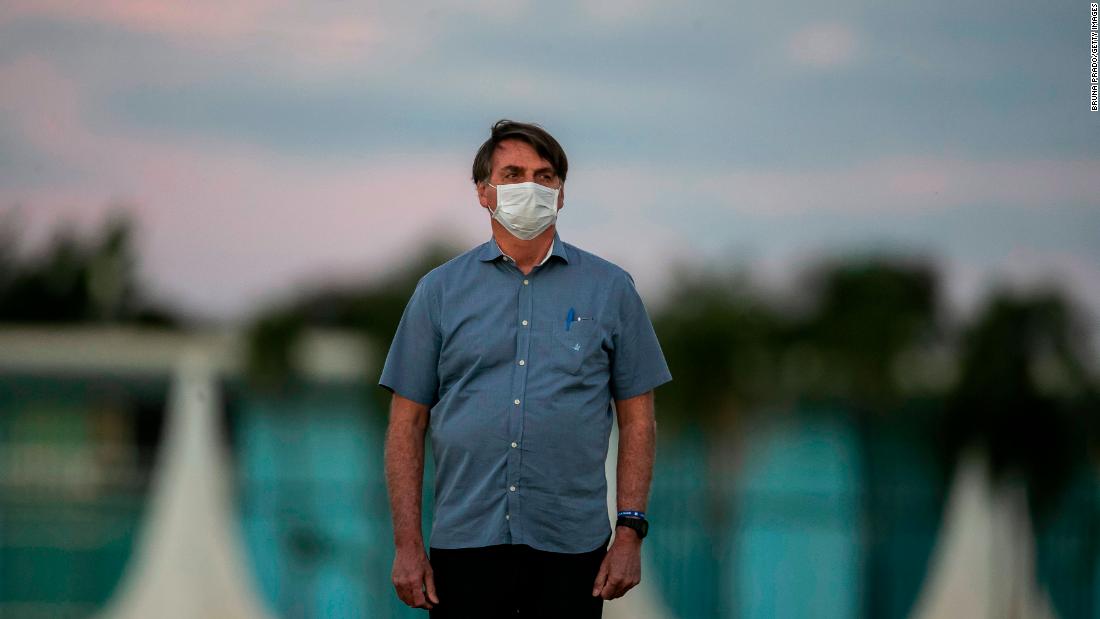 São Paulo (CNN)Two Brazilian ministers have tested positive for the coronavirus in one day, following in the footsteps of President Jair Bolsonaro and three other high-ranking government officials.
Brazil’s Minister of Citizenship Onyx Lorenzoni announced that he had tested positive for Covid-19 just hours before Milton Ribeiro, Minister of Education, revealed that he was also infected.
In a series of tweets, Lorenzoni wrote that he was tested after he began to show symptoms last Friday. He said he had started the so-called “Covid kit” treatment, a cocktail of drugs promoted by some medical doctors who back Bolsonaro’s claim that it’s an effective treatment in the early stages of the novel coronavirus.
“I have been following the azithromycin, ivermectin, and chloroquine protocol since Friday and I already feel the positive effects,” Lorenzoni wrote on his Twitter account.
The Brazilian Society of Infectious Diseases (SBI), in a report published Friday, urged medical professionals to stop using hydroxychloroquine to treat coronavirus, because it has been proved ineffective and can cause collateral damage.
A week earlier, Brazil’s National Health Surveillance Agency ANVISA, which regulates pharmaceuticals, released a statement saying there is no conclusive proof that ivermectin is effective as Covid-19 treatment.
The other minister, Ribeiro tweeted on Monday: “I’ve just received a positive Covid-19 result this morning. I am already medicated, and I’ll work remotely,” but did not specify which medication he is taking. He is working from a hotel in the capital Brasília, the minister’s press officer told CNN Brasil.
Brazil has now recorded more than two million cases and almost 80,000 deaths, more than any country except the United States, according to figures from Johns Hopkins University.
Bolsonaro himself tested positive on July 7 after months of downplaying the virus. On Sunday afternoon, he took a walk in the grounds of his presidential palace and greeted a crowd of supporters, video broadcast live on his Facebook page showed.
While the President wore a mask, he was closely flanked by a number of aides who did not appear to consistently maintain a significant social distance from him. He repeatedly lowered his mask while talking, including when aides were nearby.
Assembled supporters prayed for the president and sang the national anthem as a Brazilian flag was lowered, repeating scenes seen on Saturday when he made a similar appearance.
In March, after returning from a trip to the US for meetings between Bolsonaro and US President Donald Trump, Brazil’s Mines and Energy Minister Bento Albuquerque and Institutional Security Minister General Augusto Heleno both tested positive for the coronavirus, along with Bolsonaro’s communication secretary Fabio Wajngarten, and another 15 members of the Brazilian delegation.
After Bolsonaro tested positive for Covid-19, several of his close ministers were tested in the following days. None tested positive at the time.
CNN’s Taylor Barnes, Emma Reynolds and journalist Juliana Arini contributed reporting.