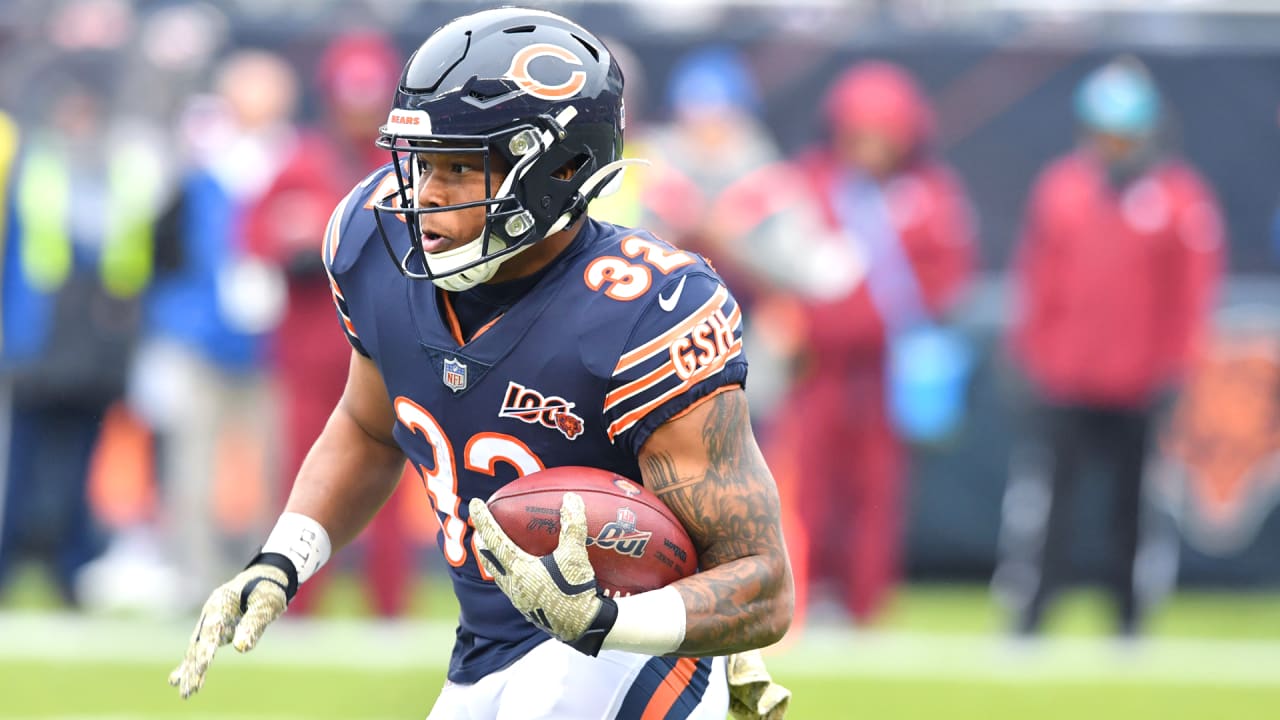 After throwing for 3,223 yards with 24 touchdowns, 12 interceptions and a 95.4 passer rating in 2018, Trubisky passed for 3,138 yards with 17 TDs, 10 interceptions and an 83.0 rating in 2019.
During last year’s end-of-season press conference, coach Matt Nagy revealed that Trubisky’s No. 1 offseason priority would be to become “a master at understanding coverages.” With no on-field work during the offseason program, Trubisky obviously was unable to display that aspect of his game. But his progress in that area no doubt will be a major focus in training camp practices.
Nick Foles, quarterback
The Bears traded a compensatory fourth-round draft pick to the Jaguars to acquire Foles, who they saw as a perfect fit given his familiarity with the offense and multiple coaches. Nagy worked with Foles as an offensive quality coach with the Eagles in 2012 and Chiefs offensive coordinator in 2016. When new Bears offensive coordinator Bill Lazor was his position coach with the Eagles in 2013, Foles passed for 27 TDs and two interceptions. And when new Bears quarterbacks coach John DeFilippo served in the same role in Philadelphia in 2017, Foles replaced an injured Carson Wentz and led the franchise to its first Super Bowl championship.
With no offseason work at Halas Hall, Foles has yet to meet many of his new Bears teammates face-to-face. It will be important in training camp for the ninth-year pro to quickly create a rapport with his offensive linemen and develop timing and trust with his receiversall while demonstrating a firm grasp of the playbook. While Foles has operated similar systems in Philadelphia and Kansas City, there are nuances with every offense and the one that Nagy runs with the Bears is no different.
David Montgomery, running back
After a productive rookie year in which he rushed for 889 yards and six touchdowns and caught 25 passes for 185 yards and one TD, the Bears have high expectations for Montgomery as he enters his second NFL season.
In June, running backs coach Charles London expressed confidence that Montgomery will increase his production in 2020 if he works on “just trusting the play, trusting the process, trusting the blocking scheme.”
“He’s a very talented runner,” London said. “He’s got great vision. He’s got great quickness. Just trust the play. At times last year, he didn’t trust the play as much, but that’s part of being a rookie running back. That’s part of an adjustment from playing college football and jumping into the NFL. I know that’s one area he wants to greatly improve on.
“And I think the next step where he wants to take a huge jump is in the passing game. He did quite a bit of that in college. He has really good hands, and I know he’s looking forward to getting out there and showing what he can do in the passing game as well.”
Anthony Miller, receiver
The Bears also have high hopes for Miller, who looks to pick up in training camp where he left off late last season when he caught 33 passes for 431 yards and two touchdowns during a five-game span. The stretch included a pair of nine-catch games with 140 yards against the Lions and 118 yards and one touchdown versus the Packers.
Bears receivers coach Mike Furrey indicated that Miller’s late-season emergence had a lot to do with his growth, maturity and professionalism all kicking in at the same time. “In the middle of the season,” Furrey said, “I believe Anthony really started getting an idea and having an idea and understanding what it takes not just how to step inside the four-inch line and go play football. But I think it was really how to start developing himself as a professional through a process leading up to a game. He started doing that and he started seeing the results from that.”
Miller had shoulder surgery for the second straight offseason. But he is expected to rebound and emerge as a key playmaker on offense in 2020.
Cole Kmet, tight end
After signing veteran free-agent Jimmy Graham, the Bears further bolstered a need position by spending their top pick in the draft on Kmet in the second round. His progress in training camp will be closely monitored, especially after the Bears were unable to conduct any OTA or minicamp practices.
Kmet proved to be a quick study during the virtual offseason program, with Nagy raving about the rookie tight end’s aptitude. “He will know this playbook inside out,” Nagy said. “That’s not going to be the issue. What he’s going to have to grow with is understanding the defenses in the NFL, understanding how strong a defensive end is that he’s going to have to block as a nine-technique, or a seven-I technique on a blast play to the outside. It’s different, what the speed’s like, when the ball comes on you, when the coverage changes. And he’ll do that because he has the ‘want.'”
The strides that Kmet makes as both a pass-catcher and blocker likely will be among the top storylines in training camp as the Bears look to turn an important position in Nagy’s offense from a weakness in 2019 into a strength in 2020.