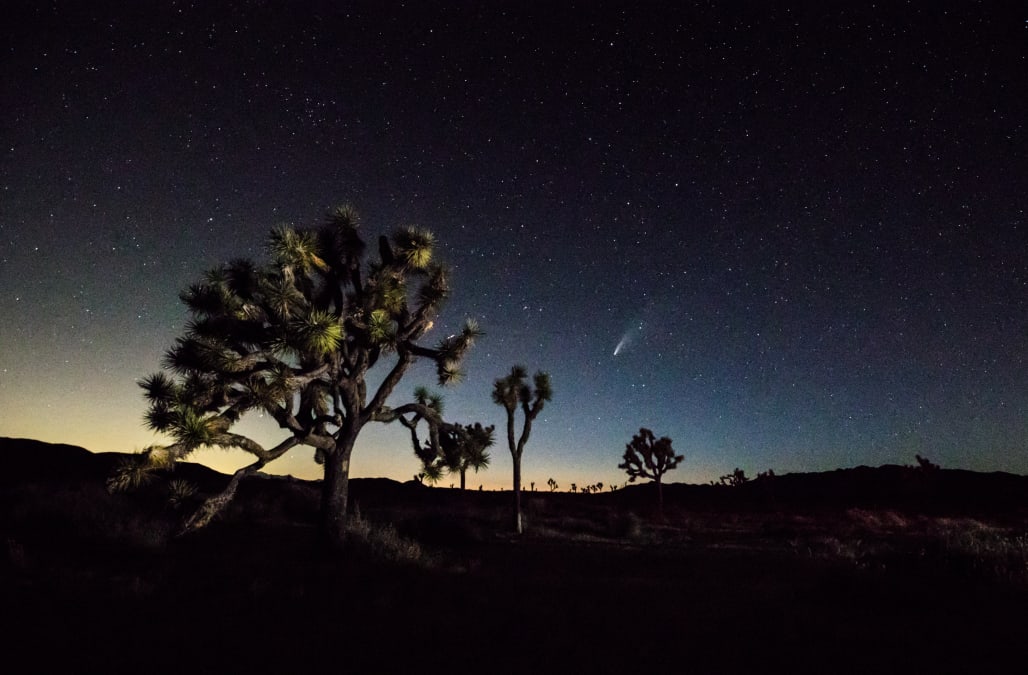 Image credit: John White Photos/Getty Images
Listen, 2020 might be a bit of a bust. We get it. But that doesnt mean there arent things to look forward to. For example, the first visible comet of the year is flying by Earth this weekend. Aaand it wont appear again in our solar system for another 6,800 years.
According to NASA, Comet Neowise, a newly discovered three-mile-wide comet thats visible to the naked eye, has already made its appearance in the early morning sky. But starting this week, it will be visible after sunset (so you dont have to wake up at the crack of dawn). And while youll likely be able to see it through July (depending on your location), Neowise will be closest to Earthand therefore at its brighteston July 22.
Neowise, which is named after the space telescope used to discover it, is also the brightest comet to appear in 23 years (the last was Comet Hale-Bopp in 1997). For those of us in the northern hemisphere looking to catch a glimpse, the comet will be easiest to spot from July 14 (today) through 19, about an hour after sunset. Thats when the light is just enough to see it against the night sky without washing it out. Neowise will be in the northwestern part of the sky, a little bit below the Big Dipper. And like most skywatching events, its always best to head outside a little early so your eyes can adjust to the darkness. Use it as an excuse to have dinner alfresco.
Since NASA says this comet takes approximately 6,800 years to complete its journey around the sun, it wont be visible again in our lifetime. No pressure though.
Add Comet Neowise to the growing list of astronomical events occurring in July, including Jupiter and Saturns peak brightness (on July 14 and 20 respectively) and a double meteor shower at the end of the month. 2020 isnt all a wash, right?
RELATED: July Will Be Jam-Packed with Astronomical Events. Here Are 4 to Watch Out For
More from PureWow:Everlanes Summer Sales Have Officially Begun & Heres Everything Were BuyingPrincess Eugenie Celebrates Sister Beatrices Secret Wedding: Couldnt Bea Happier (Get It)The 30 Best Kids Movies on Netflix Right Now