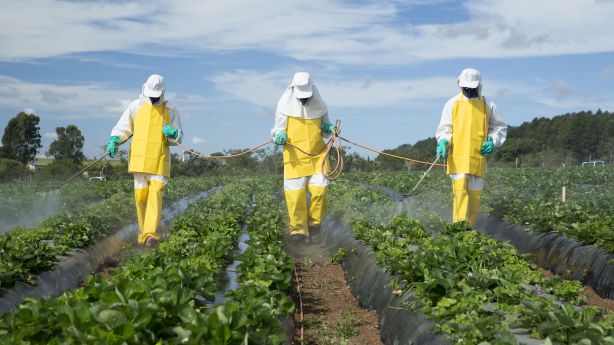 ATLANTA (CNN) The proof is piling up: Many synthetic chemicals can harm your health and that of your children.
Evidence has doubled in the last five years about the negative impact on our health of endocrine-disrupting chemicals in plastics, pesticides, flame retardants and other merchandise, according to a new review of recent literature.
“It’s a global problem. These are chemicals used in consumer products all across the world,” said senior author Dr. Leonardo Trasande, chief of environmental pediatrics at NYU Langone.
The new review, published Tuesday in The Lancet Diabetes and Endocrinology journal, lists recent studies that have linked endocrine-disrupting chemicals with weight gain in women and polycystic ovary syndrome, a significant cause of infertility. These chemicals have also played a role in semen damage and prostate cancer in men, along with a host of other health concerns.
In January, Trasande and his colleagues comparedearly life exposures to lead to studies on the exposure of fetuses in the womb to pesticides, the methylmercury found in fish and flame retardants called polybrominated diphenyl ethers, or PBDE.
PBDE flame retardants, the study found, are the “greatest contributor to intellectual disability” in children, resulting in a total loss of “162 million IQ points and over 738,000 cases of intellectual disability.”
There’s also the health care costs of such exposure, Trasande said. The same study estimated the health costs of endocrine-disrupting chemicals in the United States at $340 billion a year. In Europe it was markedly less, some 163 billion (U.S. $187 billion).
This “explosion of evidence” over the last five years proves current regulations in the US are inadequate to protect citizens from the dangers of endocrine-disrupting chemicals, said Trasande, a leading expert in childhood environmental exposures.
And while Europe leads the U.S. in bans on pesticides and minimizing human exposure, there is still much to be done there and around the world, according to a second analysis also published Tuesday in The Lancet.
“This scientific issue has matured, accumulated substantial and consistent scientific evidence, and repeatedly shown that ‘chemicals of concern’ and their replacements have many if not the same effects on human health,” Trasande said.
“That’s why we are calling for an international agency to do research in endocrine disruption,” Trasande added, suggesting it could be modeled after the International Agency for Research on Cancer.
CNN reached out to several chemical and manufacturing associations, but did not hear back before our publication deadline.
A chemical revolution
“I want to say one word to you. Just one word,” said party guest Mr. McGuire to Dustin Hoffman’s character Benjamin Braddock in the 1967 movie classic “Mrs. Robinson.”
“Plastics.”
Today we can add a host of other chemical discoveries to the growing list of products that have made Western life easier, cleaner and supposedly safer.
But as our use of these products grew, science learned of a flip side: Many of these chemicals can leach into our air, water and soil, and ultimately into our bodies. There they can significantly disrupt how our endocrine system our hormones regulate mood, sex and tissue function, growth, metabolism and more.
Some five years ago, the World Health Organization and United Nations reported on 15 ways that chemicals used in plastics, pesticides and flame retardants could affect babies from the womb to adulthood, including:

The new analysis published Tuesday now adds another 17 such health impacts to the list and broadens the number of known chemicals involved. The review found evidence is particularly strong for a link between perfluoroalkyl and polyfluoroalkyl substances, or PFAS. Among the conditions PFAS chemicals have been tied in recent research are: