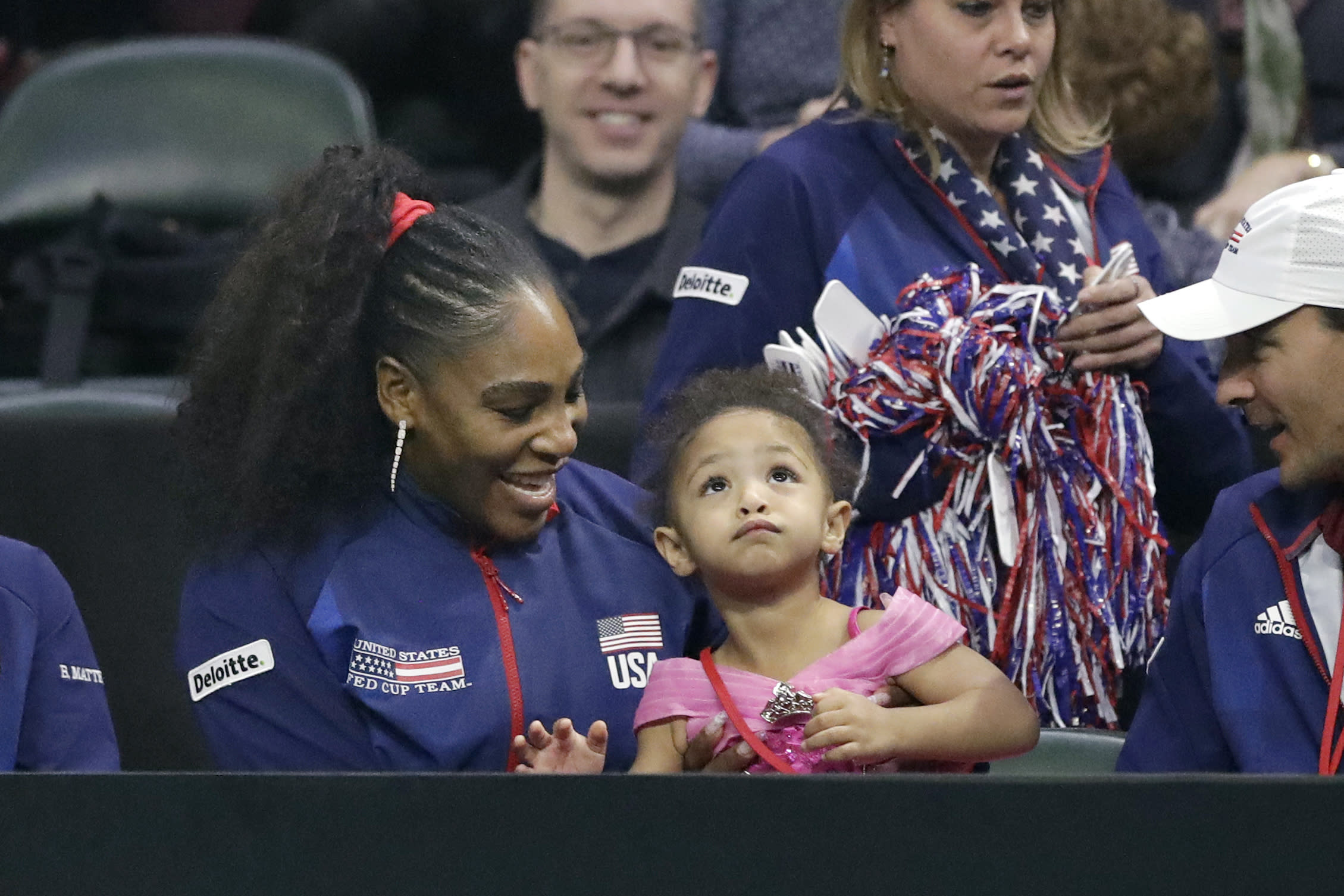 Listed in the ownership group of the National Womens Soccer Leagues newest team is a 2-year-old.
Serena Williams and husband Alexis Ohanian brought in daughter Olympia Ohanian, Jr. as part of the ownership stake for the yet-to-be-named Los Angeles expansion franchise awarded on Tuesday.
Ohanian led the investment push for the franchise with a star-studded ownership group that includes actresses Natalie Portman and Jessica Chastain as well as 14 former U.S Womens National Team players including Mia Hamm and Abby Wambach.
United States’ Serena Williams sits with her daughter, Alexis Olympia Ohanian Jr., as they look on during a Fed Cup qualifying tennis match Saturday, Feb. 8, 2020, in Everett, Wash. (AP Photo/Elaine Thompson)
More
Olympias Twitter page yes, she has a Twitter page announced her ownership stake with the franchise dubbed Angel City Tuesday morning.
Olympia is also listed among the list of owners on the NWSLs announcement.
Ohanian explained why he wants his 2-year-old to have a stake in a sports franchise in a statement.
As someone who spends hours kicking around a football with my 2-year-old daughter, I want her to have a front-row seat to this revolution, Ohanian wrote. I’m personally investing on behalf of my family because creating more opportunities in women’s sports is important to my wife and me, and we want to be a part of making a better future for our daughter.
More from Yahoo Sports: