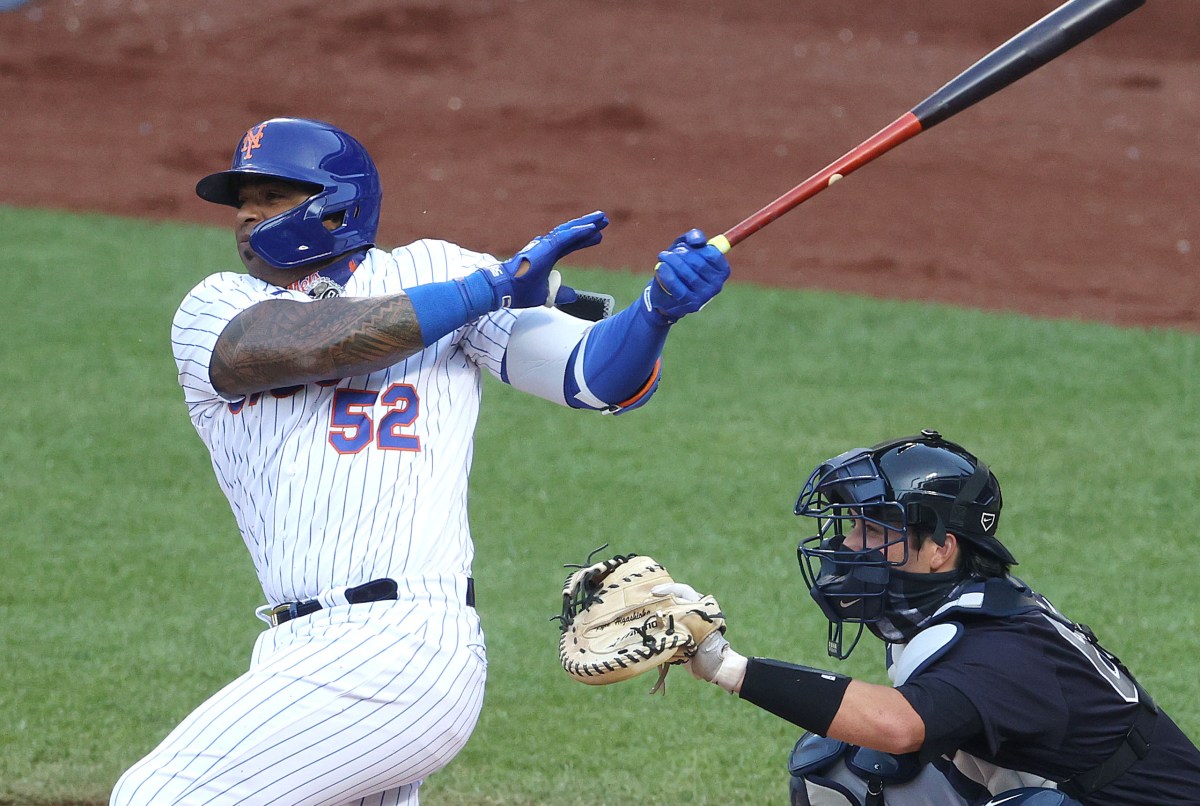 Whether Yoenis Cespedes has the mobility to play left field on even a part-time basis remains a question, but its also one the Mets dont necessarily need answered.
The veteran outfielder is set to begin the season with the team, and Tuesday revealed he has been told he will start at DH in Fridays opener against the Braves at Citi Field.
I cant give you an exact percentage on where I am right now at the moment, but I feel ready and I will be ready to play, Cespedes said through an interpreter before an intrasquad scrimmage.
Cespedes last appearance in a major league game came on July 20, 2018 against the Yankees as the DH. Since that night, he has undergone separate surgeries to remove calcifications from his heels and rehabbed from multiple ankle fractures sustained during an encounter with a wild boar on his ranch.
He arrived at camp this month determined to show he was ready to resume. Any lingering doubt was removed last weekend, when he started two exhibition games against the Yankees, the latter as the left fielder. Cespedes admitted he didnt run full throttle to first base Friday on an infield grounder he was called out on a replay challenge but said that was intentional.
Yoenis CespedesGetty Images
The trainers have been telling me that as long as I run at about 80 percent I am fine, Cespedes said. But at first reaction, once I hit the ball, I wanted to go out fast out of the box, but then I remembered what they told me so that is why I kind of slowed down.
Cespedes defense remains a progression, according to manager Luis Rojas, but the Mets are satisfied with what they have seen.
Right now hes as strong as you can probably count on in the game, Rojas said. Hes doing a lot of things that weve seen him do before. Obviously the base-running part that we have talked about is not how he used to be as far as regarding his speed, but hes able to run at a really good competitive speed.
Cespedes played only three innings in left field Sunday and was untested. He returned to left field for three innings in Tuesdays intrasquad scrimmage and showed no hesitancy chasing a ball into the corner. But with the NL adopting the DH for at least this shortened season, Cespedes has a fallback.
Does Cespedes still view himself as an outfielder?
The way I feel right now, I can play DH, I can play left field, Cespedes said. I feel equally as confident to be able to do both.
I think the strongest part of me is my mind and my mentality. Whether its a good day or a bad day, my mentality has always been strong, so I will be ready to play once the time comes.
J.D. Davis and Dominic Smith are the primary options to play left field, but both are still learning the position and could also be thrust into the DH role if the Mets are more comfortable with Cespedes in the outfield.
Cespedes potentially thunderous bat lengthens a lineup that includes Jeff McNeil, Pete Alonso and Michael Conforto. As he prepares to hit free agency in the offseason, the 34-year-old Cespedes realizes the importance of a rebound season, even over an abbreviated 60 games.
This team has a lot of talent, a lot of potential and it is my last year on my deal, Cespedes said. I am going to go out there and give my 100 percent so we can try to make a big run for the World Series.
Mets legend David Wright and Howie Rose will be on the Amazin’ But True podcast Thursday.