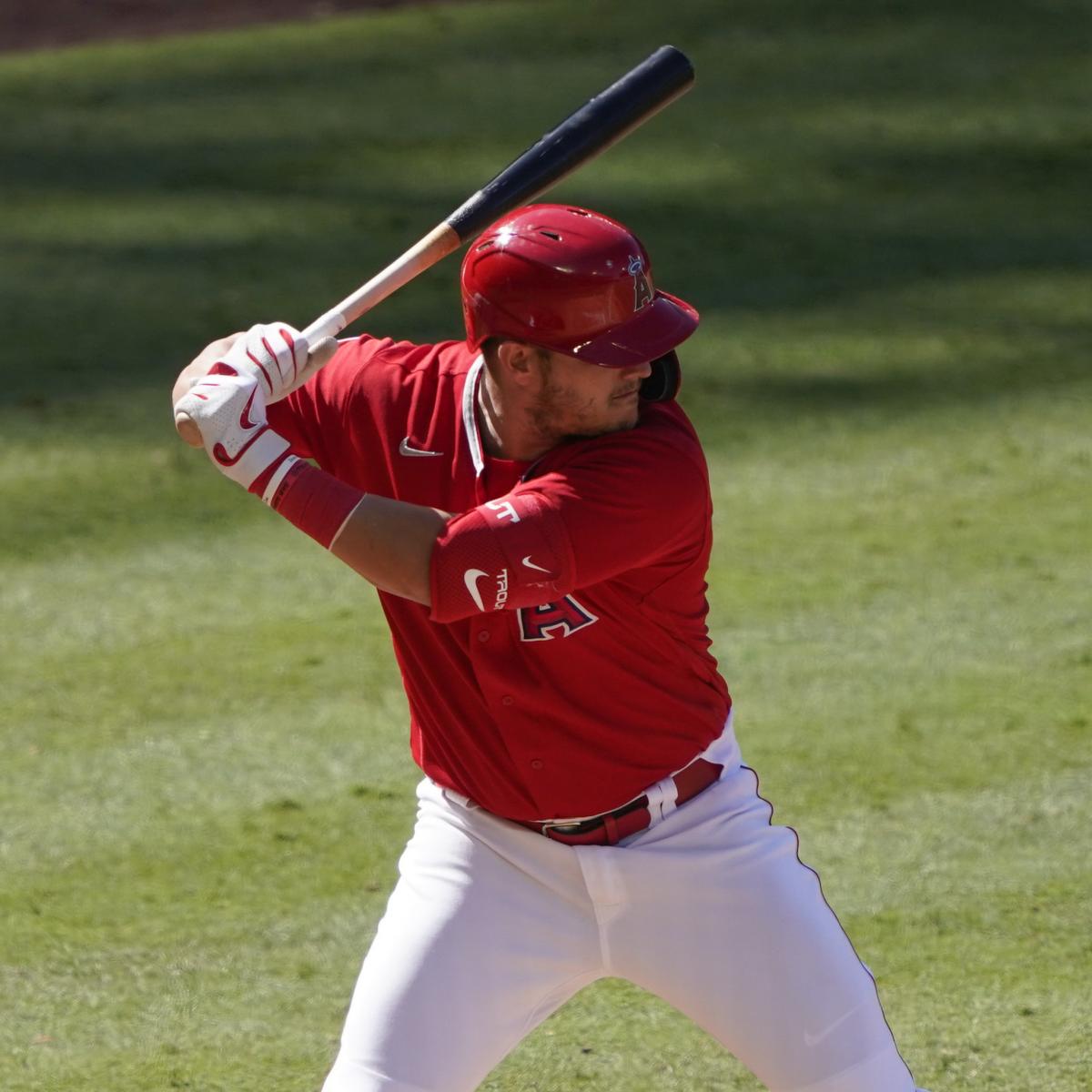 Ashley Landis/Associated Press
Although Mike Trout initially considered opting out of the 2020 season, the Los Angeles Angels star confirmed Wednesday that he will be on the field this year.
“I’m playing,” he said, per Dylan Hernandez of the Los Angeles Times.
Trout was previously concerned about potential outbreaks of COVID-19 within MLB, but he is now encouraged by the league’s protocols, per Fabian Ardaya of The Athletic.
Players have been tested for COVID-19 every other day since arriving in camp, while last week’s results saw just six positive tests out of 10,548 samples, including five players and one staff member, per ESPN. There were 58 players and eight staff members who tested positive the week before.
This helped ease concerns for Trout, who is expecting a child in August with his wife, Jessica.
“Honestly, I still don’t feel that comfortable,” the 28-year-old said earlier this month, per Mike DiGiovanna of the Los Angeles Times. “It’s gonna be tough. I’ve got to be really cautious these next couple weeks. I don’t want to test positive. I don’t want to bring it back to my wife. It’s a tough situation we’re in.”
Trout deciding to play this season is big for both the Angels and MLB, as he’s one of the biggest stars in the sport.
In eight full seasons in the majors, the outfielder has eight All-Star selections, three MVPs and one Rookie of the Year award. He finished in the top two of MVP voting in seven different seasons, finishing fourth in the only other year.
He has contributed 72.7 wins above replacement since entering the league, per FanGraphs, well above Buster Posey (47.1), who ranks second in this stretch.
Trout’s presence will be key as the Angels try to compete for a World Series title during the shortened 2020 campaign.