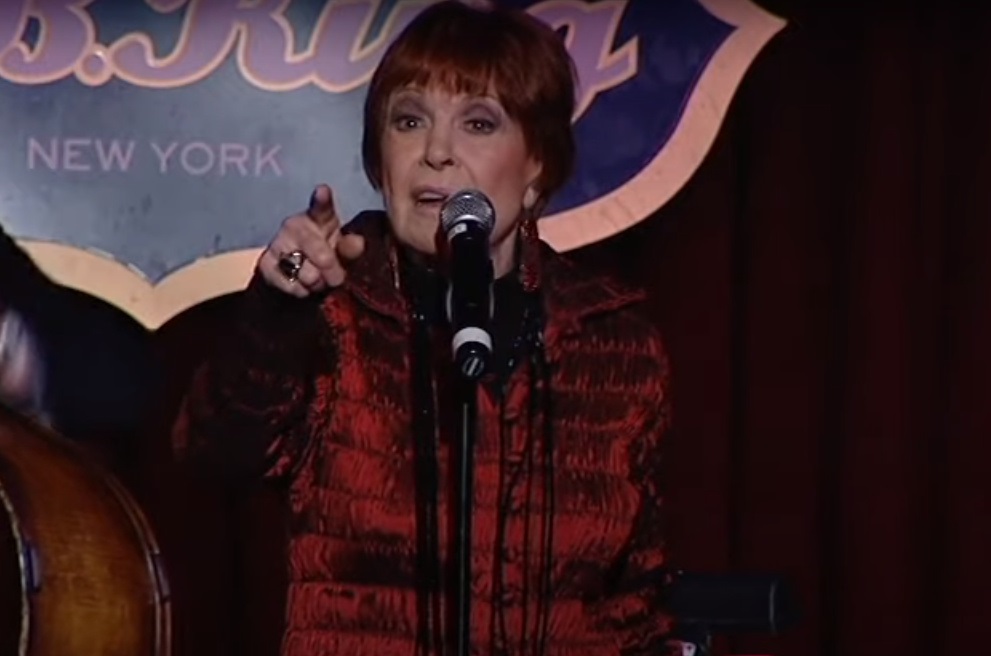 Annie Ross, the dexterous jazz singer and leading practitioner of the art of “vocalese” heard on her signature song, “Twisted,” has died. She was 89.
Ross died Tuesday at her home in Manhattan of complications from emphysema and heart disease, her former manager, Jim Coleman, told The Washington Post.
Ross performed with fellow vocalists Dave Lambert and Jon Hendricks in the acclaimed jazz trio Lambert, Hendricks & Ross from 1957 to 1962. They made dozens of instrumental classics their own and recorded several albums, starting with 1957’s Sing a Song of Basie, which employed overdubs to multiply their voices.
In 1952, Ross and vocalist King Pleasure had teamed on an album for Prestige that included “Twisted,” her treatment of saxophonist Wardell Gray’s solo. The tongue-twisting, high-wire tune, sung by a patient who’s convinced she’s smarter than her psychiatrist, also has been recorded by Joni Mitchell, Bette Midler and others.
For director Robert Altman, Ross portrayed herself in The Player (1992) and appeared as troubled jazz singer Tess Trainer in Short Cuts (1993). She showed up in other films, including Yanks (1979), Superman III (1983), Throw Momma From the Train (1987), Pump Up the Volume (1990) and Blue Sky (1994).
Her voice was used to replace Britt Ekland’s in the horror film The Wicker Man (1973).
On the stage, Ross appeared in the musical revue Cranks in London and on Broadway in the mid-1950s and starred alongside Vanessa Redgrave in The Threepenny Opera in 1972 and with Tim Curry in a Joseph Papp production of The Pirates of Penzance in 1982.
Born July 25, 1930, in Surrey, England, Ross was the daughter of Scottish vaudevillians who sent her to Los Angeles when she was 4 to live with an aunt. She sang “The Bonnie Banks o’ Loch Lomond” in Our Gang Follies (1938) and portrayed Judy Garland’s younger sister in Presenting Lily Mars (1943), gaining a reputation as “the Scottish Shirley Temple.”
She returned to Europe to begin her singing career in earnest, working with such musicians as James Moody, Kenny Clarke and Coleman Hawkins, then settled in New York in the ’50s and performed with members of the Modern Jazz Quartet. In 1953, she toured Europe with Lionel Hampton and his band.
After splitting with Lambert and Hendricks, Ross in 1964 opened a London nightclub called Annie’s Room. Her career suffered in the ’60s because of an addiction to heroin and a relationship with controversial comedian Lenny Bruce. More recently, she was a cabaret mainstay.
A Grammy winner, (she took out best performance by a vocal group for “High Flying” in 1961) Ross was named a Jazz Master in 2010 by the National Endowment for the Arts and was the subject of a documentary, No One But Me, two years later.
Survivors include her son, Kenny Clarke Jr. Her brother, popular Scottish comedian Jimmy Logan, died in 2001.