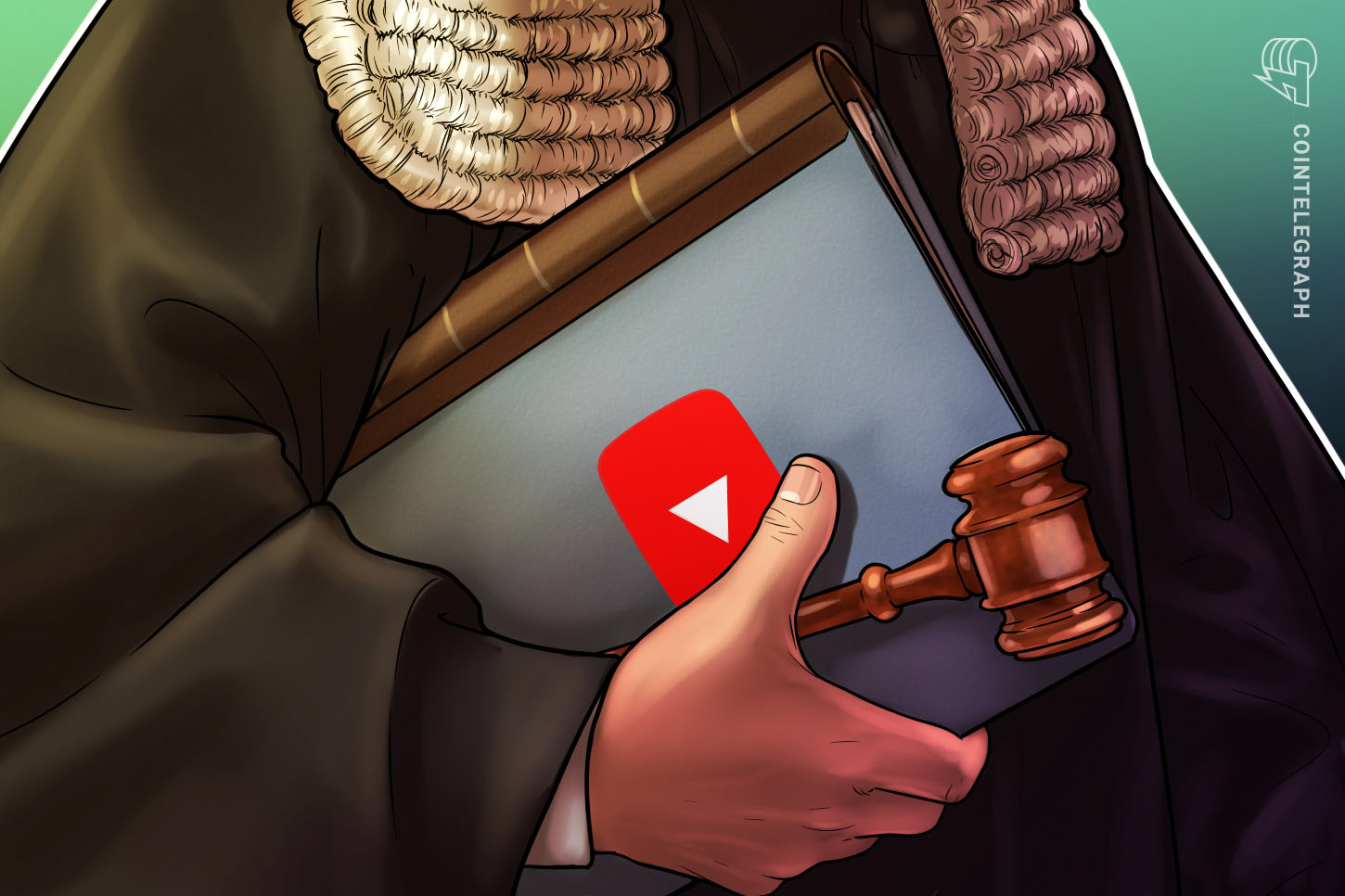 Lawyers for Steve Wozniak and 17 other people adversely affected by fake Bitcoin giveaway scams on YouTube have sued the platform and parent company Google for not acting quickly to ban such content.
According to a July 22 announcement from the law firm of Cotchett, Pitre & McCarthy, Google and its subsidiary YouTube failed to protect users from fake Bitcoin (BTC) giveaway scam channels featuring images and videos of Wozniak and other celebrities. The hijacked channels run giveaway scams stating that anyone who sends cryptocurrency to a certain address will receive much more cryptocurrency in return, when in fact they receive nothing.
Screenshot of fake Bitcoin giveaway video provided by Cotchett, Pitre & McCarthy
“If YouTube had acted quickly to stop this to a reasonable extent, we would not be here now, said Wozniak.
YouTube, like Google, seems to rely on algorithms and no special effort requiring custom software was employed quickly in these cases of criminal activity. If a crime is being committed, you must be able to reach humans capable of stopping it. What human would see posts like these and not ban them as criminal immediately?”
According to Joe Cotchett, one of the partners at Cotchett, Pitre & McCarthy, YouTube knowingly allowed the Bitcoin scam to go on for months, promoted it, and profited from it by selling targeted advertising.”
The complaint comprises Wozniak and 17 others from the United States, Canada, the U.K., Japan, Malaysia, China, and Europe who were victims of the BTC scam.
Wozniaks lawsuit comes a day after YouTubes dismissal bid in a similar case brought by Ripple Labs. The crypto firm sued the platform for its alleged failure to stop XRP scammers and impersonators.
However, in a statement on July 21, YouTubes legal team argued the video sharing platform is not liable for any content including scams provided by third parties.
Unlike Ripples case, which was filed in federal court, Wozniaks legal team will be heard by a judge in the Superior Court of the State of California in the County of San Mateo, a state-run court.
Wozniak and his legal team will be holding an in-person and virtual press conference on July 23 at 11:00 AM PST in Burlingame, California.