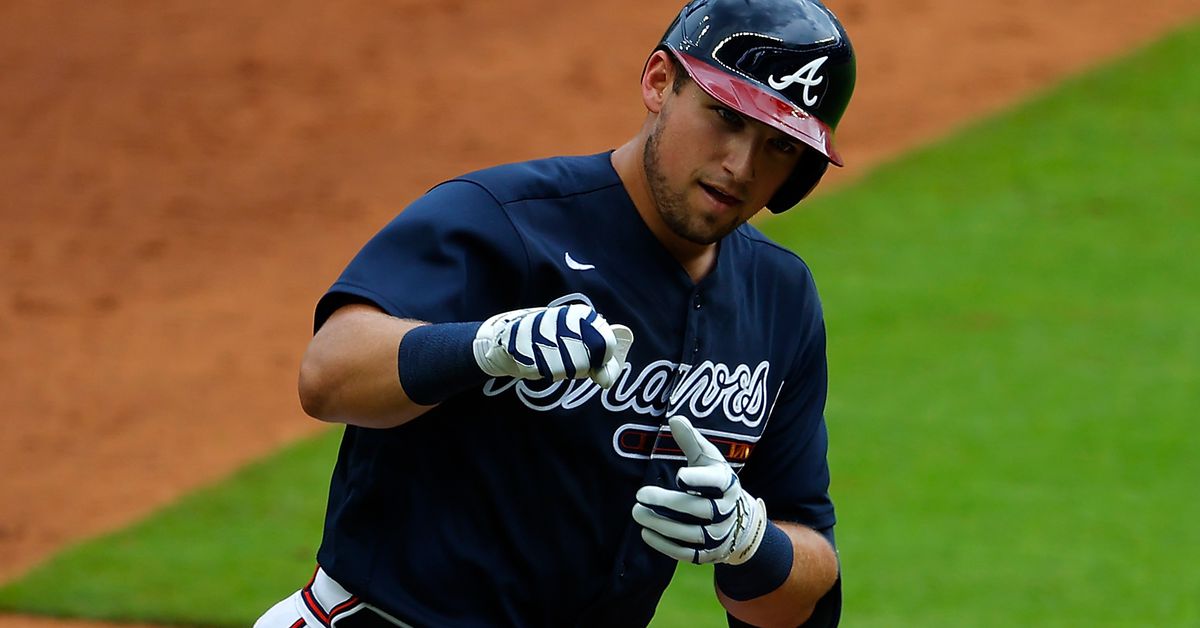 The Marlins offense struck early, often, and finished strong against the Braves in exhibition baseball today. The Braves werent able to pull off another miracle comeback and ended up losing by the score of 6-2.
After finding themselves in a hole during last nights game against Miami, the Braves seemingly decided that they enjoyed that experience so much that theyd like to do it again. This time, the hole was much smaller for Atlanta as Miami initially got out to a two-run lead heading into the bottom of the third inning. Kyle Wright gave up a leadoff double to Brian Anderson in the second inning and that turned into a run following a single from Jorge Alfaro. Then in the third inning, it seemed as if Wright was going to escape from the inning unscathed after he picked off Jonathan Villar to clear the bases with two outs. Following a walk to Corey Dickerson and a double from Harold Ramirez, Miami had doubled their lead.
Atlantas first seven batters failed to reach base before Austin Riley came up to bat with one out in the bottom of the third inning. Riley emphatically changed things for the Braves after he hit a towering shot 438 feet to dead center field to put the Braves on the board.
By the time the fifth inning rolled around, Kyle Wright had already been done for the day after getting the first two outs of the fourth inning. It was then Mark Melancons turn to take the bump and after getting the first two outs pretty quickly, things turned sour in a hurry. Corey Dickerson received a bit of love from the baseball gods after he hit a blooper that landed in a perfect position to elude three Braves fielders who were all pursuing the ball. This innocuous bloop single turned into a malignant problem for the Braves just a few pitches later once Harold Ramirez deposited a hanger into the vast expanse of empty seats in left center field to give Miami the 4-1 advantage.
The Braves responded immediately in the very next frame, and once again it was Austin Riley who was the one who was doing the damage. While Rileys second dinger of the day didnt go as far as his moonshot from the third inning did, it was still impressive to see the righty send one soaring into the barren Chop House for Atlantas second run of the day.
The score was still 4-2 in favor of Miami as the game went into the ninth inning. Luke Jackson was called upon to get in some work and lets just say that things did not go well. The only thing that was positive when it came to results for Luke was that he did get one out. After that happened, he surrendered three hits and a walk before Brian Snitker gave him the hook. Once the smoke cleared after Huascar Ynoa put out the fire, the Marlins had a 6-2 lead. On this day, the Braves werent able to dig themselves out of the hole.
Although the game didnt go Atlantas way, the result was inconsequential. The most important thing was that the Braves were able to get out of the game without seeing any key players go down due to injury. This means that the Braves should be ready for the regular season action that awaits them in New York City on Friday afternoon. Folks, were almost there.