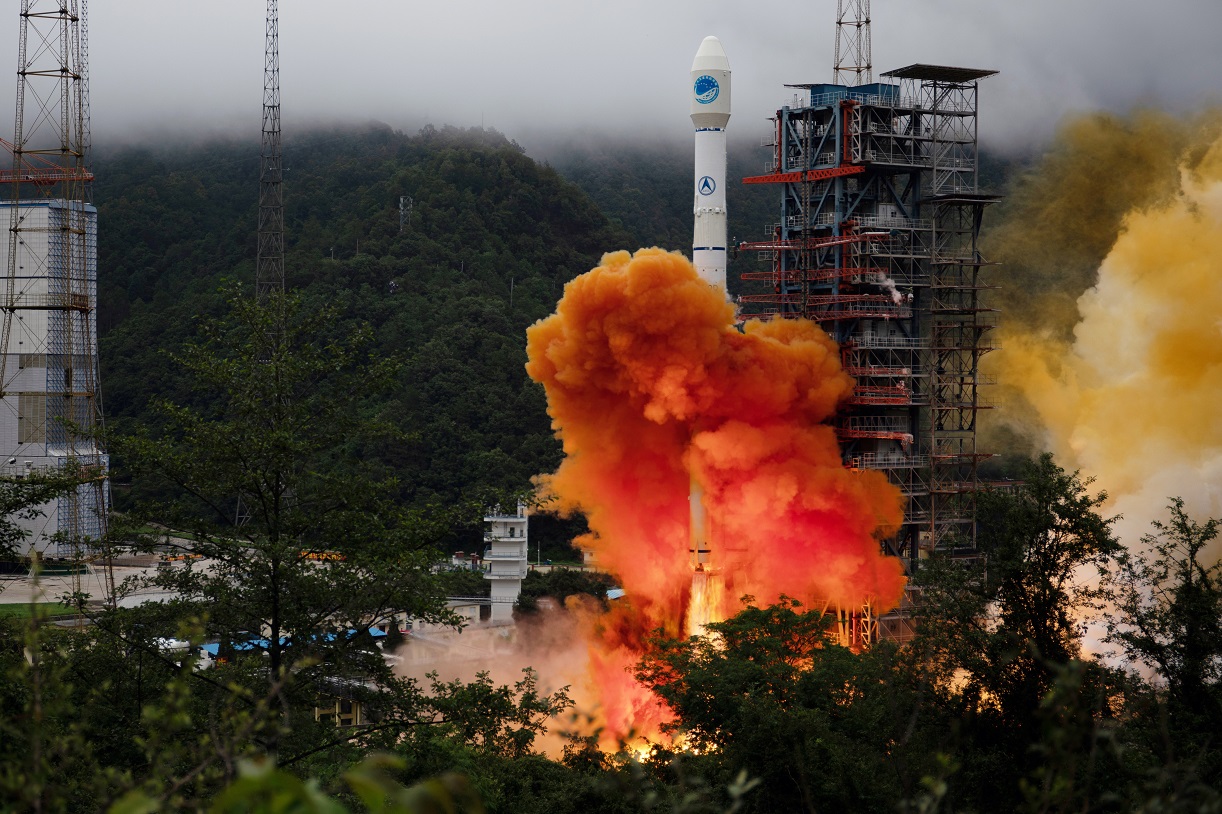 On this day in 1969, Americans Neil Armstrong and Edwin Buzz Aldrin became the first humans to walk on the moon. They were the first of a select group of Americans to be the only humans to do so.  Fast forward to more recent times: in May, the world saw America return to launching Americans to space with the SpaceX launch to the International Space Station. Now, in just ten days, NASA will launch its Perseverance rover to Mars, the latest in a fleet of American vehicles on the red planet. The historic anniversary of Apollo 11 and NASA current activities remind us of both Americas dominant history as well as its current dynamism in space.
Under NASA Administrator Jim Bridenstines strong leadership, NASAs long-awaited Commercial Crew Program (CCP) has come to fruition with the May 30 launch of two NASA astronauts to the station and subsequent successful dockingsignifying Americas return to putting people into space under its own flag, and not relying on the services of othersespecially countries like Russia that are strategic competitors. Moreover, this return occurs with an embrace of the dynamism of the free market. NASA is getting out of the business of putting astronauts and material into low-Earth orbit. Not only can NASA buy these services at competitive market rates from American firms, stimulating a new sector of the U.S. economy, it can now focus on its greater national priorityexpanding U.S. access to deeper spacethe Moon, Mars, and beyond.
This represents the next generational leap for NASAApollo took Americans to the moon, and the space shuttle cemented American leadership in building the International Space Stationbut NASA was stuck in low-earth orbit. By transitioning the earth to orbit taxi/freight business to American commercial launchers, it can now take Americans to the Moon, Mars and beyond. This major shift in NASAs operations gets lost in media commentary, coming at the same time that Chinas space program has made great strides.
Chinese announcements come frequentlyplans for Chinese landers, Chinese crew on the Moon, new Chinese space launchers, Chinese plans for a space station, and an upcoming Chinese launch to Mars. It all sounds impressivebut lets remember, as NASA has learned, it is easier to announce plans than it is to accomplish them.  In considering most of Chinas ambitious plans, its worth noting that NASAs already done all of thatmost of it decades ago.

NASA runs the most comprehensive space exploration program of the solar system, with more missions than the rest of Earth combined. For a quick survey of the solar system, NASAs Mariner 10 and MESSENGER spacecraft are the only missions to have explored Mercury but the European Space Agencys BepiColumbo is on its way. The United States and USSR both sent missions to explore Venus in the 1960s, 1970s, and 1980s, followed by the European Space Agency and Japan in the 2000s. Mars has largely been an American frontier not only for its rovers but for its orbiters as well, including theOdyssey, Mars Express, Mars Reconnaissance Orbiter, Mars Orbiter Mission, MAVEN, and the Trace Gas Orbiter. Others are launching to Mars this year, with the UAE, India, and China sending missions that could join the Americans there. The only ten missions to Jupiter and Saturn have been U.S. missions, although some required the participation of the European Space Agency, and America is the only nation to send missions to Uranus and Neptune (Voyager 2) and Pluto (New Horizons).
As China is making new developments in space, NASAs dominance in that region makes it the envy of the planet. In addition to its impressive history, NASA is currently running more than eighty-five active missions to explore the solar system, the Commercial Crew Program is now coming to fruition, it is returning Americans to the moon, and developing the hardware go to Mars. This is happening in addition to NASAs contributions to the U.S. economy, and to education in America, both of which help make the case for continued investment in NASA and to maintain NASAs lead over China and other strategic competitors. As China continues its progress, Americans need to remember their countrys historical, current and future dominance in space. This context is important for recalling, especially when it comes to China, that it is easier to plan a mission than it is to achieve the missions end goal.
Shay Stautz ran for AZ Congressional District 2 in 20192020, and was the federal advocate for the University of Arizona (20062017), and holds an MA in National Security Studies from Georgetown University.
Image: Reuters