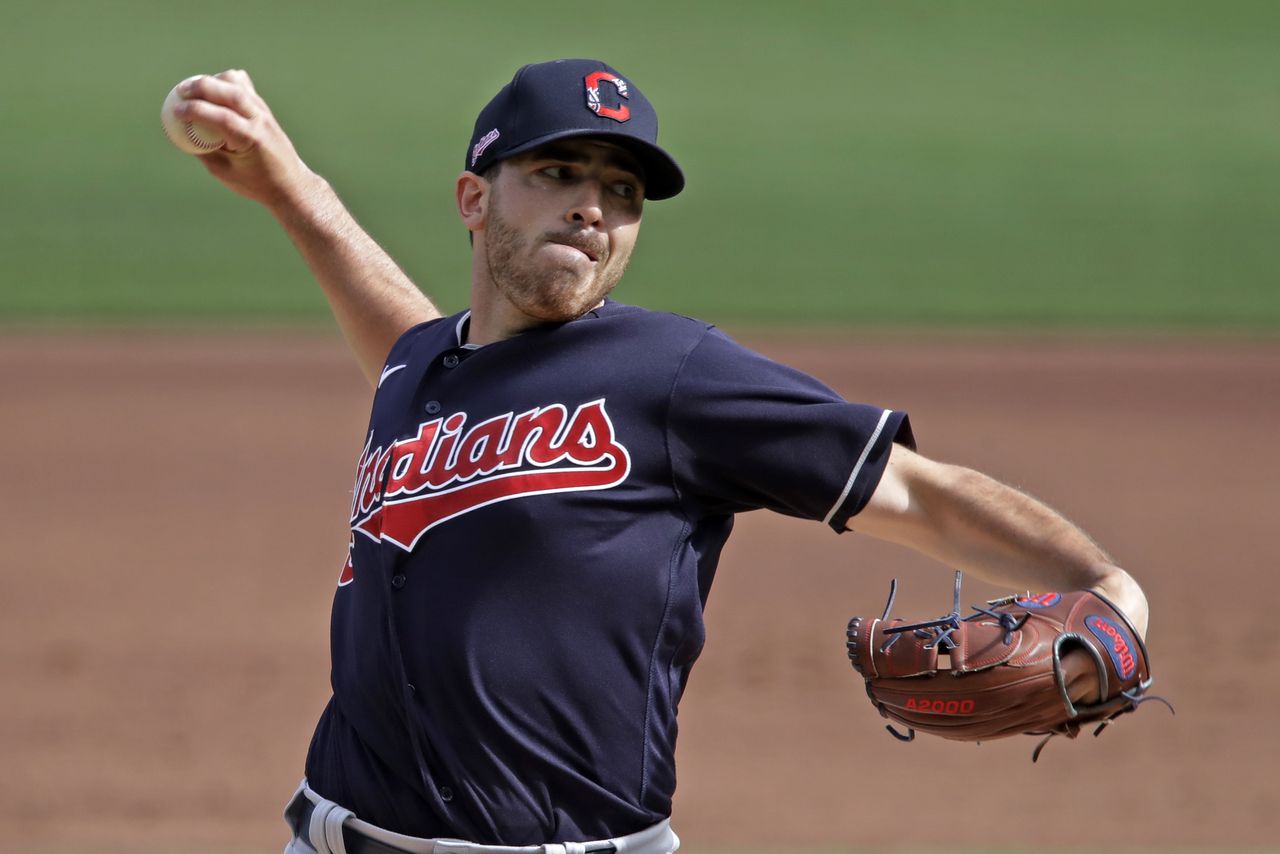 CLEVELAND, Ohio Next time the Cleveland Indians take the field in 2020, the 60-game sprint to the playoffs will be underway. Manager Terry Francona and the Indians wrapped up summer exhibition play Wednesday with a 5-3 win against Pittsburgh at PNC Park. Fridays season opener against Kansas City is next on the agenda.
But first, Francona and the Indians completed a three-game exhibition sweep of the Pirates behind five strong innings by righty Aaron Civale. Francona praised Civales maturity and his readiness since summer camp opened three weeks ago.
Hes been good, Francona said. He pitches beyond his years, which we really like.
The top five hitters in Clevelands lineup combined to go 7-for-15 through the first five innings, including a pair of home runs with Cesar Hernandez, Jose Ramirez and Carlos Santana each collecting a pair of hits.
Santana opened the scoring with an RBI single in the first and added his third exhibition home run of the year on a line drive to left in the third against Pittsburgh starter Derek Holland.
I took a good swing at an inside pitch, Santana said. I know Holland and how he likes to attack me. The first at-bat he threw a couple of sliders. For me, my focus was on good contact and thinking in the middle.
Santana said the clubs energy is high as training camp wraps up, and that the players are eager to finally open the regular season on Friday against Kansas City.
Were ready, Santana said. Weve been working hard during the last three weeks. Im ready to roll.
Franmil Reyes added an RBI single in the first and Jose Ramirezs solo home run in the fifth off reliever Kyle Crick gave the Indians a two-run advantage.
Civale allowed four hits and did not walk a batter in five innings (79 pitches). His only mistake was a high 0-2 fastball that Pirates slugger Josh Bell launched to right field for a two-run homer that tied the score in the bottom of the first.
Afterward, the 25-year-old said it was good to finally face a lineup that didnt have Cleveland on the front of its jerseys.
The feel was a little more game-like, Civale said. It was good to get back out there and go compete again.
Adam Plutko, who moved to the bullpen earlier this week after the No. 5 spot in the starting rotation went to Zach Plesac, pitched a scoreless inning in relief of Civale in the sixth. Francona said one of his goals was to get Plutko some work out of the bullpen Wednesday.
It was good for him, Francona said. His fastball played up a little bit, which is nice to see. And now when he comes into a game it wont be his first time relieving.
Closer Brad Hand allowed a run on two hits, including an RBI double by Jerrod Dyson in the seventh. But Hand struck out the side, getting Kevin Newman on a slider to end the inning. Adam Cimber worked a scoreless eighth inning, striking out Andrew Susac on a slider.
Christian Arroyo added a solo home run in the ninth against Pirates lefty Miguel Del Pozo to put the Indians back up by a pair.
James Karinchak walked two batters in the ninth, but struck out Socrates Brito on a 96.1 mph fastball and got Ji-Hwan Bae to pop out to shortstop Yu Chang for his first exhibition save. Francona said the Indians will have to be patient while Karinchaks command develops.
His stuff is so good, as he develops and matures, youre going to see a really good pitcher, Francona said. Theres going to be some times were going to have to put our seat belts on and be patient because hes going to lose the plate from time to time.
–
New Indians face masks for sale:Heres where you can buy Cleveland Indians-themed face coverings for coronavirus protection, including a single mask ($14.99) and a 3-pack ($24.99). All MLB proceeds donated to charity.
More Indians coverage
Civale was determined to finish what he started in 4-1 Indians intrasquad victory
Logan Allen, Scott Moss reassigned to Eastlake and 3 more things we learned Friday
Are Carrasco, Clevinger ready to roll for the Indians next week? Podcast
Indians sign 2020 draft pick Tanner Burns of Auburn to $1.6M deal
Carlos Carrasco goes five innings and Bradley Zimmer homers — again
Oliver Perez, Carlos Santana keep rolling and 4 other things about Indians
Franconas message to Class of 2020: Find what your passion is, grab it with both hands
Bradley Zimmer making it hard to be overlooked
MLB Network to air Indians vs. Pirates exhibition game on July 18
Yu Chang, Bradley Zimmer continue to mash at summer camp: Podcast
Mike Clevinger struggles in Wednesday intrasquad; Bradley Zimmer, Yu Chang homer
Tyler Naquin keeps making strides and 4 more things about the Indians