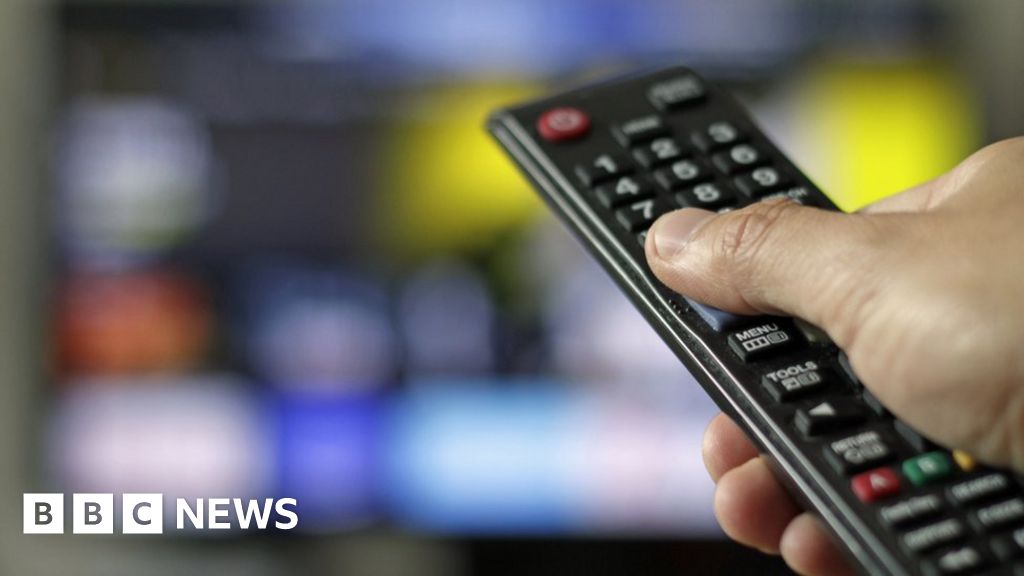 Image copyrightGetty ImagesImage caption
Television channels and streaming apps like Netflix have seen their viewing figures soar during lockdown
Restricting television viewing to two hours a day could prevent or delay poor health, according to a new study.
Health risks associated with screen time, such as cancer and cardiovascular disease, were at their lowest when daily TV time was two hours or less.
The study from the University of Glasgow, followed almost 500,000 participants aged 37-73 over a 12 year period between 2006 and 2018.
Researchers said the findings mean adults should minimize exposure.
If all participants limited television time to two hours a day, potentially 5.62% of all deaths and 7.97% of deaths due to cardiovascular disease could have been prevented or delayed.
It was not just the traditional television screen that was included in the study, watching videos on a mobile phone counted too.
Image copyrightGetty ImagesImage caption
Current physical activity guidelines in UK encourage 150 minutes of moderate physical activity or 75 minutes of vigorous activity a week
Dr Hamish Foster from the University of Glasgow’s Institute of Health and Wellbeing led the study.
He said that the latest research backed the current evidence that watching too much TV – and living a sedentary lifestyle more generally – could lead to poor heath.
“Our study suggests limiting TV time could delay or prevent a lot of adverse health”, Dr Foster said.
“However, there is still more work to be done before we can make firm TV time recommendations.
“Further research is needed to understand all these factors and inform future advice and guidelines.”
He added that unhealthy snacking and lower socioeconomic status are linked to both TV time and poor health.
Researchers also looked at the potential benefits of substituting television time with healthier activities such as walking.
They found people who would benefit most from replacing longer periods at a screen with more time exercising are those who only spend very small amounts of their day doing those healthier activities.