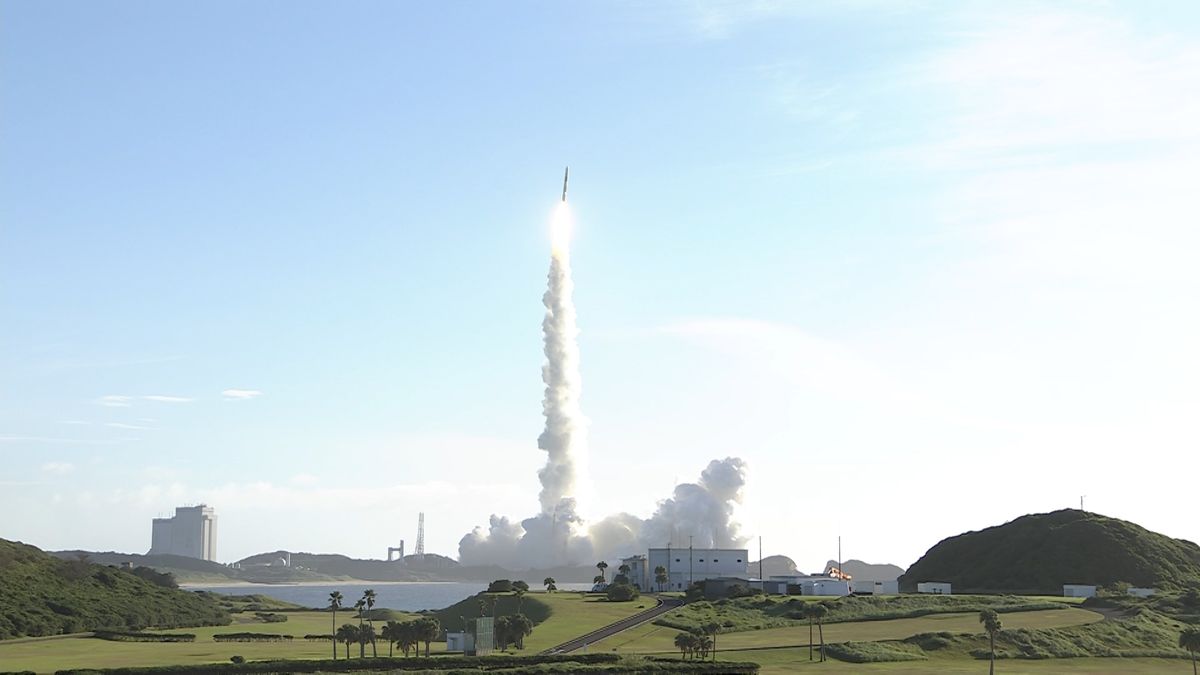 The United Arab Emirates is on its way to Mars, claiming the title of first Arab country to launch an interplanetary mission, which it designed and built in just six years and dubbed Hope
.
The Hope Mars orbiter launched toward Mars on a Japanese rocket on Sunday (July 19). Its name was carefully chosen to reflect the country’s goal for the mission, which focused as on spurring space exploration and science in the UAE
as on actually reaching the Red Planet. But like the name of NASA’s own Mars mission launching this month, the Hope name has taken on a new resonance over the past months as the world navigates the throes of the coronavirus pandemic, which complicated launch preparations for both Mars missions. Nevertheless, both spacecraft made it to their rockets in time for the rare three-week launch window to the Red Planet.
“Whether it’s the Mars Perseverance mission
or the Mars Hope mission, all of us believe that this is critical for our nations to inspire the next generation, to provide hope, and demonstrate perseverance,” NASA administrator Jim Bridenstine said during a webcast held before launch.
Related: The United Arab Emirates’ Hope mission to Mars in photos
“The naming of these two robots, if you will, I think is absolutely perfect,” Bridenstine said. “Certainly I think what we’re trying to do here is give people — people want hope, and this mission, I think, is a perfect example of that.”
The Hope mission’s compact timeline
, from idea to launch in just six years, prompted comparison to a different NASA program from Ellen Stofan, director of the Smithsonian National Air and Space Museum and a planetary scientist, during the same event.
“It reminds me of another country 50-some years ago now, that in eight and a half years made it from basically no space agency at all to sending people to the moon
,” Stofan said. “That spirit of Apollo is what I have really watched happening in the UAE, and they will get the same results that we got from Apollo: inspiring a generation to go out and do the impossible.”
Related: The boldest Mars missions in history
The UAE’s current ambassador to the U.S., Yousef Al Otaiba, struck a similar note in his remarks after the spacecraft successfully blasted off
to begin its journey to Mars.
“A young Emirati who is watching for the first time, [an Arab-built] spaceship carrying a probe to Mars, they’re going to grow up believing everything is possible, or they’re going to grow up believing that there is indeed hope,” Al Otaiba said. “I think it’s really, really important to see that, because we see so much conflict and tension and disagreement, and I’m not going to put my political hat back on, but everything is polarized.”
An artist’s depiction of the UAE’s Hope probe at work around Mars. (Image credit: MBRSC)
And for him, finding ways to collaborate despite that strained environment is vital, even for confronting the very same situation that threatened to derail Hope’s launch.
“If we’re going to focus on finding a cure for corona[virus]
, or the next pandemic, we’re going to have to work together; if we’re going to find a fix for climate change, we’re going to have to work together,” Al Otaiba said. “Some of these problems, frankly, are beyond any one country or any one institution to fix. People, especially young people need to grow up understanding the power of working together to accomplish greater things.”
Email Meghan Bartels at mbartels@space.com or follow her on Twitter @meghanbartels. Follow uson Twitter @Spacedotcom and on Facebook.
Join our Space Forums to keep talking space on the latest missions, night sky and more! And if you have a news tip, correction or comment, let us know at: community@space.com.