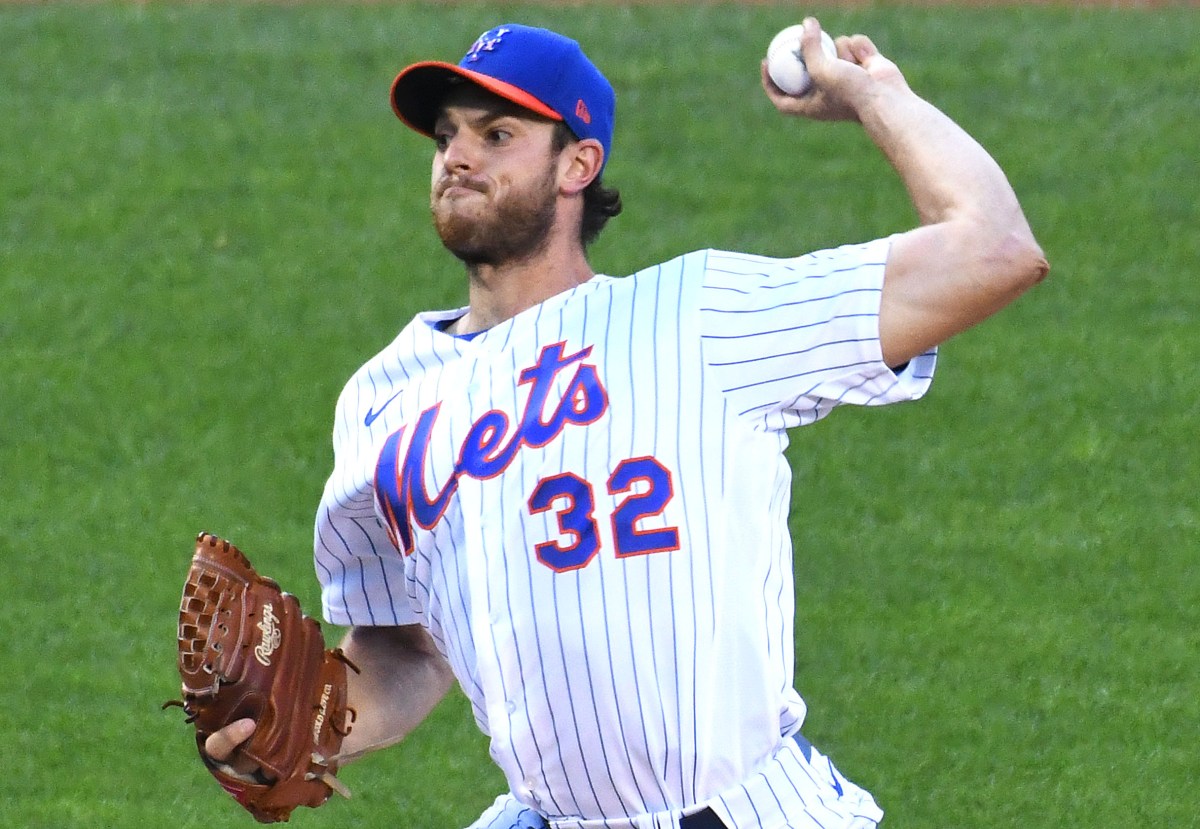 The Mets rotation for the season-opening series is set.
Jacob deGrom will start Fridays opener against the Braves, who will counter with Mike Soroka, at Citi Field. Steven Matz will get the nod Saturday, squaring off against Max Fried, with Rick Porcello set to make his Mets debut in Sundays series finale.
Porcello was originally scheduled to start in an intrasquad game Wednesday at Citi Field, but he was scratched after the Mets got news of Marcus Stromans muscle tear in his calf. Instead, Porcello threw a side session and will throw another on Friday in preparation for Sundays start.
Stroman wasnt the only pitcher to land on the injured list Wednesday as Robert Gsellman joined him there with right triceps tightness. The reliever threw off a slope to a standing catcher Tuesday, but he does not yet have a timeline for a return.
Hes progressing again, manager Luis Rojas said. Theres a plan to get him to ramp up, but its something well keep reassessing day-to-day with him.
Steven MatzRobert Sabo
Wilson Ramos participated in his first intrasquad game Wednesday since returning to camp from a three-day absence to tend to a personal matter. The catcher served as a DH and went 0-for-2.
Pete Alonso got clipped by a Franklyn Kilome pitch off the helmet in the Mets intrasquad game, but shook it off and stayed in.

Cam Newton Practicing With a Shirtless Julian Edelman Will Make You Forget All About Tom Brady – E! NEWS