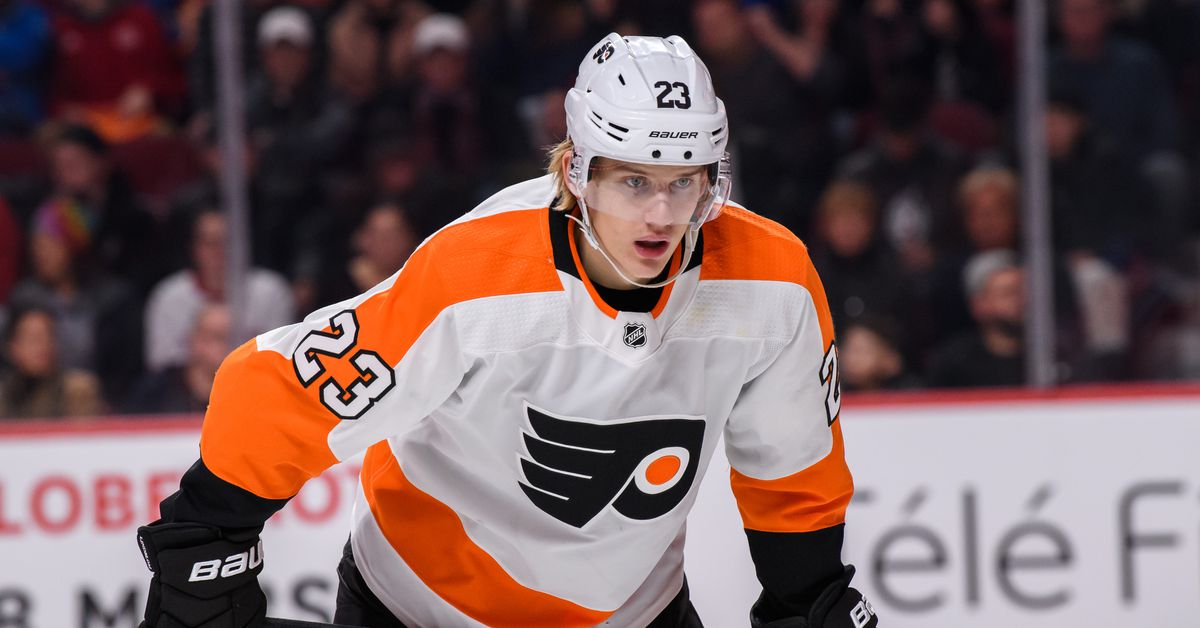 Just weeks after ringing the bell for his last round of cancer treatment, Philadelphia Flyers forward Oskar Lindblom now has something else to celebrate.
The Flyers announced Wednesday that Lindblom has agreed to a three-year contract extension with an average annual value of $3 million. Lindblom was set to become a restricted free agent following the conclusion of the season.
Lindblom, who turns 24 next month, was putting together a breakout campaign for the Flyers before being diagnosed with Ewings sarcoma in December. In 30 games during the 2019-20 regular season, he collected 11 goals and seven assists for 18 total points and was the Flyers goal-scoring leader at the time of his diagnosis.
The support that the organization, the fans, and the entire NHL has given me has been quite overwhelming, said Lindblom. I cant wait to get back skating with the boys and being the professional hockey player I know I can be. I want to thank the Flyers for giving me this opportunity and I look forward to the day Im back and contributing to the teams success.
Lindblom skated with his teammates last month just before his final round of cancer treatment. Since then, hes been named a finalist for the Bill Masterton Memorial Trophy, awarded to the player who best exemplifies the qualities of perseverance, sportsmanship, and dedication to hockey. Dallas Stars defenseman Stephen Johns and Ottawa Senators forward Bobby Ryan are the other finalists for the award.
According to Flyers general manager Chuck Fletcher, Lindblom may potentially join the team in Toronto for the playoffs, though its pretty much a given that he wouldnt actually dress for any games. However, he could still be eligible to work out with his teammates so long as the Flyers feel Lindblom wouldnt be at risk of being exposed to COVID-19.
It wasnt long ago that the entire hockey universe banded together to rally around Lindblom as he battled Ewings sarcoma. Now, not only does Lindblom appear to have defeated cancer, but hes officially back on track to start playing again something some didnt think would be possible half a year ago.
What a great day for the Flyers, and what an incredible feat for Lindblom.