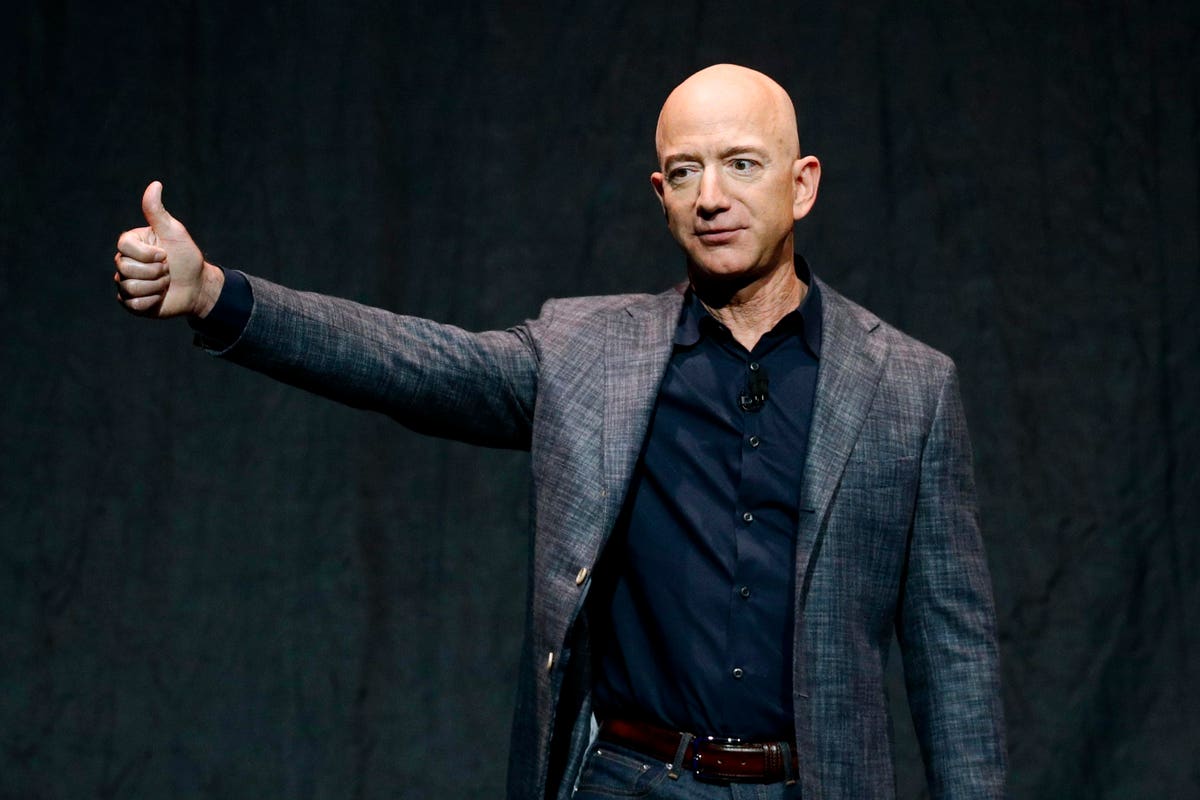 Amazon CEO Jeff Bezos (AP Photo/Patrick Semansky)
ASSOCIATED PRESS
In about four months time, there may have been irrevocable changes made to our economy, job market and wealth inequality. In its reaction to the virus outbreak, the governmentwhether intended or notset up winners and losers. Certain online giants, like Google, Apple, Amazon, Microsoft, Zoom, Facebook and Netflix, were able to conduct business as usual, whereas others labeled nonessential were forced to shut down or significantly curtail their operations. The fallout includes 51 million Americans filing for unemployment benefits and marquee corporations, such as J.C. Penney, Hertz, Neiman Marcus, Pier 1, Brooks Brothers and J. Crew, filing for bankruptcy protection.
CEOs, executives and large shareholders of the winners made fortuneson top of their existing fortunes. Most families don’t even possess an emergency fund of three months savings to get them through tough times. It’s been reported that people are unable to make their rent and mortgage payments, risking eviction. The extra $600 per week unemployment supplement, which recipients heavily depend upon, is set to expire July 31.
On Monday, when millions of unemployed Americans poured their cups of coffee and started searching for jobs online, Amazon CEO Jeff Bezos saw his net worth grow by $13 billion. Youre not reading this wrong. Yes, it’s the largest intraday jump in net worth, according to Bloomberg.
The Guardian wrote that at the height of the pandemic, Jeff Bezos, Bill Gates, Mark Zuckerberg (his net worth ballooned by about $15 billion in 2020), Warren Buffett and Larry Ellison collectively witnessed their already incredible wealth increase by $101.7 billion between March 18 and June 17.
Tesla cofounder Elon Musk goes on Joe Rogans podcast, drinks some whiskey, tokes on weed and professes that he doesnt care about his material possessions. Musk told Rogan that his homes, planes and cars can wear you down. The regular-guy schtick falls flat, as he finagled a contract that has awarded him billions of dollars. Musks net worth has tripled over the last seven months. Hes now worth about $75 billion. Musk, as reported by Reuters, qualified on Tuesday for a payout worth an unprecedented $2.1 billion, his second jackpot since May from the electric car maker following its massive stock surge.
Becoming wealthy and a multibillionaire is great. It’s the American way. The United States is one of the few places in the world where you can start out with nothing or immigrate from another country and become highly successful and rich. People, like Bezos, Musk, the founders of Google and Apple (as well as similar titans of industry), often offer valuable services and products that benefit consumers and make our lives easier and more productive. It’s not the wealth in itself thats troubling. The fear is that a small group of people are now controlling the lion’s share of wealth, power, political connections and control, while the vast majority of the population is either just getting by or hanging on by their fingernails.
Vice reported, Since the beginning of the pandemic, income inequality has continued to rise: while the super wealthy make even more money, a report by the Institute for Fiscal Studies found that, Households in the poorest fifthas measured by their pre-crisis incomehave been hit hardest in terms of earnings, with a fall in their median household earnings of around 15%.
This isn’t a new phenomenon and weve seen this play out in the past. CNN says, We’ve seen this happen before, in the recovery from the 2008 economic meltdownwhich, for most Americans, was never complete. Indeed, most U.S. households went into this pandemic with a lingering economic hangover from the 2008 crash. Only the top 20% of U.S. households had fully recovered the wealth they had prior to the Great Recession. It was a different story for the uber-rich and the wealthiest 400 billionaires in the United Stateshad fully recovered their wealth within three years. Within a decade, their wealth had increased over 80%.
This lopsided economy may be the incendiary spark that, in part, created the anger, resentment and frustration, which led to the riots, looting and mayhem we saw last month and continue to witness in places, like Portland, Oregon. Maybe it’s not a coincidence that weve all seen the emergence of Karens and the male equivalents, who are filled with uncontrollable hate and spew rage-fueled rants that can be viewed daily on Twitter.
The pandemic led to the creation of a new underclass of workers. These are the overlooked folks who stock shelves at Amazon, shop for our food in supermarkets, deliver packages, drive Ubers, take care of elderly residents at nursing homes and engage in an array of other gig-economy and lower-wage work. Those essential jobs place these people in dire situations, which substantially increase their health risks. Usually these are dead-end, no-growth roles that they remain stuck in.
If this trend continues, America could become a medieval, feudalistic country. Well have an elite oligarchy running things, supported by a coterie of top lawyers, accountants and managers. At the bottom of the pyramid will be the working class conducting all of the dirty jobs for low pay, at the cost of personal health risks.
This doesnt mean we need to take the wealth away. Our elected leaders need to formulate smart strategies to ensure that the other 99% of Americans will have a forward path toward leading a successful life for themselves and their children.