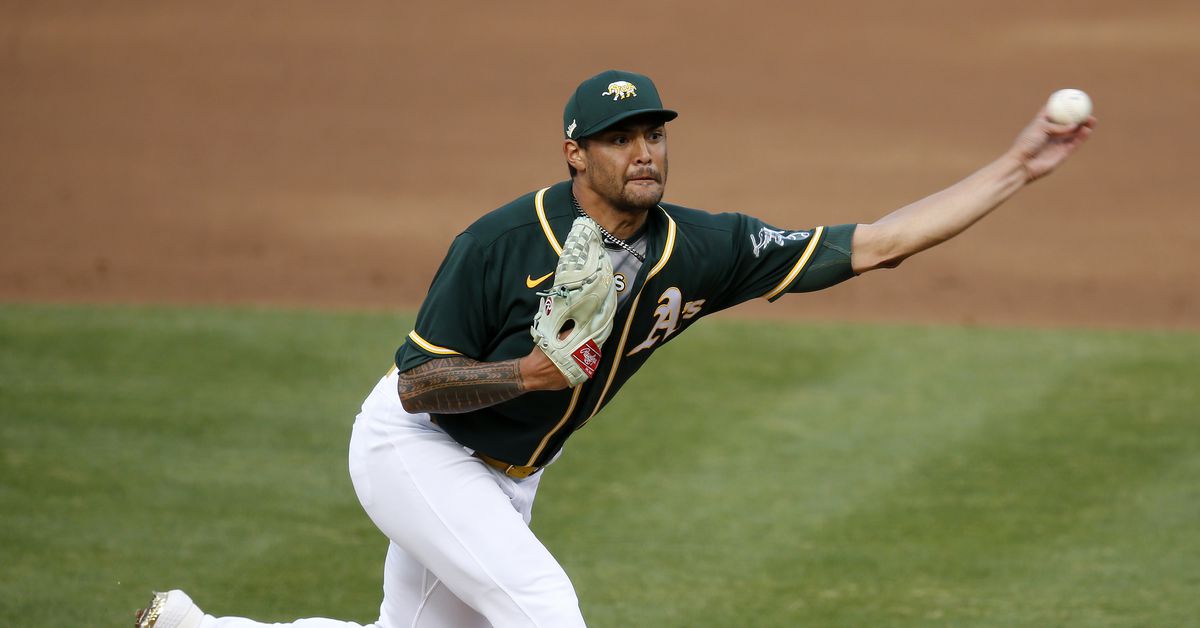 Its never too early to panic. Most practitioners recommend freaking out when your favorite teams record is 0-0, so if youre nervous after watching the As Monday and Tuesday night then youre doing just fine.
The panic itself, however, is not warranted as there is a pretty simple explanation for why Oakland looked like they werent ready for prime time pitching or hitting. You have been hearing for a while about the 3 week summer camp that will ramp teams up to the abbreviated 2020 season. The idea was for it to be short enough to get a season going, but just long enough to get teams game ready.
Now lets look at those 3 weeks. It was, right off the top, not quite 3 weeks but actually 20 days. Camp was to begin on July 4th, with Opening Day on July 24th. But thats only one measly little day. Trouble is, the brilliant and wholly competent (on Opposite Day) powers-that-be-at-MLB decided to start camp on a day its only testing center was closed. You cant start working out until you test negative oh, and also you cant test at all today. Or tomorrow, actually, because you know, Sunday. Who works on a Sunday?
So it wasnt until Monday, July 6th that test results were actually returned, meaning that not until Monday night could the As first hold a workout. The first real, full workouts were Tuesday, July 7th.
Then consider that the games you saw early this week were not scheduled for July 24th the date about 3 weeks after when the first workout was once supposed to be. In fact, these games, played July 20th and 21st, occurred all of 2 weeks after the As were finally cleared to begin summer camp. 2 weeks.
To put it in perspective, the 2-week mark in spring training 1.0 was on March 7th. At that point, you expect Sean Manaeas velocity to be a tick or two down from where it might be in his first regular season start. You anticipate that Mike Fiers command might be hit and miss. You are not surprised when Matt Olson is late on ordinary fastballs or if Khris Davis looks a bit lost with his timing.
The As didnt look bad so much as they looked like a team only 14 days into camp, and thats because they…were. For hitters, a huge key is timing and for pitchers a huge key is repeatability, and neither are fully present 2 weeks into live action and for the As most of the live action the past 2 weeks has been in scrimmages and intersquad games.
Now you may well reply, The Giants were in almost the same exact position and youd be right. My answer to that is to point out that the main effect of rust is that it levels the playing field: scrubs play like scrubs because they are, and stars play a lot like scrubs because theyre rusty.
So when two teams, one very talented and one very much rebuilding, square off too early, the result is going to relatively favor the rebuilding team. Especially when the contender faces 18 pitchers in 18 innings and isnt in mid-season form to adjust.
I really wouldnt read a thing into how flat the As hitters looked, or how middling the As pitchers were at times. It is probably entirely explained by the calendar and nothing else. As to whether Oakland will magically be ready for prime time on Friday, all I can offer is, I hope so because prime time it is, game 1 of just 60 in a wild ride to come. Ready or not, here we come.