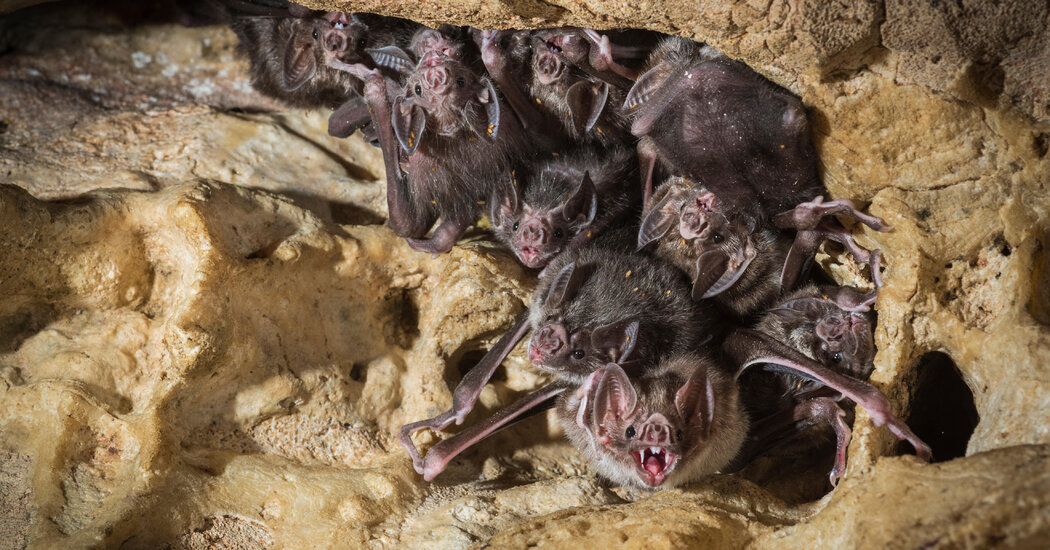 Finding, catching and keeping them in captivity is not hard, Mr. Stockmaier said, if you know where to get blood. (His team gets all it needs from local slaughterhouses.)
For the experiment, the scientists injected 18 female bats once with lipopolysaccharide (LPS), a compound that induces an immune response similar to a bacterial infection, without actually causing the illness or threat of infection in the bat. It usually lasts between 24 and 48 hours. Females were used because they are more social than males, engaging more often in grooming and communal feeding and maintaining bonds with their offspring for long periods.
The researchers later injected the same group of female bats with saline solution as a control. In both cases, they removed the bats from the larger group but within hearing distance and recorded and measured their calls.
They found that, on average, the bats made 30 percent fewer calls, with 15 of 18 recording fewer calls compared with the control group.
In another study, Mr. Stockmaier said, the researchers discovered that bats injected with LPS produced symptoms of illness, slept more, moved around less and performed less social grooming. He also noted that previous studies have shown that many similar animals require eight times more energy to call out than not to call out.
So, they concluded that it is more likely that the bats are just feeling too lousy to call out, rather than intentionally stifling themselves as a naturally selected, personal sacrifice to prevent pathogen transmission to the group at large.
Mr. Stockmaier laments that bats are getting a lot of bad press right now, mainly because it is widely believed that the new coronavirus, which causes Covid-19, originally jumped from horseshoe bats. He is quick to point out that is a different species from vampire bats, and that all of them offer something unique to study.
I love bats, he said. I think they are fascinating animals.