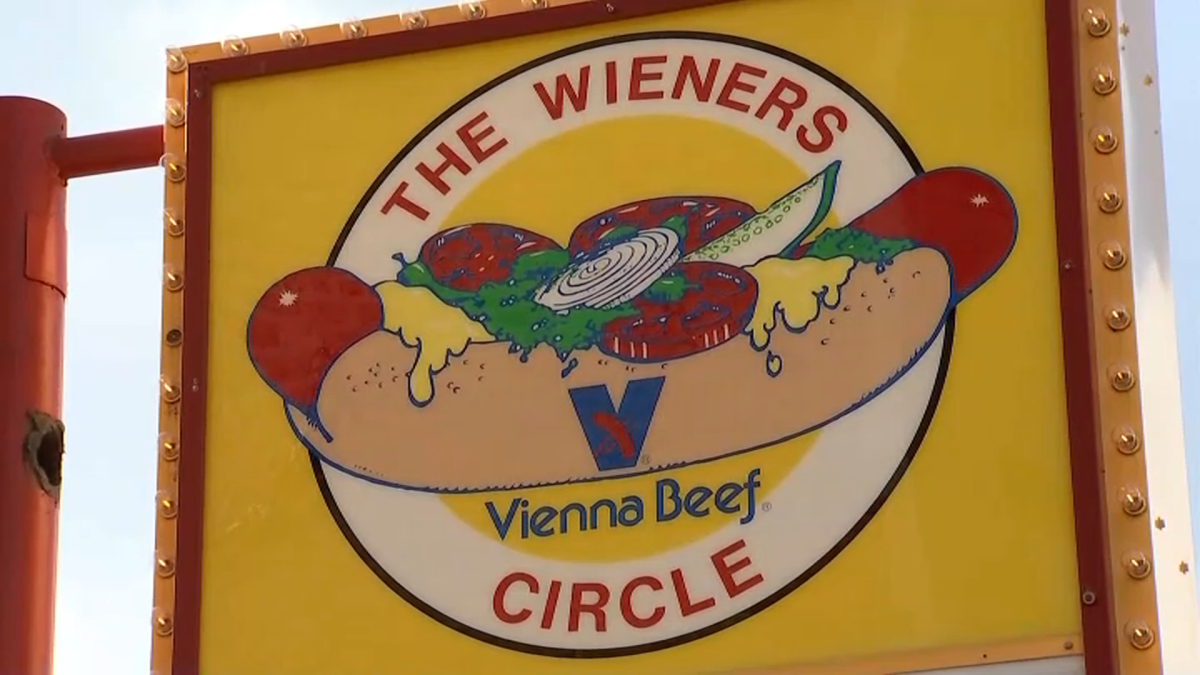 The Wieners Circle celebrated National Hot Dog Day in a way only the city’s rudest hot dog stand could – with a strongly worded message tackling city politics on its marquee.
The eatery, famed for its snarky and mean service, has made headlines for stances taken on its widely-seen marquee.
On Wednesday, that was no different.
“Federal agents unless ur here for Kanye please leave,” the sign read.
The stand posted a photo of the sign to social media with the caption “Happy National Hot Dog Day.”
The message addresses not one but two political headlines making waves across the city.
President Donald Trump announced Wednesday he will send a “surge” of federal agents to Chicago as part of a plan to combat “violent crime.” The Department of Justice will deploy hundreds of agents from the DEA, ATF, U.S. Marshals Service, Department of Homeland Security and FBI to the city to “help drive down violent crime,” Trump said in a speech at the White House.
The move is part of the so-called “Operation Legend,” which was launched in Kansas City, Missouri earlier this year, Trump said.
“Perhaps no citizens have suffered more from the menace of violent crime than the wonderful people of Chicago,” Trump said.
The announcement wasn’t unexpected as Chicago Mayor Lori Lightfoot confirmed Tuesday that federal agents were being sent to the city. So far, she said, the city doesn’t “see a Portland-style deployment coming” and as of now, the Trump administration will not be deploying “unnamed agents” to Chicago’s streets.
“It’s too soon to be able to say if this is a value add or not,” she said following Trump’s announcement Wednesday.
The Trump administration deployed militarized federal agents to Portland despite protests from local officials.
The mayor of Portland demanded Friday that Trump remove the agents after some detained people on streets far from federal property they were sent to protect. The ACLU of Oregon said the federal agents appear to be violating people’s rights, which should concern everyone in the United States.
But the message from the Wieners Circle also mentions Kanye West, who recently filed to be on Illinois’ Presidential Ballot.
West also sparked headlines this week after a Twitter rant Monday night that saw the rapper post a series of cryptic messages towards his wife Kim Kardashian West and mother-in-law Kris Jenner.
In addition to the series of now-deleted tweets, West, who announced earlier this month that he is running for president, also gave a rambling speech during a campaign rally in Charleston, South Carolina, on Sunday in which he broke down crying when saying that he and Kardashian nearly terminated their first pregnancy.
Some are laughing at Kanye West and others are dismissing his recent behavior. But Dr. Imani Walker dives into why his recent antics are troubling for someone who’s suffered from mental health issues in the past.
Kardashian West issued a long message on her Instagram stories on Wednesday.
“As many of you know, Kanye has bi-polar disorder,” she wrote. “Anyone who has this or a loved one in their life who does, knows how incredibly complicated and painful it is to understand.
“I’ve never spoken publicly about how this has affected us at home because I am very protective of our children and Kanye’s right to privacy when it comes to his health. But today, I feel like I should comment on it because of the stigma and misconceptions about mental health.”
It’s not the first time the Wieners Circle has waded into current events in the city.
The hot dog stand most recently made waves for a sign following the death of George Floyd.
“I can’t breathe. I can’t jog. I can’t kneel. I can’t watch birds,” the marquee reads – a nod to several recent racially-charged incidents involving black men across the country.