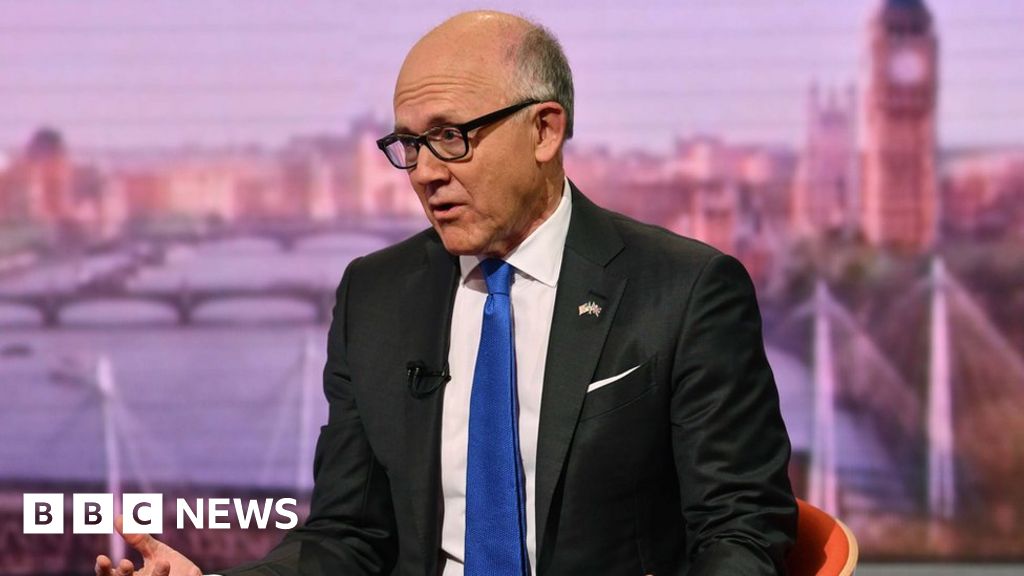 The US ambassador to the UK has denied reports he made “insensitive” remarks about race and gender to embassy staff.
CNN said Woody Johnson had been investigated by US officials after making “generalisations about black men” and “cringeworthy” comments about women’s looks.
But the diplomat tweeted that the claims were “totally inconsistent with my longstanding record and values”.
Mr Johnson was named ambassador to the UK by President Donald Trump in 2017.
CNN also reported Mr Johnson had sought to promote the president’s business interests in the UK by asking politicians if the Open Championship golf tournament could be played at Mr Trump’s Turnberry course.
But Mr Johnson, who is part-owner of NFL team the New York Jets, denied that claim too.
“I have followed the ethical rules and requirements of my office at all times,” he wrote on social media.
Asked about the allegation at a White House press conference on Wednesday, President Trump said he had never spoken to Mr Johnson about the matter.