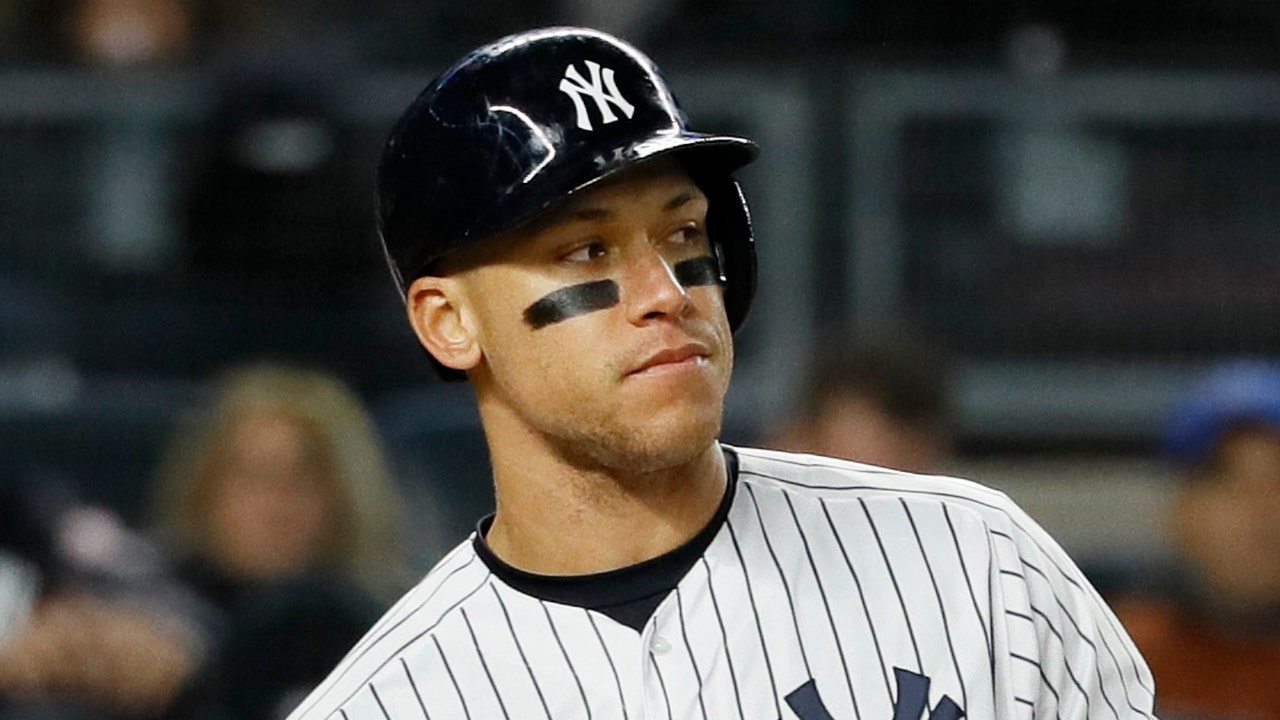 New York Yankees outfielder Aaron Judge wants to make one thing clear ahead of Thursday’s opening game against the Washington Nationals: Regardless if some players decide to kneel during the national anthem, the team will be a unified front.
Judge said Tuesday following a team workout in New York that he supports anyone’s decision to protest during the national anthem.
TRUMP READY FOR LIVE SPORTS BUT SAYS HE WON’T TUNE IN IF PLAYERS KNEEL DURING NATIONAL ANTHEM: ‘GAME IS OVER FOR ME’
“That’s the beauty of America, is freedom of speech,” Judge said, according to the New York Post. “The freedom to express yourself. We’ve got a special platform being athletes. And being able to speak our mind and speak [to] what’s going on in this world. And some people express it online. Some people express it with words. Some people kneel, do what they need to do.”
He continued: “I think whatever message that we try to give out here is, we want to express unity and that we’re all in this together. I think that’s the biggest message that we’re going to try to get across from here. We’re all in this together. Try to have those uncomfortable conversations that we need to have. Bring up those uncomfortable talking points. But no matter what happens, we’re in this together.”
No player on the Yankees kneeled during any of their three exhibition games, but Judge said it’s something they plan to talk about before the season opener.
MLB’S 2020 PANDEMIC-SHORTENED SEASON: EVERYTHING YOU NEED TO KNOW
“We haven’t discussed it yet as a team,” he said. “It’s kind of tough to meet in one area with all of the rules and regulations, meeting 6 feet apart, but we’ll definitely discuss it going into Thursday.”
Manager Aaron Boone has said he plans to back any player’s decision to kneel.
“This country allows you to express yourself in many different ways and that’s one of the beauties of it. So I respect how anyone wants to demonstrate, whether it’s in protest or it’s in solidarity, whatever the reasons may be — I have no issue with that. I support that. And if that comes our way as a club, I’ll stand behind whoever has a strong feeling about it one way or the other.”
CLICK HERE TO GET MORE SPORTS COVERAGE ON FOXNEWS.COM
San Francisco Giants manager Gabe Kapler and several of his players knelt during the national anthem before their exhibition game against the Oakland Athletics on Monday. In San Diego, Los Angeles Angels reliever Keynan Middleton kneeled and raised his right fist.
Several Cincinnati Reds players followed suit on Tuesday and also kneeled during the national anthem.