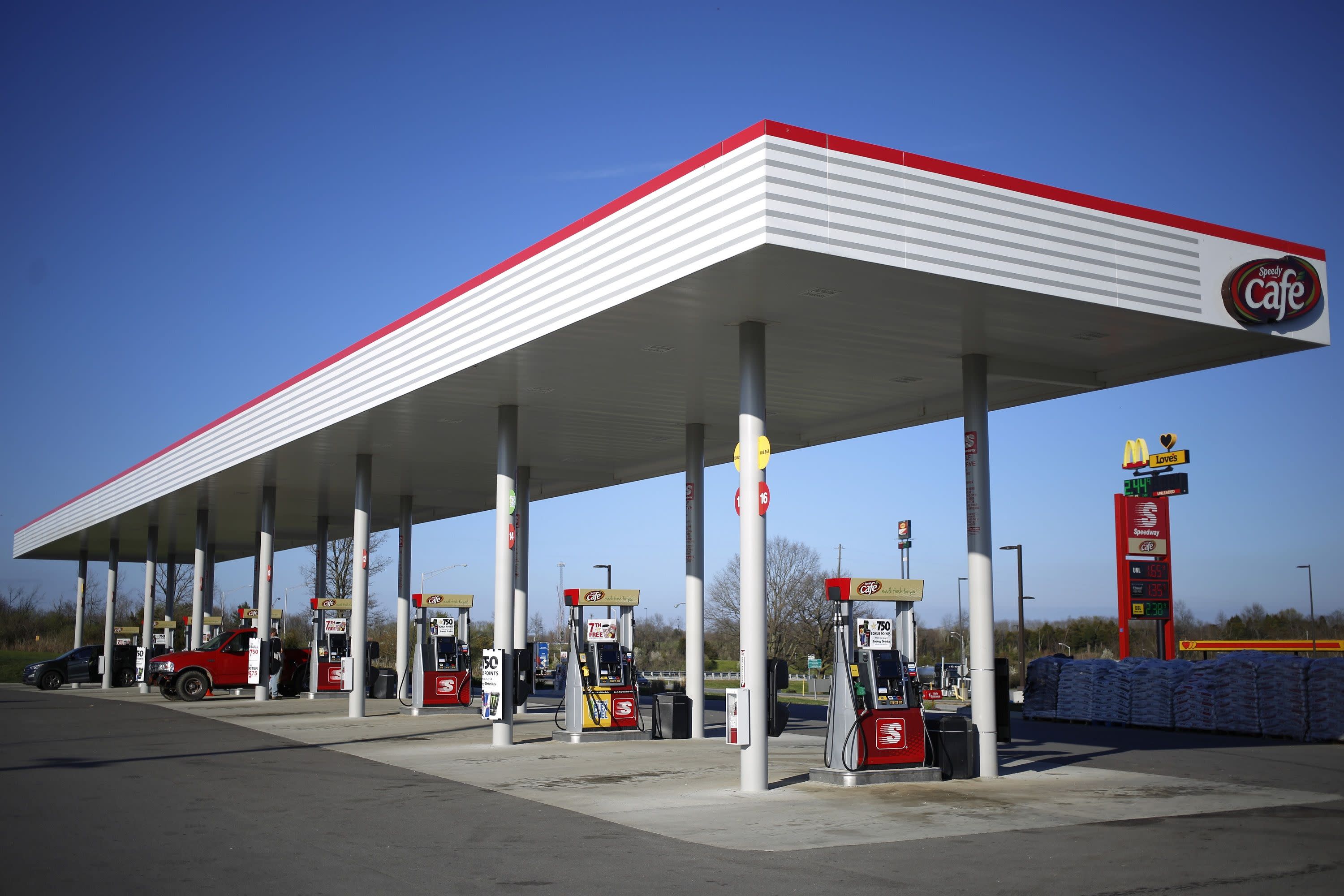 (Bloomberg) — Seven & i Holdings Co., the worlds largest convenience-store franchiser, agreed to buy Marathon Petroleum Corp.s Speedway gas stations for $21 billion, betting that an expanded U.S. footprint will deliver growth amid the uncertainty of the pandemic.
The transaction, to be paid in cash and partly financed using debt, will add about 3,900 stores to 9,800 locations operated by the retailers U.S.-based 7-Eleven unit, the Tokyo-based company said in a statement Monday.
Seven & i shares fell as much as 8.4% by midday, the biggest intraday decline since March. Marathon rose 20% before regular U.S. trading hours.
The deal is the second-largest purchase of a U.S. target this year and the biggest yet for Seven & i, a retail giant with 69,000 stores worldwide including 7-Eleven outlets and Ito-Yokado supermarkets in Japan. Seven & i spent $3.3 billion three years ago to buy Sunoco LP gas stations and convenience stores in a push to expand its U.S. footprint.
This is a historic first step as we seek to become a global retailer, Chief Executive Officer Ryuichi Isaka said on a conference call Monday.
Marathon follows a long line of energy companies that are shedding retail networks to focus on making fuel. The deal, the biggest in the oil sector since the coronavirus outbreak, comes as retailers look to shift their focus amid the coronavirus pandemic, which has further upended a sector already being impacted by the onset of e-commerce. Marathon said it will use $16.5 billion in after-tax proceeds to reduce debt and bolster dividend payments.
The Japanese retailer was seeking a deal earlier this year to buy Speedway, the second-largest chain of its kind in the U.S., but hit pause after offering $22 billion, Bloomberg News has reported.
Isaka has overseen a broad restructuring of the Japanese firm since taking the helm in 2016, with a focus on expanding in the U.S. Seven & i has been pressured by a saturated convenience store market in Japan and a tight labor market that makes its 24-7 operating model challenging.
Japans convenience store market is at its limit as the population ages, said Hiroaki Watanabe, a logistics analyst and author of a book on Japans convenience store industry. There will be a short-term impact from the coronavirus in the U.S., but long-term the population there will keep growing.
North America accounted for about 40% of Seven & is sales in the latest fiscal year, up from about a third five years ago. Speedways store count has tripled since 2011 across 36 states.
Investor Pressure
Late last year, Marathon faced months of pressure from investors including Elliott Management Corp. and D.E. Shaw & Co. for sweeping changes to improve its performance. Elliott had been pushing for Marathon to break itself up into three separate businesses: refining, retail and pipelines.
The company wrapped up a strategic review of MPLX LP, its publicly traded oil pipeline affiliate, ultimately deciding to retain its stake in the midstream business. Investor pressure also led to Gary Heminger stepping down as CEO in March after 45 years at the company.
American fuel makers like Marathon have been struggling to recover amid fears that a second viral wave will force more drivers off the road, particularly in some of the nations most populous states.
Seven & i will raise about $1 billion by selling off overlapping U.S. stores after the transaction, Isaka said on the call.
Marathon took a $12.4 billion charge in the first three months of this year while also suspending share buybacks and slashing spending by 30%.
In terms of scale, the proposed deal is less than the $31.4 billion that Aon Plc is paying for Willis Towers Watson Plc, according to data compiled by Bloomberg.
(Updates with shares in third paragraph)
For more articles like this, please visit us at bloomberg.com
Subscribe now to stay ahead with the most trusted business news source.
©2020 Bloomberg L.P.