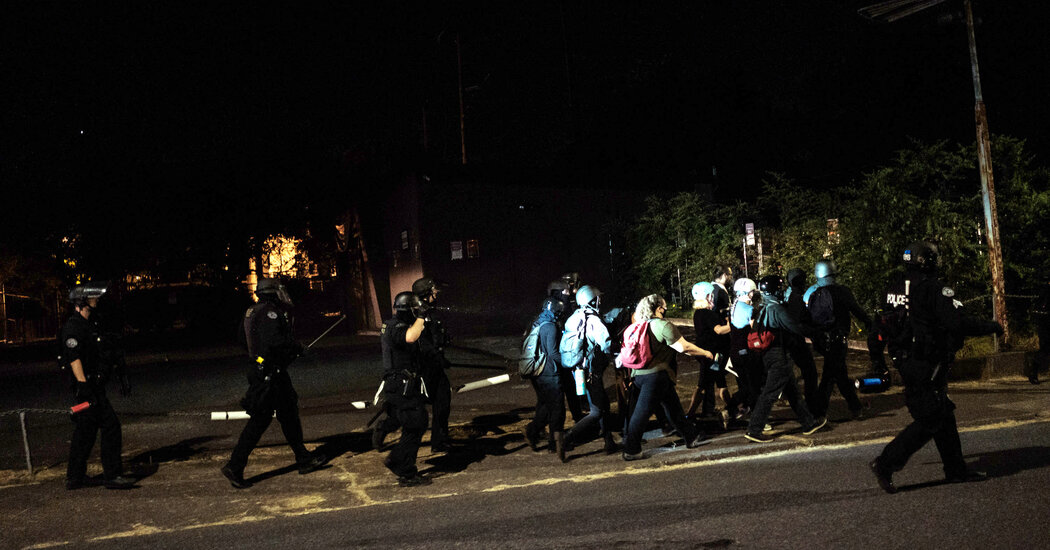 Their presence and tactics, including firing crowd-control munitions and swinging batons, infuriated the city, drawing thousands out to the streets once again to stand against what many saw as a troubling federal incursion into a city that didnt want them. At that point, the epicenter of the protests shifted from a county justice center to the federal courthouse across the street.
Clashes at the courthouse, with nightly volleys of tear gas, continued to draw more people out to stand against the federal presence, including lines of mothers linking arms and a group of military veterans.
Last week, in an agreement between Gov. Kate Brown of Oregon and leaders from the Department of Homeland Security, the state found a pathway to withdraw federal agents, with Ms. Brown vowing to put state troopers in place to provide security around the courthouse.
Since that plan went into effect on Thursday, there has been a minimal law enforcement presence on the streets. Protesters have continued to show up outside the fenced courthouse, chanting and giving speeches around a bonfire in the middle of the street. While some have occasionally thrown bottles over the fence toward the empty courthouse entrance or burned flags, others in the crowd have confronted them to keep things peaceful and focused on the Black Lives Matter cause that drew millions to the streets after the death of George Floyd in Minneapolis.
Demetria Hester, who led a group of women in chants in front of the federal courthouse over the weekend, said she was going to continue calling out people who lit fires, threw objects or burned flags.