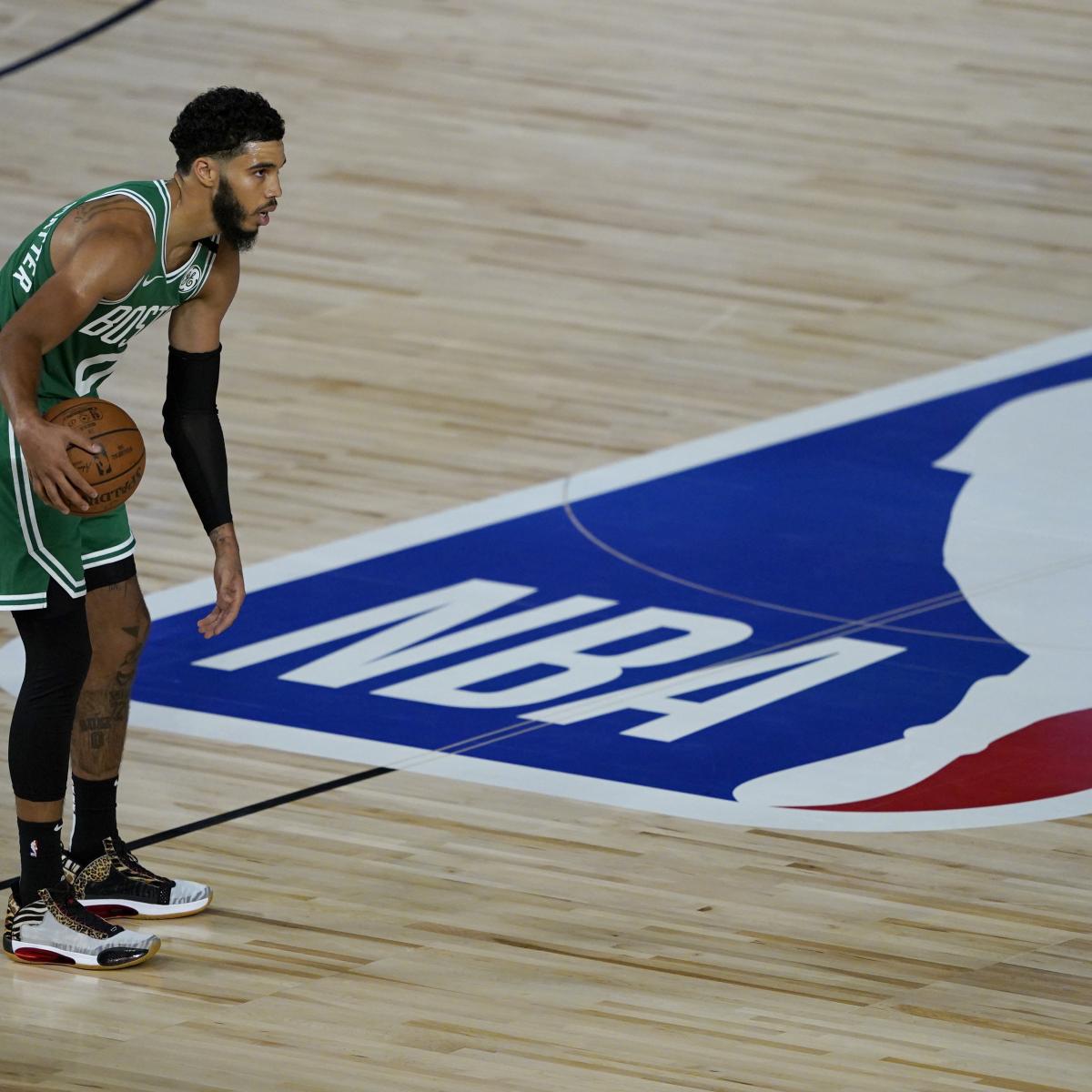 Ashley Landis/Associated Press
Jayson Tatum took the court on Sunday for the Boston Celtics with a different look from the curls he’d cultivated since the team’s arrival in Orlando. He had intended to cut his hair before the Celtics’ opening loss to the Milwaukee Bucks on Friday, but his mother and grandmother insisted he play at least one game with it. After his abysmal performance that night, he had to switch something up before facing the Portland Trail Blazers.
“I guess it was a coincidence that I went 2-for-18 and then cut my hair,” Tatum said after the game.
Maybe it was the haircut, or maybe Tatum, 22 years old, just wasn’t going to shoot that badly for two games in a row. But the Tatum who showed up to Sunday’s 128-124 win against Portland, the one who finished with 34 points, four rebounds and a career-high eight assists, was much closer to the All-Star he’s blossomed into in his third season.
Tatum shot 11-of-22 from the field and 5-of-8 from three-point range, including 21 points in the first half as Boston opened up a 19-point lead over Portland. When the Blazers clawed back from that deficit, even taking the lead late in the fourth quarter, it was Jaylen Brown’s shot-making that helped the Celtics hold them off.
Bleacher Report@BleacherReportThe Tatum/Brown duo couldn’t be stopped today:
Tatum: 34 PTS | 8 AST | 5-8 3 PT
Brown: 30 PTS | 6 REB | 6-8 3 PT
Celtics beat Blazers 128-124 https://t.co/Th5RZOGNXL
The two wings combined for 64 of Boston’s 128 points in a game that served as a reminder of how dangerous the Celtics can benot only in the restart but in the years to comewith Brown, just 23, and Tatum as their linchpins.
Boston’s ceiling in the Disney restart is likely limited by Kemba Walker’s lingering knee issues, which the Celtics are attempting to manage before the playoffs start later this month. Walker played just 22 minutes Sunday and sat in crunch time as the Blazers mounted a comeback. He finished with 14 points on 5-of-6 shooting in those limited minutes.
Walker’s health may prevent Boston from competing with the Bucks, Raptors and Heat in the East this year, but the leaps that Tatum and Brown have made in their third and fourth years, respectively, give the Celtics among the brightest futures in the league.
Team president Danny Ainge spent years focusing on collecting draft picks to trade for superstars rumored to be available while the Celtics fielded surprisingly competitive teams. Now, the organizational focus seems to be entirely on creating stability with the current core. Now that they’re at that point, they will benefit from the postseason experience these young players have already accumulated. The Celtics made the Eastern Conference Finals in Tatum’s rookie year, and the semifinals last season.
“We’re young guys, but we’ve got a decent amount of playoff experience,” Tatum said. “We’ve been in some big games, some big moments. We’re two extremely confident guys that want to make the right plays.”
Bleacher Report@BleacherReportBounce back, Tatum.
That was pretty.
(via @celtics)
https://t.co/ljpgIPsJjy
Tatum’s career high in assists on Sunday speaks to the improvements he’s made to his game over his first three seasons outside of being a pure scorer, which he’s been since the day he entered the league. And he, Brown, Marcus Smart and Gordon Hayward have developed into a formidable defensive unit.
Tatum’s newfound playmaking has been key in helping him still contribute when his shots aren’t falling, as was the case on Friday. But that was not an issue against the Blazers, when Tatum filled it up.
“It isn’t just about the ball going in,” Celtics coach Brad Stevens said. “He looked at it and said, ‘There’s a lot I can do to impact the game.’ He’s such a gifted offensive player and he’s got the vision to go along with it.”
The Celtics have six games remaining to figure out their rotations for the playoffs and get Walker healthy. Coughing up the massive lead to Portland on Sunday shows they still have some kinks to work out. But their future is bright.
“We for sure have to be better down the [stretch],” Brown said. “We have a young team, but we don’t have time for ‘young’ mistakes. We’ve got a lot of growing up and a short amount of time to do it in. The hiatus didn’t help. We’ve got to expedite that learning curve.”
Sean Highkin covers the NBA for Bleacher Report and co-hosts the Bulls vs. Blazers podcast. He is currently based in Portland. His work has been honored by the Pro Basketball Writers’ Association. Follow him on Twitter, Instagram and in the B/R App.