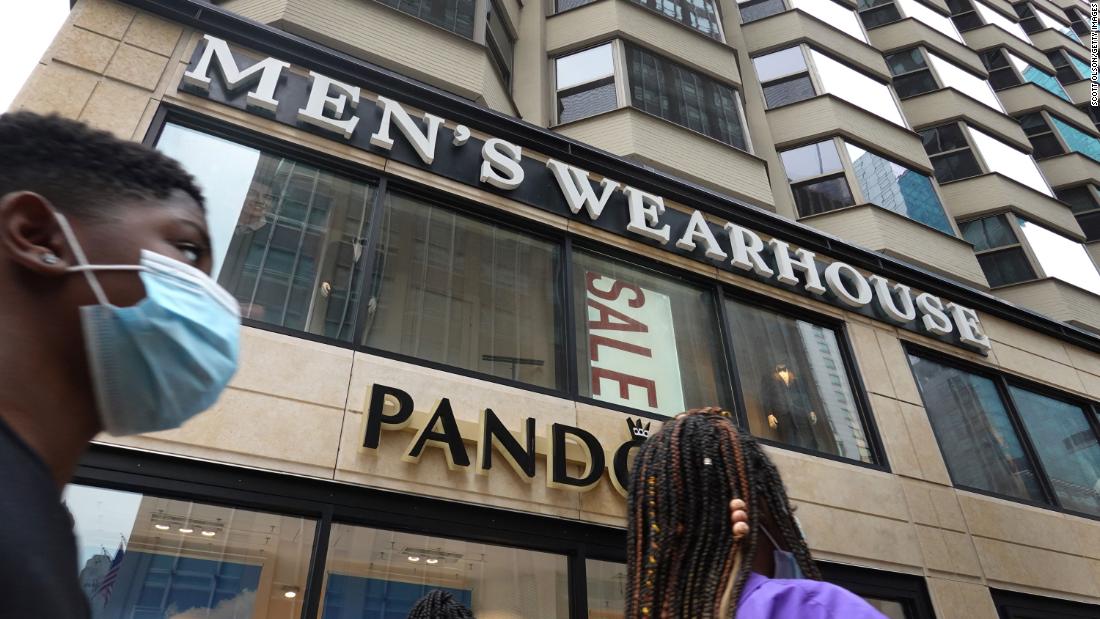 London (CNN Business)Tailored Brands, which owns Men’s Wearhouse and Jos. A. Bank, has filed for bankruptcy, becoming the latest US retail casualty of the coronavirus pandemic that wiped out demand for office attire.
The company said in a statement Sunday that it has filed for Chapter 11 bankruptcy protection in a district court in Texas to implement a restructuring plan that has the support of 75% of its lenders. The plan will reduce its debt by at least $630 million and ensure it can keep operating.
“Reaching an agreement with our lenders represents a critical milestone toward our goal of becoming a stronger company that has the financial and operational flexibility to compete and win in the rapidly evolving retail environment,” said CEO Dinesh Lathi.
The group, which also owns Moores Clothing for Men and K&G Fashion Superstore, said it will continue to serve customers throughout the restructuring process. “Tailored Brands aims to move quickly through the process,” it added.
The company has also filed motions with the court to ensure it can to continue paying employees as usual and keep benefits intact. The motions will also allow it to honor customer gift cards, rental reservations, custom clothing orders and loyalty programs.
The news wasn’t much of a surprise: Tailored Brands flagged in June that it could join the growing list of retail bankruptcies. Luxury department store chain, Lord & Taylor, also filed for Chapter 11 on Sunday. More than 20 private and public retailers have declared bankruptcy this year, according to BankruptcyData.com.
Tailored Brands said last month that it will close about a third of its stores and cut 20% of corporate positions to shore up its finances, at a cost of $6 million.
Menswear companies have struggled during the pandemic, as millions of office workers labored at home in casual clothing. Year-over-year sales of men’s formal clothing fell 74% between April and June, according to GlobalData Retail.
Not even the iconic Brooks Brothers, which has dressed 40 US presidents, could withstand the impact of the coronavirus. The 200-year old menswear retailer filed for bankruptcy earlier in July.
– Jordan Valinsky, Chris Isidore and Rob McLean contributed reporting.

Comet Neowise is a photographer’s dream: How to capture it before it fizzles – CNET