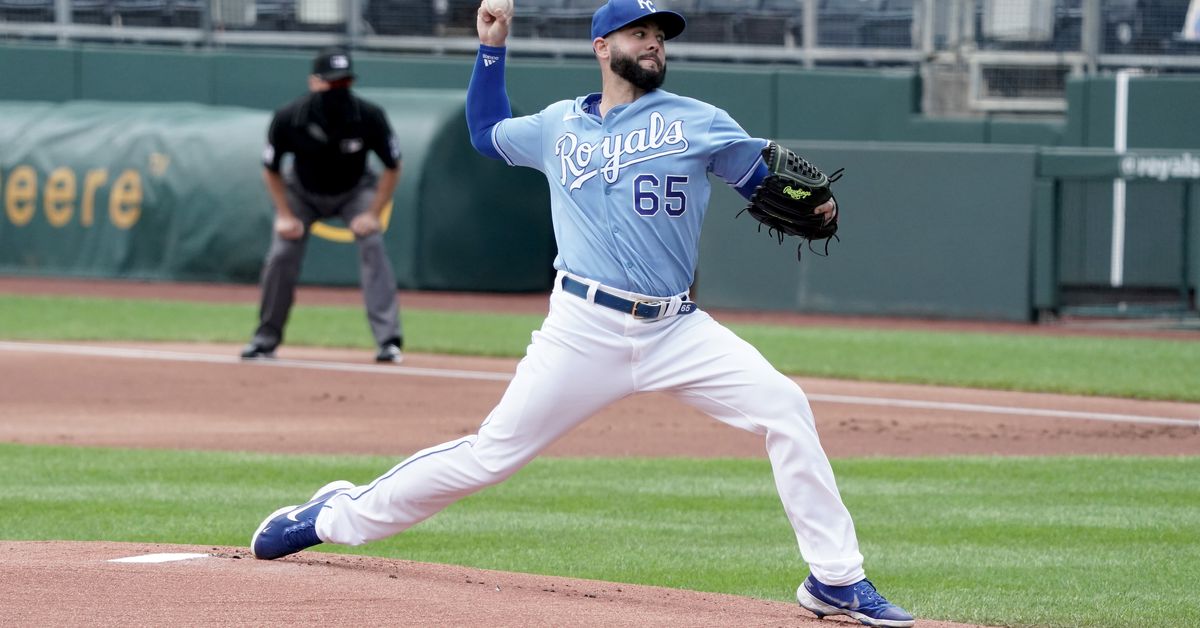 After dropping the first two games of the weekend, the Royals were hammered in the series finale against the White Sox, 9-2.
For the first time on the season, Jakob Junis took the bump. The right-hander worked around some mild trouble in the first two innings with a pair of double plays. One of them came in the unlikeliest of ways.
Junis received some run support in the bottom of the second inning. With two outs and nobody on, Alex Gordon pounded his first home run of the season into the fountains in right-center field. The exit velocity on it was 105 mph and traveled an estimated 437 feet.
The White Sox tallied their first run of the afternoon in the top of the fourth. Following a lead-off double from Jose Abreu, Yasmani Grandal ripped an RBI-single to center field to tie it up at 1-1. Junis, however, would escape the inning without allowing any further damage. The righty would make it 4 13 innings on a shortened pitch count before he was pulled for Tyler Zuber.
Struggling with command, Zuber walked two to load the bases with only one out. After striking out Abreu on a slider up in the zone for the second out, Zuber walked Grandal on a borderline call to give Chicago a 2-1 lead.
Here is the pitch (#7).
Kansas City wasted no time in answering back. Nicky Lopez, who replaced Adalberto Mondesi in the fifth (quad contusion), poked an RBI-double to left field to knot things up at two. But it was only a matter of time before disaster struck.
The White Sox piled on seven runs in the top of the seventh off Scott Barlow (2 ER), Greg Holland (4 runs, 2 ER), and Glenn Sparkman (1 run). The outburst blew the game open and Chicago completed its three-game sweep of the Royals.
Kansas City, now 3-7, will hand the ball to Danny Duffy tomorrow night against the Cubs in Chicago. Former Royal Alec Mills will throw for the Cubs. First pitch is slated for 7:15 p.m. CDT.