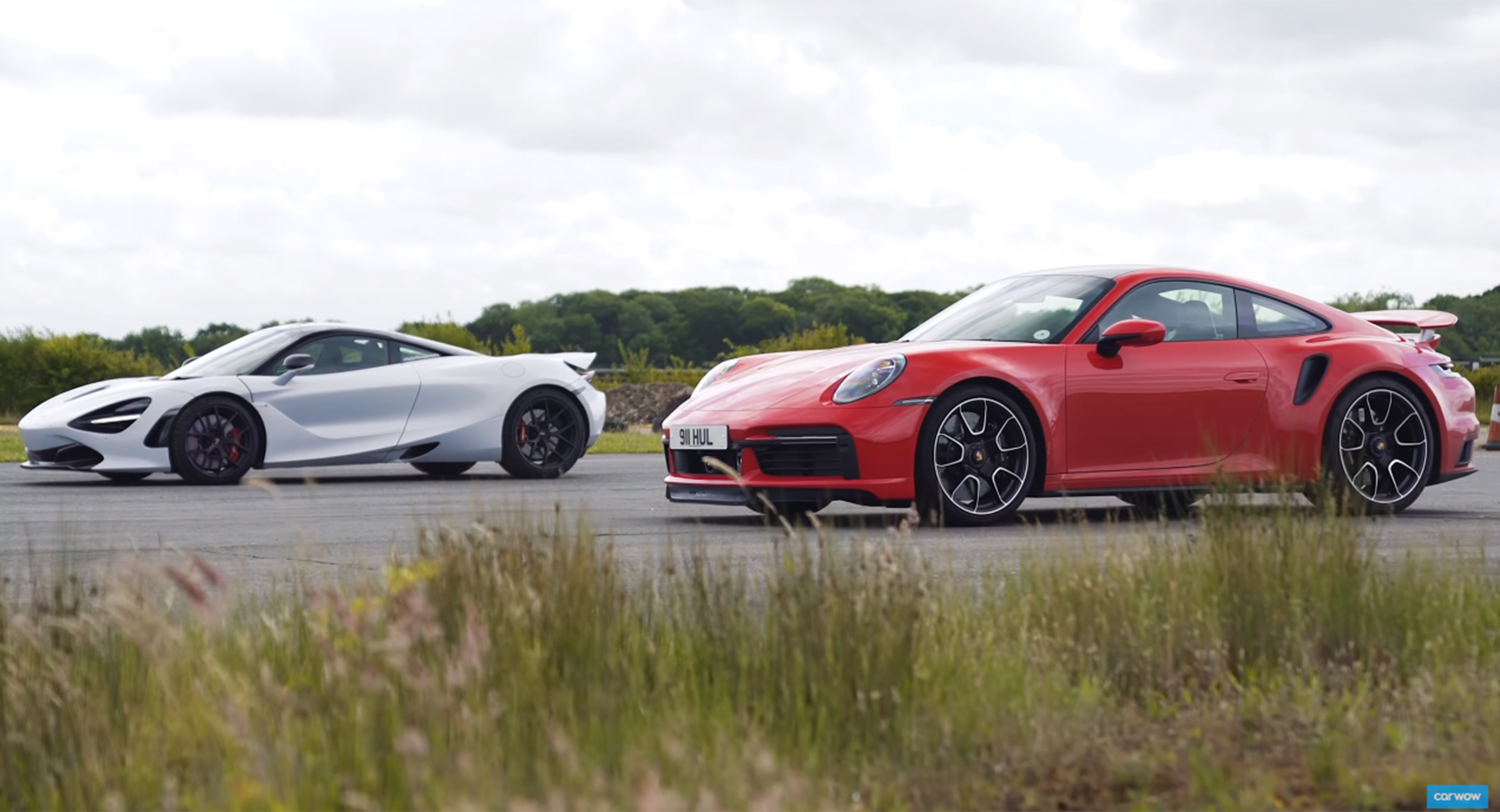 For the past couple of years, the McLaren 720S has been the benchmark for supercar performance. However, can it hold onto its crown in a head-to-head sprint down the quarter-mile against the new Porsche 911 Turbo S?
To find out, CarWow hit the track in the two cars. If you were to simply look at the specs, one may think the 720S would smash the Turbo S in a straight line. However, in this case one shouldn’t rush into conclusions.
Powering the 911 is a 3.8-liter twin-turbocharged flat-six with 641 hp and 590 lb-ft (800 Nm) of torque. By comparison, the McLaren 720S has 710 hp and 568 lb-ft (770 Nm) of torque from its 4.0-liter twin-turbo V8. It is also roughly 200 kg (440 lbs) lighter than the Porsche.
Watch Also: 2021 Porsche 911 Turbo S – The Perfect Sports Car Is Now Even Better
However, the 911 features an all-wheel drive system and Porsche is renowned for making the best launch control systems on the market. In these tests, it was the all-wheel drive and launch control that gave the Turbo S the edge.
In both of the races held, the Porsche launched off the line much quicker than the McLaren, finishing the quarter-mile in 10.1 seconds compared to the 10.4 seconds needed by the McLaren. Tests from other publications show the 720S can complete the quarter-mile in 9.9 seconds, but we suspect that is very hard to repeat time after time due to its rear-wheel drive setup. By comparison, the 911 Turbo S is much more consistent off the line.
The second half of the video is focused on rolling drag races. We wont spoil the results of these, but you may be surprised at how closely matched the two are.