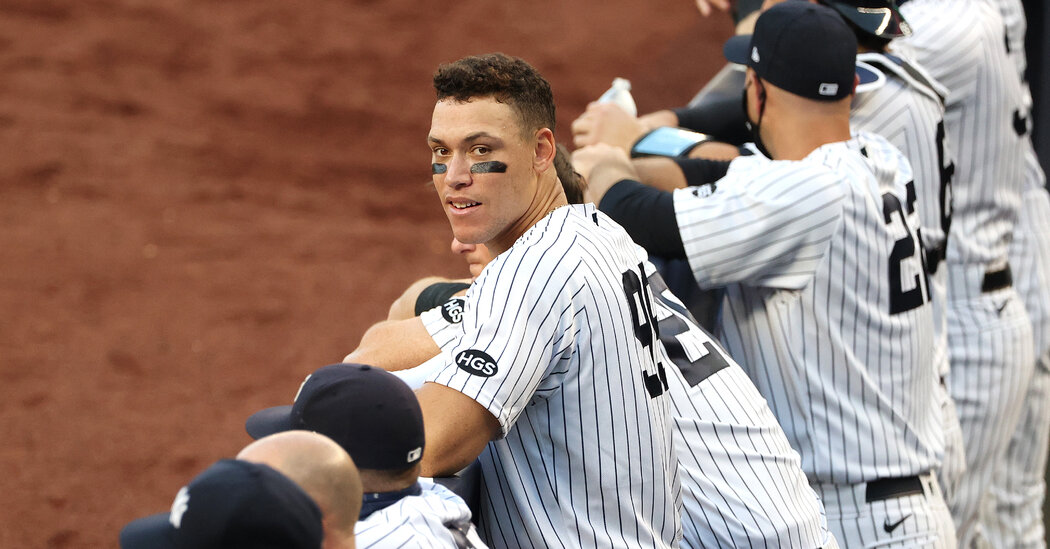 Judge has a few factors working in his favor, too: After starting the season against the defending champion Washington Nationals, the Yankees have faced two opponents (the Baltimore Orioles and the Red Sox) with poor pitching, and he is sandwiched in the lineup between other talented Yankees hitters the 2019 All-Star infielders D.J. LeMahieu and Gleyber Torres, and Stanton.
After possessing M.L.B.s highest-scoring offense last season, the 8-1 Yankees are off to a similar start this year. Judge said he was simply trying to do his part. He more than has: Five of his six home runs have given the Yankees the lead. Entering Monday nights game, he had homered in five straight games the first Yankee to do so since Alex Rodriguez in 2007.
Judge did not extend that streak on Monday against the Phillies, but he went 2 for 4 raising his season average to .314 in support of ace Gerrit Cole, who allowed one run over six innings in his home debut as a Yankee. Gio Urshela had a pivotal three-run homer in the sixth inning.
For me, right now, its about not missing my pitch, Judge said after Sundays game. Pitchers are making really good pitches and hitting their corners. But when theres times they leave one over the plate, Ive got to do some damage on it. Fortunately enough, Ive been able to do that.