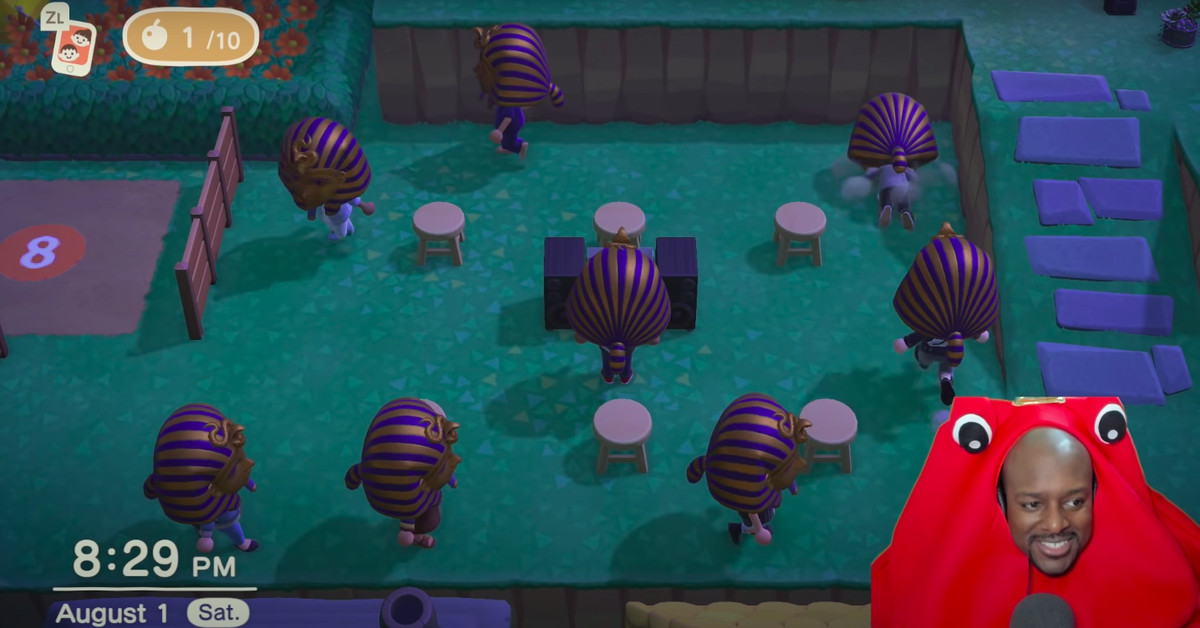 Animal Crossing: New Horizons recently added an extremely unlucky mask that, when worn, will make your character trip and fall. In theory, losing control like that might sound frustrating to experience, but its quickly become apparent that for Animal Crossing fans, tripping is absolutely a feature.
Social media posts show that New Horizons players are using the King Tut mask to enhance minigames, such as player races. The rules are simple: Usually, a referee counts down, and when the signal goes off, folks try and reach the finish line first. Since tripping is random, it adds an element of surprise and suspense that you cant otherwise get. Just the mere act of getting to one side to another suddenly becomes extremely entertaining.
King Tut races can be enhanced with things like pitfalls and obstacles, as Twitter user @luvvtsukki shows below.
The only limit is your imagination, it seems. King Tuts mask is also making an appearance during games of musical chairs, as you can see in Kang Gamings hilarious video below. Theyre like little babies, learning how to walk, he laughs while watching the cursed antics unfold.
The King Tut phenomenon is hugely different from what you see in other multiplayer franchises, like Super Smash Bros., where tripping can be controversial and sometimes, unwanted. Animal Crossing fans, who are currently getting excited over the prospect of a luck system that could make villagers sometimes hate you, are truly a different breed.