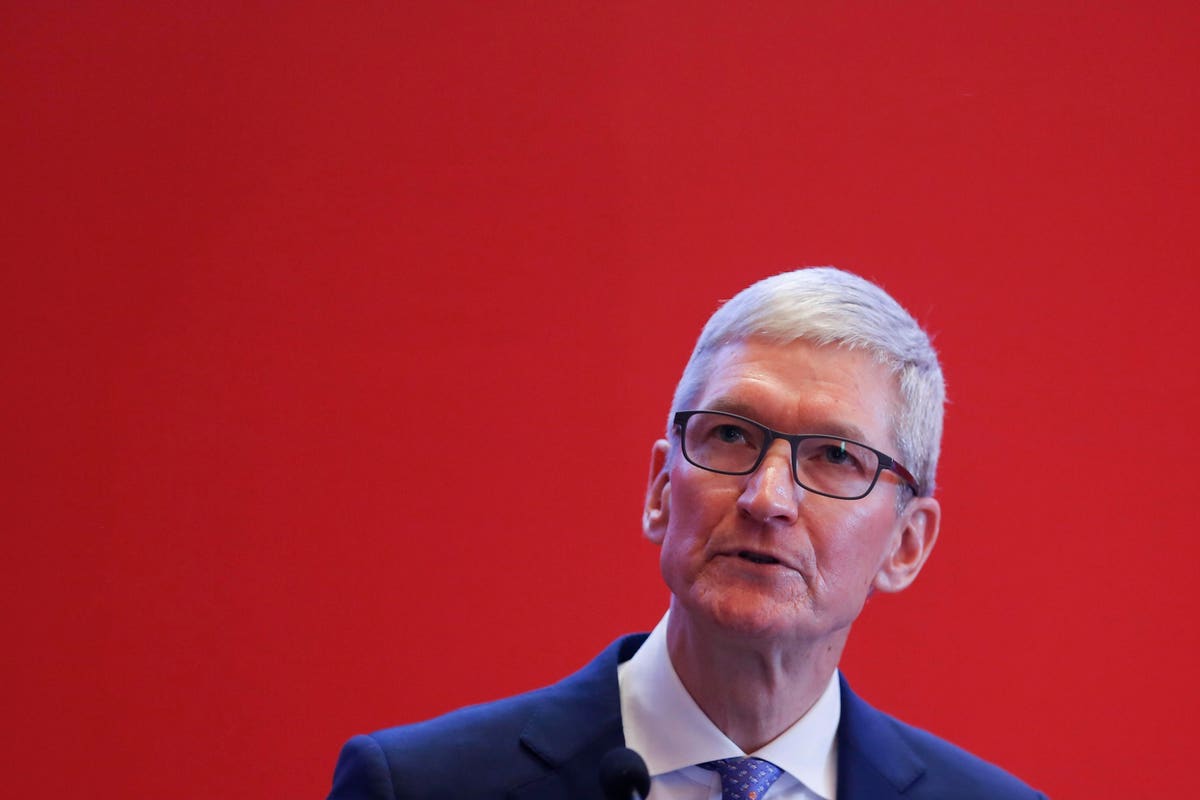 Chinese firm Shanghai Zhizhen, which was recently awarded a local patent for a voice assistant similar to Apples Siri, has filed a patent-infringement lawsuit against the iPhone maker that, if successful, could prevent Apple from selling its smartphones and other products in China, its second most important market.
The lawsuit could prevent Apple from selling its products in China
Visual China Group via Getty Images
KEY FACTS
Shanghai Zhizhen has alleged that Apples devices violated its patent for a virtual assistant that is similar to Siri, and the company is suing Apple for around 10 billion yuan in damages (around $1.4 billion), the Wall Street Journalreported.
As part of the suit, Shanghai Zhizhen has asked Apple to stop the sales, production, and use of products that allegedly violate its patent.
Apple integrates Siri in nearly all its devices including its Mac computers, iPhones, iPads, Apple Watch, Apple TV and its smart speaker the Homepod.
China is Apples biggest foreign market in terms of sales, although it has faced significant competition from homegrown brands in the country including Huawei, which has surpassed Apple to become the worlds biggest seller of smartphones.
The potential legal action against Apple comes at a time when a trade war between the U.S. and China has heated up significantly, drawing in tech majors from both countries.
The Journals report notes that if a preliminary injunction is filed, a local court could decide to ban Apple from selling products featuring Sirinearly all its major productsin China for the duration of the trial.
Key Background
Unlike other American tech giantslike Google, Facebook and AmazonApple has a major presence in China. This has been primarily due to the Cupertino-based companys willingness to comply with Chinas restrictive internet laws, something that has led to criticism of the company in the U.S. Last month, Attorney General William Barr alleged, without citing evidence, that Apple was selling phones in China with security backdoors that could be accessed by local authorities. In the past few months, the escalating trade tensions between China and the U.S. have led to the Trump administration targeting Chinese tech firms with sanctions against products made by the likes of Huawei and ZTE. Trump, last week, threatened to ban the Chinese social media platform TikTok in the U.S.
Tangent
In 2016, Apple lost an intellectual property suit in China, when a Beijing court  ruled in favor of a Chinese company that made handbags and smartphone cases under the label IPHONE. Prior to that, in 2012, Apple agreed to pay $60 million to settle a trademark dispute with the Chinese unit of another company, which claimed ownership of the iPad name in China.