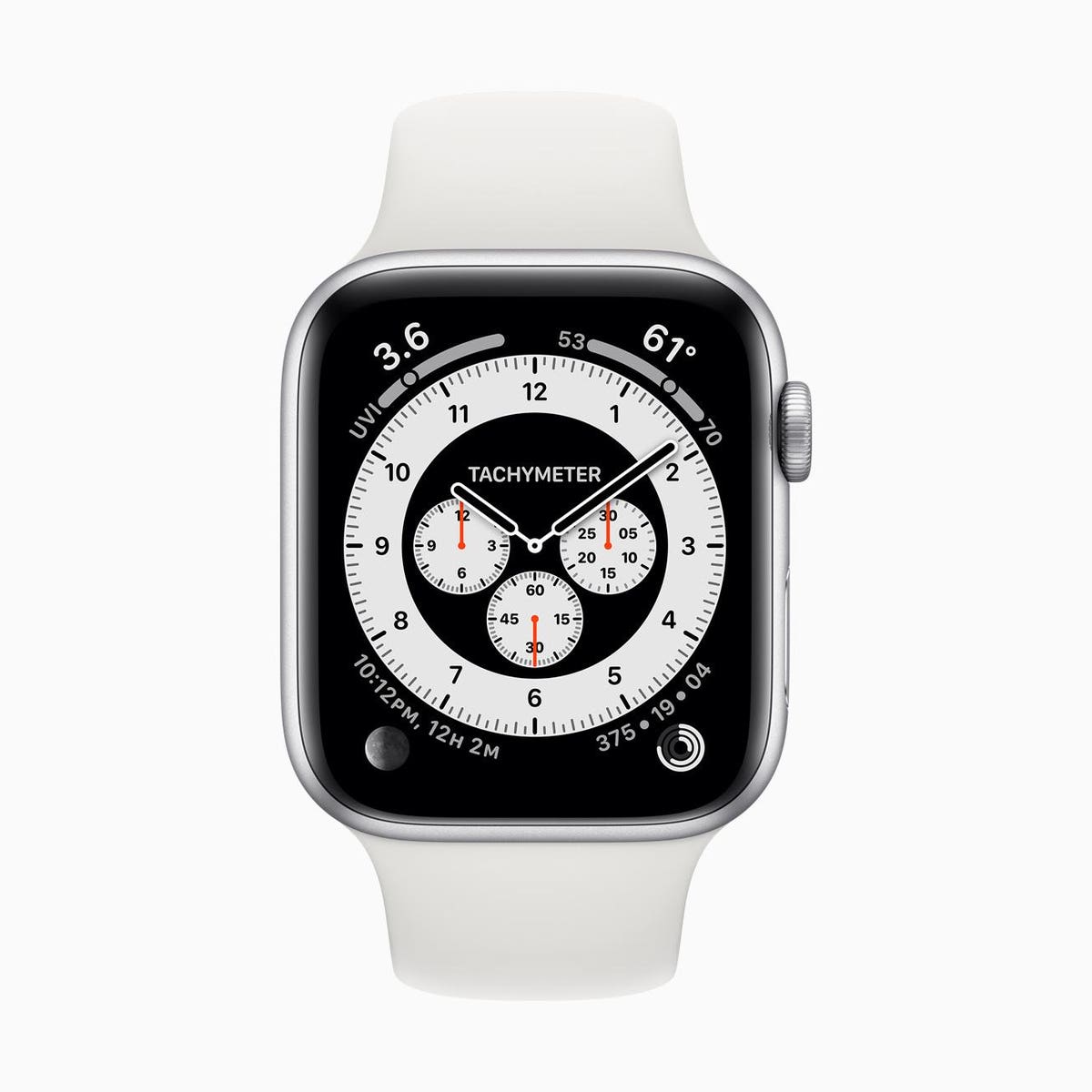 Will Apple Watch Series 6 include blood oxygen monitoring in its capabilities?
Apple
August 3 update below. This post was first published on Sunday, August 2, 2020.
The next Apple Watch is due in a matter of weeks – it could be unveiled in the first few days of September. Apple Watch Series 6, as its almost certainly going to be called, will be blessed with all the benefits of watchOS 7 (a public beta of which is due any day, read details here) plus whatever hardware updates Apple makes. A new report in Digitimes claims that new sensors will be built into the Watch which will detect blood oxygen saturation levels. Which is pretty big news.
MORE FROM FORBESApple Lets Slip A Cool New Way To Use Your iPhone: Accepting Contactless PaymentsBy David PhelanAugust 3 update. Perhaps in a sign that as we near the expected launch of Apple Watch Series 6, no sooner had the rumor of a sensor for blood oxygen saturation levels surfaced, full details of which follow below, but images leaked of a battery that seems highly likely to be the one that will go in the next Apple Watch.
Certified by KTR, a regulatory body in South Korea, the certification was seen by Abhishek Yadav and spotted by MacRumors. While the leaker themselves suspected it could be for a headphones charging case, other Twitter users said it looked more like a watch battery. The cell in questions is called A2327, not dissimilar to the naming that sits on the current battery, which is A2181.
But the most intriguing element of the discovery is the batterys power, 303.8mAh. Thats good news because the current battery, which is perfectly decent and lasts well over a day, is 296mAH, so this is over 13mAh bigger.
MacRumors points out that the extra size could have been achieved by the removal of Force Touch technology, which isnt used in watchOS 7. Thats possible, but Im not convinced it would make any discernible difference. Whatever, the additional battery life is welcome, especially if it has to power the blood oxygen sensor and help with sleep tracking. Anyway, more about that blood oxygen tracking.
News of blood oxygen saturation tracking is also very timely because blood oxygen levels are something we all need to keep front-of-mind while the Covid-19 crisis continues. Thats because blood oxygen saturation usually needs to be at levels over 95%, but with Covid-19, some sufferers arent feeling ill when their blood oxygenation falls, and checking the level by means of a blood oximeter, which uses an SpO2 sensor, is what first tells them something is amiss. So, being able to check your blood oxygen any time, just by referring to your wrist, is a great step forward.
Apples inclusion of this hardware will have pre-dated coronavirus, of course. The company is not the first to include SpO2: Fitbit uses it on recent trackers to measure how your oxygen levels are doing but only while youre sleeping. Huawei has also included blood oxygen level readings in its
MORE FROM FORBESApple Watch watchOS 7: When Will The Public Beta Land?By David PhelanThe Digitimes report, spotted by MacRumors, is clear about what it expects, saying, Apple Watch 6 will feature biosensors that can monitor sleeping conditions, detect blood oxygen and measure pulse rates, heartbeats and atrial fibrillation, and will also incorporate MEMS-based accelerometer and gyroscope, all allowing the new device to continue to lead in measurement precision among wearable devices.
There had already been hints of such an upgrade when leaked iOS 14 code hinted at measuring these levels. Previously, it had been thought that it could have been something Apple could measure on earlier Apple Watch models, though personally I always suspected new hardware would be needed to make it work. It now seems likely that the feature will only be seen on the forthcoming Apple Watch Series 6.
This innovation, assuming it turns out to be correct, will be a key health upgrade. And, please note, the Digitimes report also mentions biosensors for measuring sleeping conditions. We already know that watchOS 7 will have sleep tracking capabilities for Apple Watch Series 3, 4 and 5, but this sounds to me to indicate that extra sensors will provide a more advanced sleep tracking experience on Series 6. Stay tuned.
Follow me on Instagram by clicking here:davidphelantechand Twitter:@davidphelan2009
MORE FROM FORBESApple Reveals Jaw-Dropping iPad, iPhone Touchscreen TechBy David Phelan

iPhones to get periscope telephoto cameras in 2022, says Kuo – The Verge