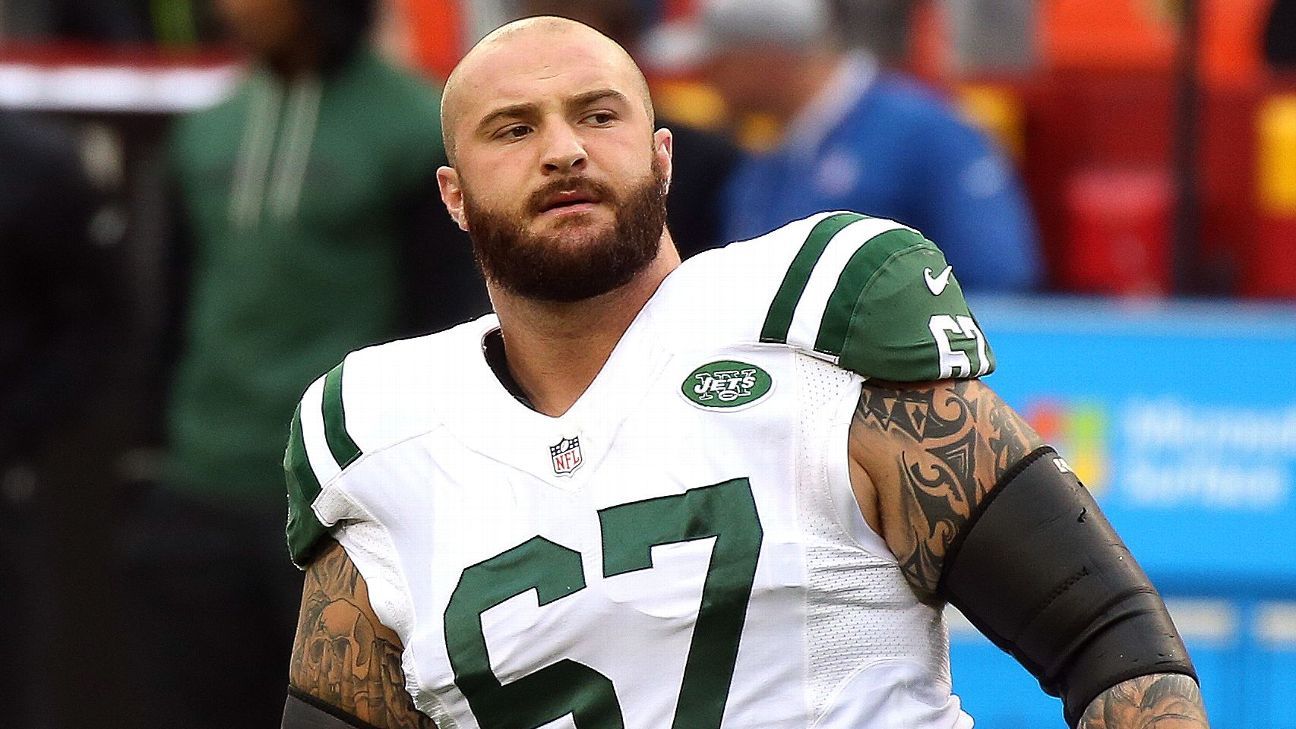 The Buffalo Bills reached agreement Monday with guard Brian Winters on a one-year deal, a source told ESPN’s Adam Schefter.
Winters, who had been the New York Jets’ starter at right guard since 2013, was released by the team Sunday. The timing of the release was surprising because general manager Joe Douglas said recently that Winters would be given an opportunity to go to training camp and compete for the starting job with Greg Van Roten, who signed a three-year contract with the Jets in free agency.
Jon Feliciano, the Bills’ starter at right guard in 2019, will miss an estimated eight to 12 weeks after undergoing surgery on a torn pectoral muscle Friday. General manager Brandon Beane on Sunday named several candidates to fill Feliciano’s spot, including second-year tackle Cody Ford and 2020 free-agent signing Evan Boehm.
Winters, who started nine games for the Jets in 2019, isn’t a guarantee to start in Feliciano’s place, but does give Buffalo another starting-caliber option and adds competitive depth to an offensive line that returns all five starters from last season.
Winters suffered a shoulder injury last training camp but started the regular season in his familiar right guard position and lasted the nine games before succumbing to the pain. He underwent surgery and was placed on injured reserve.
Winters, 29, is known for his toughness. In 2017, he missed only three games despite an abdominal tear, which required surgery after the season. The following year, he didn’t miss a single snap on offense.
Feliciano started all 16 games at right guard in his first season in Buffalo in 2019, the first time he had done so in his five-year NFL career.
ESPN’s Marcel Louis-Jacques and Rich Cimini contributed to this report.

Professor’s milestone in nuclear physics seeks to understand the universe itself – Phys.Org