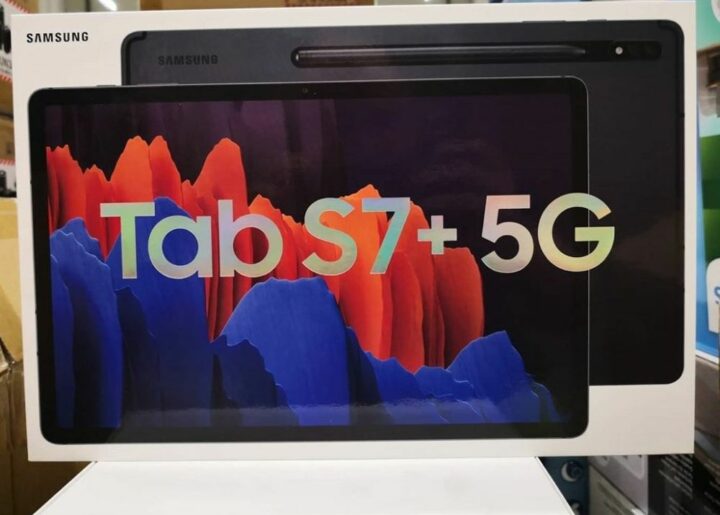 Almost everything about the Galaxy Tab S7 series, the Galaxy Watch 3, and other upcoming devices got leaked over the past couple of weeks. Press renders have given us a deep insight into the exterior design and the software / S Pen experience of the tablet, while early Google Play listings confirmed our suspicions regarding the internal hardware. Meanwhile, the Galaxy Watch 3 got its own fair share of leaked renders, leaving nothing to the imagination.
Chances for a ‘breaking leak’ about these upcoming devices to exist at this time are virtually non-existent, so how about one final (presumably) leak to seal the deal? It’s nothing that will make you reconsider your thoughts on the Galaxy Tab S7 or the Galaxy Watch 3; we’ve just established that you should manage your expectations moving forward.
But if you ever felt like you must know how the retail boxes for the Galaxy Tab S7+ 5G and the Galaxy Watch 3 look like before deciding whether or not you’ll be buying the tablet or the smartwatch, here are a few photos, courtesy of @kriszlosthopes via @MaxWinebach, Android Authority, and @Slashleaks.
The Galaxy Watch 3 is getting readied for retail at Best Buy
If you’re not surprised by anything shown in these photos, that’s okay, we weren’t either. And if there is anything left unknown about the Galaxy Tab S7 series, the Galaxy Watch 3, and other upcoming Galaxy products, we’re bound to find out at Galaxy Unpacked on August 5; if not earlier through unofficial channels…
It’s worth noting, however, that the first three photos of the Galaxy Watch 3 were apparently captured at Best Buy, so expect the US retailer to have the smartwatch on sale as soon as Samsung gives the green light.
Look forward to our reviews and coverage, and don’t forget to tune in to Galaxy Unpacked 2020. It’s going to be Samsung’s first major virtual event of its kind so you might not want to miss it.