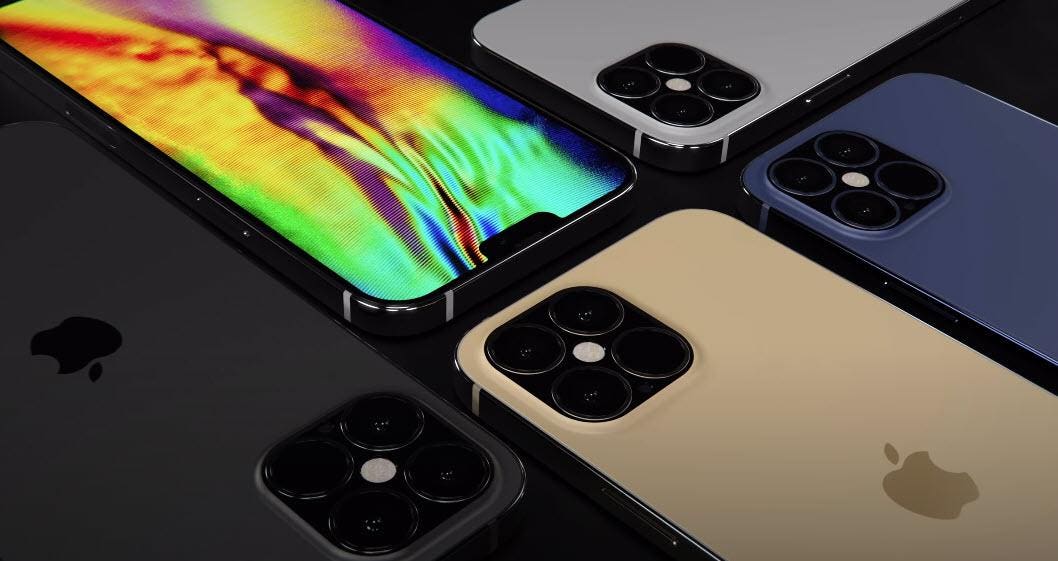 08/02 Update below. This post was originally published on July 30
The iPhone 12 line-up has long looked like a game-changer: great design, massive performance leap, 5G for every model and exciting new camera tech. But now Apple looks set to blow it at the finish line.
iPhone 12 Pro design based on multiple leaks
EverythingApplePro
MORE FROM FORBESApple’s New iPhones Have A Serious Battery ProblemBy Gordon Kelly
Following recent revelations that Apple will equip the entire iPhone 12 range with surprisingly small batteries and scrap 120Hz displays, new information from prolific industry insider Komiya reveals they will also be more expensive than expected. Particularly for the most popular model.
08/01 Update: Komiya has returned with additional information on the iPhone 12 line-ups new camera design – something that has been shrouded in mystery until this point. Interestingly, the insider says the rear camera array will remain in the familiar triangular arrangement with the LiDAR sensor on the iPhone 12 Pro models shrunken down, compared to their iPad equivalent. Whether that compromises the performance of LiDAR on the iPhone, remains to be seen. Komiya states that the three primary lenses on the Pros will also be slightly larger, due to bigger sensors. Apple made massive strides with the iPhone 11 series, returning the range to the top tier of smartphone cameras. With Google’s new Pixels potentially struggling this year, Apple has every chance to capitalize further.
08/02 Update: having delivered surprising details about Apple’s iPhone 12 camera design (above), Komiya added further information revealing that we shouldn’t get too used to seeing the LiDAR sensor on iPhones. This is because “Apple is looking for the way to hide the LiDAR scanner on the back of iPhone” which will result in a cleaner finish and be a relief to those who suffer from trypophobia. That said, the change isn’t coming immediately, with Komiya stating that Apple is looking to implement this only in 2022. Still, with ever more lenses being added to smartphones, hiding the LiDAR sensor is a potentially smart move given Apple has ambitious plans for its future iPhone cameras.
Back in May, respected Apple tipster Jon Prosser revealed Apples plans to release its four new iPhone 12 models at aggressively competitive prices: iPhone 12 – $649, iPhone 12 Max – $749, iPhone 12 Pro – $999, iPhone 12 Pro Max – $1,099. This wouldve seen Apple drop the entry-level price of the range by $50 compared to the iPhone 11 range and keep iPhone Pro pricing the same, despite the introduction of costly 5G antennas.
Unfortunately, this now looks too good to be true. Komiyas updates claims Apple has now decided to ship its new range at the following price points:

The biggest pain point here is the iPhone 12 Max, the new name for the successor to the iPhone 11 – Apples biggest selling model, which increases by $100 at every capacity. Meanwhile, the new, smaller 5.4-inch iPhone 12 now price matches the iPhone 11, while the iPhone Pro models increase $50 at their lowest capacities.
iPhone 12 Max, iPhone 12 Pro Max, iPhone 12 proportional sizes
EverythingApplePro
The good news is iPhone Pro prices, although more than expected, have not increased dramatically despite their inclusion of 5G – something that has had a severe impact on many rivals. But upgraders hoping to see the iPhone 11s successor retain its highly popular price point will be disappointed. Especially with a 256GB model now only $100 less than a 128GB iPhone 12 Pro.
While surmountable in isolation, the combination of increased prices, reduced battery capacities and 60Hz displays may well cause previously committed upgraders to think twice. Especially with Apple also adding a further stealth cost by removing both the charger and EarPods from the box ahead of its ambitious port-less future.
With the iPhone 12 launch date fast approaching, Apple has suddenly given iPhone fans a lot to think about.
___
Follow Gordon on Facebook
More On Forbes
Apple iOS 14 Code All But Confirms New 5.4-Inch iPhone 12
Apple iOS 13.6 Release: Should You Upgrade?