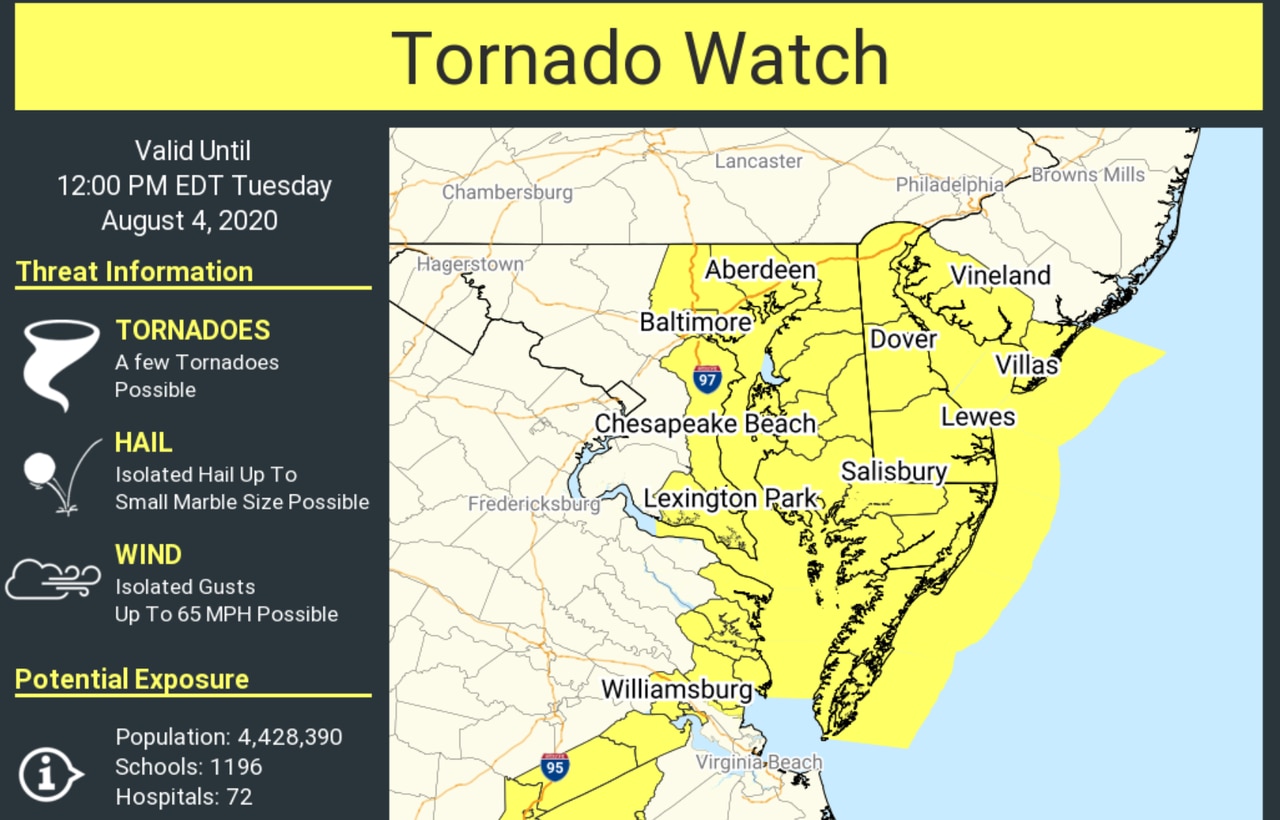 UPDATE ON LATEST FORECAST TIMING AND TRACK: Tropical Storm Isaias to blast N.J. with up to 75 mph wind gusts, heavy rain
The National Weather Service issued a tornado watch for three New Jersey counties early Tuesday as Tropical Storm Isaias pushes toward the state after being downgraded from a hurricane overnight.
The tornado watch extends until noon for Cape May, Cumberland and Salem counties and the weather services office in New Jersey said the watch could be expanded north as Isaias advances. The area under the watch also includes Delaware and parts of Maryland.
Isolated tornadoes remain a concern with Isaias, the weather service said. An additional watch will likely be needed for areas further north later on.
New Jersey is under multiple watches and warnings as of Tuesday morning. The entire state is under a tropical storm warning with flooding and high winds topping 65 mph expected, the weather service says.
Gov. Phil Murphy declared a state of emergency for the storm that took effect at 5 a.m. While there were no mandatory travel restrictions, Murphy urged residents to stay off the roads.
The state Department of Environmental Protection announced that all state parks and wildlife management areas are closed Tuesday and officials would be clearing all state campgrounds at daybreak.
Up to 6 inches of rain could fall in parts of New Jersey from the storm. There were already heavy bands of rain along the Delaware River and in northwest New Jersey just before daybreak when the winds are expected to pick up.
Hurricane Isaias made landfall just after 11 p.m. Monday at Ocean Isle Beach, North Carolina with maximum sustained winds of 85 mph
Our journalism needs your support. Please subscribe today to NJ.com.