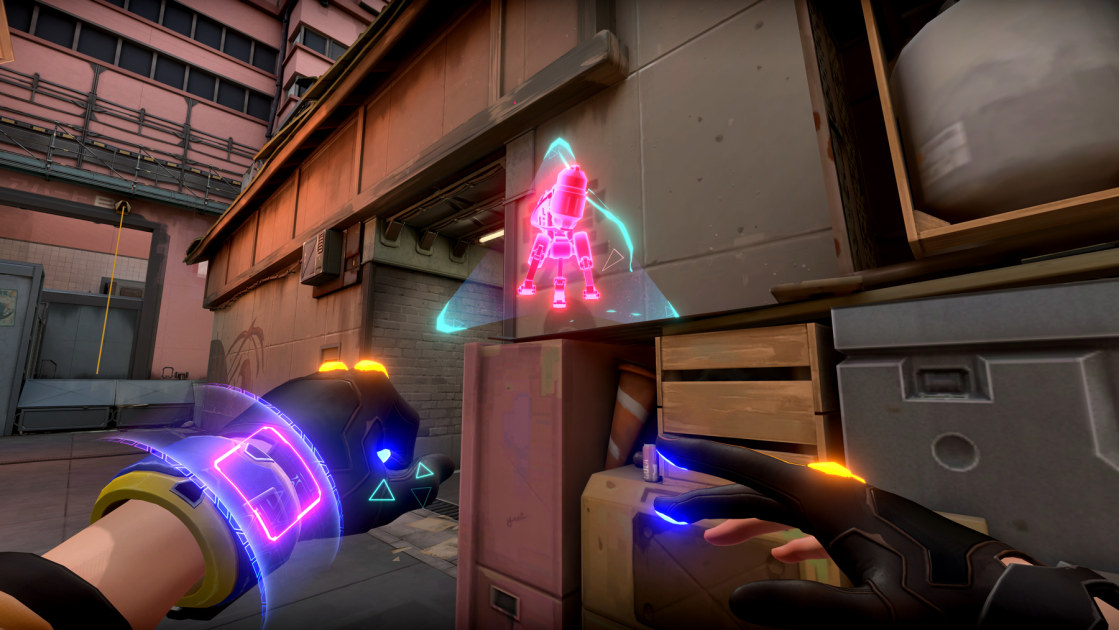 Riot Games has revealed what Valorant players can expect in Act II — the free-to-player shooter’s take on seasons — when it drops tomorrow (August 4th). The biggest addition is a new battle pass that gives owners a bunch of new cosmetics to unlock, including weapon skins and keychain-style ‘gun buddies,’ sprays, player titles and ‘player card’ artwork, and Radianite Points, a currency that can be spent on individual weapons to access even flashier skins and visual effects. Just like the previous battle pass, which launched on June 2nd with the game’s general release, it will cost 1,000 Valorant Points, a premium currency that can be bought for $9.99.
In addition, Riot is introducing a new line of skins called Glitchpop. As you might have guessed, it’s a playful take on the cyberpunk genre that features lots of neon and shimmering holographic effects. Glitchpop skins will be available for four weapons — Frenzy (pistol), Odin (machine gun), Bulldog (rifle) and Judge (shotgun) — as well as the game’s melee attack.

Face Mask Acne: How To Prevent And Treat ‘Maskne’ – HuffPost