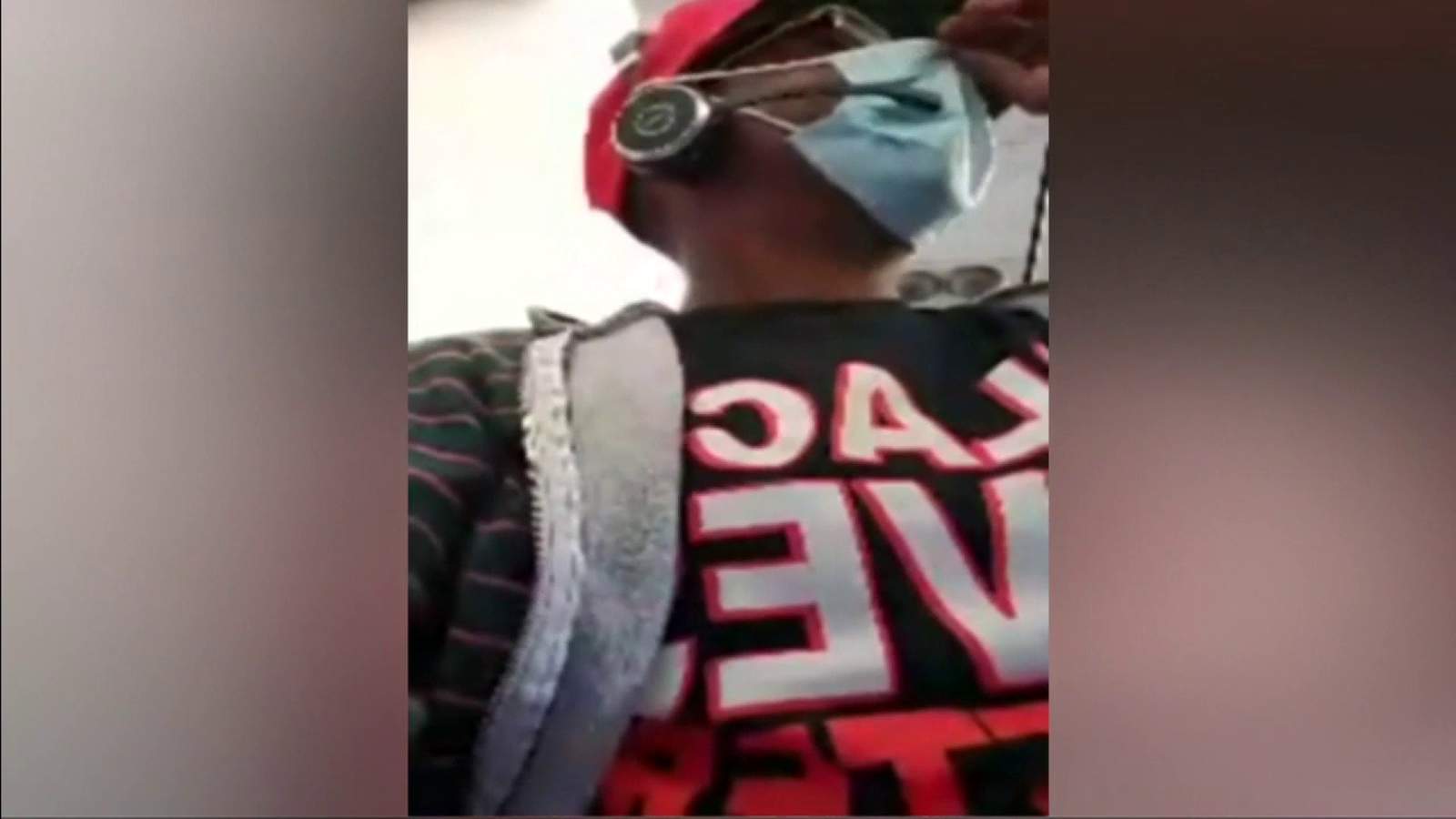 MIAMI A woman was kicked off an American Airlines flight and forced to drive thousands of miles to get where she was going.
She told Local 10 News Layron Livingston that she thinks its a racial issue.
According to its Conditions of Carriage, American Airlines says “offensive clothing” is not allowed.
Arlinda Johns told Livingston that she boarded her flight wearing a mask. Because of what was written on it, she was asked to cover it up. She did.
Several minutes later, the plane she was on that was about to take off busted a U-turn, went back to the gate and she was escorted off that plane.
I think I got taken off the plane because Im black, said Johns. My mask said [F***] 12 and my shirt said, Black Lives Matter.
Most people know her as Tray, shes a South Florida activist. The mask is a reference to law enforcement.
“I am an abolitionist,” she said. “I believe that we need to defund and abolish the police.”
She explained that she was in her seat, wearing a new mask, when the flight attendant approached her again.
She came back and stood over and said, I better not see that other mask, Johns explained. I said, Leave me alone, lady. She stood there, she said, okay, I got you.
Johns said the flight attendant speed walked to the front of the plane, and thats when she took out her phone and began recording.
Minutes later, the plane returned to the gate and she was escorted off the plane.
An airline spokesperson sent Local 10 a statement, saying the plane returned to the gate, “after [Johns] refused to follow crew member instructions to remove or cover a face mask with offensive language.”
The airline says, “although [Johns] initially complied, [she] later continued to display the inappropriate language. After arriving at the gate, the passenger was asked to deplane.”
Several officers escorted her through the airport and out the door.
“This is what American Airlines is doing, and this is what happened to me,” she said.
Johns ultimately had to rent a car and drive to Illinois. She said other than the airline replying to one of her tweets about all this, she hasnt heard from them.
She has, though, spoken with an attorney.
The airline said its still looking into this incident, and its refunding the unused portion of Johns ticket.
Copyright 2020 by WPLG Local10.com – All rights reserved.