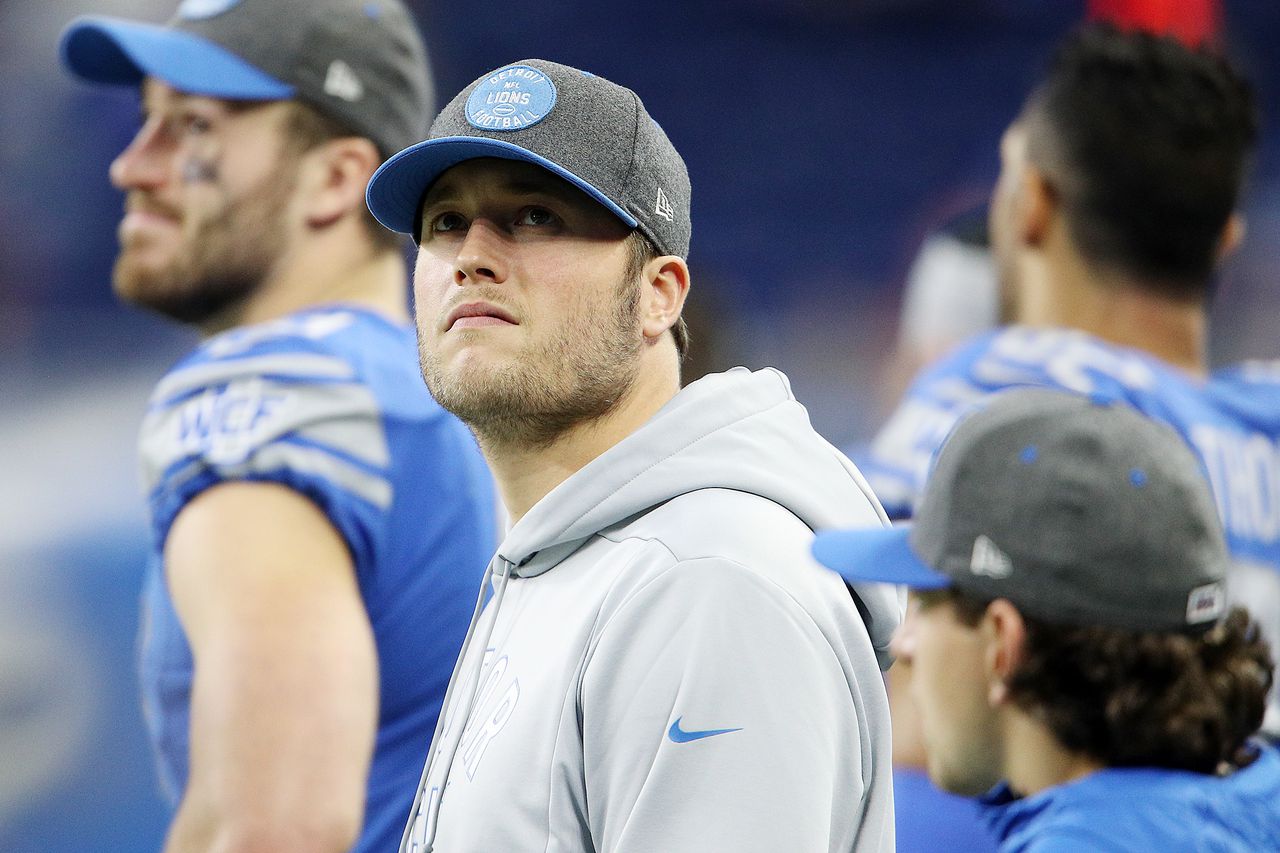 ALLEN PARK — Lions quarterback Matthew Stafford is the biggest name of any player on the leagues new COVID-19 list. And, yes, he has tested positive for the virus.
Stafford passed tests on Tuesday and Wednesday before getting a positive result on Friday, according to MMQB. He was moved to the COVID-19 list on Saturday, although there was some ambiguity over whether he had tested positive or just come into contact with an infected person. Both require a trip to the COVID list.
Detroit has seven other players on the list too, including receiver Kenny Golladay, tight end T.J. Hockenson, tight end Isaac Nauta, cornerback Justin Coleman, cornerback Amani Oruwariye, safety Jalen Elliott and punter Arryn Siposs. None has been activated, meaning those players couldnt join teammates for physicals over the weekend, nor will they be eligible to join the strength and conditioning program that begins today.
Asymptomatic players must wait 10 days to return, or test negative twice in 24 hours no less than five days after the positive test. Symptomatic players must wait at least 10 days since first experiencing symptoms, and at least three days since last experiencing symptoms. A doctor must also sign off on all returns from a positive test.
Stafford, who is asymptomatic according to MMQB, has not spoken publicly since his positive test. But he did say earlier in the offseason he was looking forward to playing football again after missing the final eight games of last season because of a broken back. He overcame that injury sometime early in the offseason and began working out through the coronavirus outbreak. He hosted workouts at his home in Newport Beach, Calif., including with Golladay, and has also worked out with Nauta in Georgia. Both Golladay and Nauta have now tested positive.
Stafford was later seen throwing with more teammates in June, against the NFLPAs medical recommendations.
Im honestly making a conscious effort to try not to lick my fingers before I get the ball, throw it, Stafford said in May. All those are kinds of things I never thought Id have to think about. At the moment, I am. Just trying to make sure we limit our contact. Some of the times in California, Id thrown and wed be done and everybody would just click cleats at the end, say, I appreciate you running. Appreciate you throwing, and move on. Doing everything we can to try to stay safe.
While Stafford wont be with the team for the start of strength and conditioning, the good news is he has some time to get healthy before the start of practices on Aug. 12. Detroit can begin ramping up to padded work on Aug. 17.
The changes to training camp are a challenge for every team, as is the loss of preseason games and joint practices — the latter of which has become a useful tool for getting Stafford right — but coach Matt Patricia said there is still plenty of time to get his team in shape for the Sept. 13 opener against Chicago.
The interesting part is when you take out preseason games, which we did, and you buy back some of the time that we usually spend — whether its travelling, the game itself, maybe postgame — you actually pick up a couple extra days, Patricia said. When you look at the training camp portion of the schedule, the ramp-up period and when you get to that training camp practice schedule, we wind up with actually a lot of practice days. Theres a lot of time in there for installations. … Were just going to try to stay positive and maximize that time that we do have when we can put the pads on.