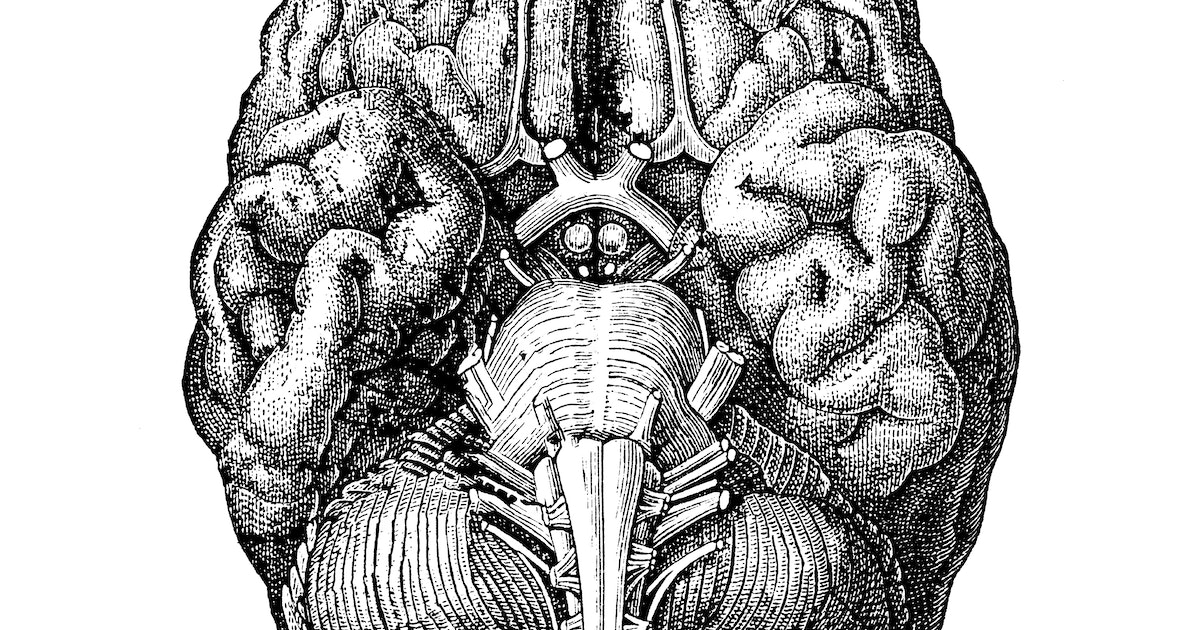 Although theres still no cure
, researchers are continuing to develop a better understanding of what increases a persons risk of developing Alzheimers disease. A recent study that looked at 396 studies has even been able to identify ten risk factors that are shown to increase the likelihood of developing the disease.
Here are the factors researchers identified and why theyre associated with a higher risk.
1. Education level
A lower education level is associated with an increased risk of Alzheimers disease. Previous evidence shows the longer you spend in education, the lower your risk of developing dementia. Research looking at the brains of people from different educational backgrounds also showed that people who were more educated had heavier brains. As you lose one third of your brain weight because of dementia, a heavier brain may make you more resilient.
2. Cognitive activity
Evidence shows that keeping our brains active can also fight against dementia. Activities such as word puzzles stimulate your brain and can strengthen connectivity between brain cells. This connectivity is broken down in dementia.
This latest study shows that we need to continue keeping our brains active, even in older age. Other studies agree that challenging our brains does indeed reduce our chances of developing dementia.
3. Hypertension in mid-life
Healthy hearts have long been linked to a healthy brain. Here, the current study indicates that high blood pressure (hypertension) in middle age increases Alzheimers risk.
Higher incidence of heart disease in those suffering from high blood pressure impacts on the blood and nutrient supply to the brain. Interestingly, this association still exists even for those who have high blood pressure on its own. The bottom line is that reduced blood supply to the brain is linked with Alzheimers.
4. Orthostatic hypotension
The study also highlighted orthostatic hypotension as a risk factor. This is when someone experiences low blood pressure when standing after sitting or lying down.
Because the body is unable to maintain sufficient blood supply to the brain during posture changes, this can have a long-term debilitating influence on brain activity, as a result of lack of oxygen to the brain, which increases risk of dementia.
5. Diabetes
The study found diabetes was associated with higher incidence of Alzheimers. As diabetes makes our body unable to properly regulate insulin, this changes both the way our brain cells communicate and our memory function both of which are disrupted in Alzheimers disease.
Insulin is essential, as it regulates the metabolism of carbohydrates, fats and protein by helping blood glucose absorb into the liver, fat and muscles. Alzheimers disease appears to disrupts the brains ability to react to insulin.
6. BMI
A higher body mass index (BMI) in under 65s is linked to an increased risk of dementia. The study suggests a body mass index between 18.5 and 24.9 for those under 65 a healthy weight, in other words may lower dementia risk. However, being underweight in middle age and later life can increase dementia risk.
Being overweight and underweight both carry increased risk.Shutterstock
Its thought that a mixture of genetics, cardiovascular diseases and inflammation all contribute to this association between BMI and dementia.
7. Head trauma
Past head trauma is a risk factor and there is clear evidence that head trauma, such as a concussion, can contribute to the development of dementia. This link was first observed in 1928.
However, its uncertain whether single or repetitive head trauma is the contributing factor. Its clear that brain damage from head trauma is similar to that of dementia. This makes people more susceptible to further damage later from dementia.
8. Hyperhomocysteinaemia
High levels of the chemical homocysteine are a risk factor. Homocysteine is a naturally occurring amino acid involved in the production of our bodys defence mechanisms, including antioxidants that prevent cellular damage.
Elevated blood levels of homocysteine in people with dementia was first reported in 1998. Studies have since shown that reducing levels of homocysteine may protect against dementia.
Animal studies suggest elevated levels of homocysteine damage brain cells by interfering with their energy production. Consuming more folate and vitamin B12 can lower homocysteine levels and may reduce dementia risk.
9. Depression
Those living with Alzheimers also often suffer from depression, though its uncertain if depression causes Alzheimers or is just a symptom of the disease. However, a wealth of evidence supports that depression is indeed a risk factor, as this latest study has found. Research has even indicated a link between the number of depressive episodes especially ten years prior to dementia onset and higher risk.
Depression increases levels of harmful chemicals in our brain. An imbalance in these chemicals can lead to loss of brain cells. This, coupled with the loss of brain cells in dementia, increases likelihood of Alzheimers.
10. Stress
Lastly, stress was identified as a risk factor. Long term stress targets our bodys immune cells, which are important in keeping dementia at bay. In particular, the hormone cortisol is shown to contribute to stress and can impact on memory. Aiming to reduce stress and cortisol levels can therefore reduce the chances of developing dementia.
This study offers a complex picture of how we can combat the onset of Alzheimers as well as ten areas that scientists need to concentrate on researching in the future. Though the findings may seem bleak, there is some promise in that many of these risk factors can be managed or modified through lifestyle changes, including diet and exercise.
This article was originally published on The Conversation by Mark Dallasat the University of Reading. Read the original article here.