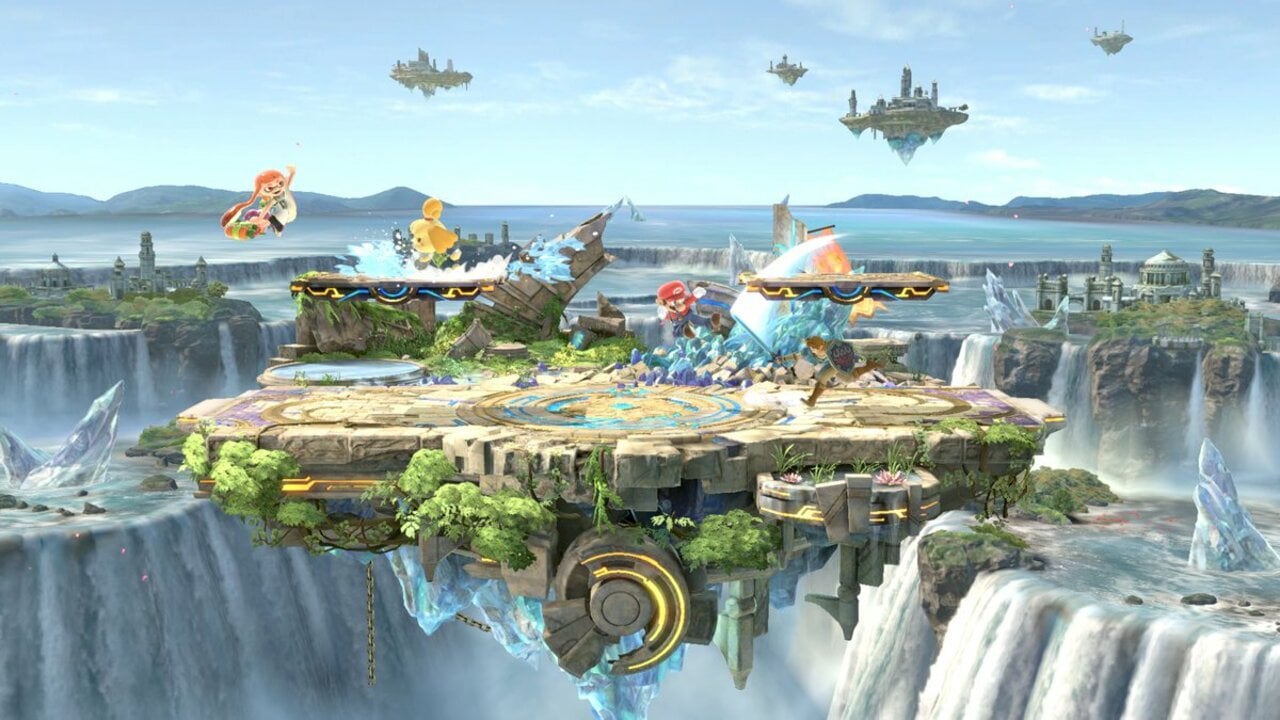 Super Smash Bros. Ultimate has just been updated to version 8.1.0. You can view the full patch notes in our other post. The highlight, as already noted, is the new smaller-size battlefield stage. The online experience has also been improved.
Although the patch notes don’t really go into detail about this stage, game director Masahiro Sakurai has provided some extra information about this level and the update in general, which has been translated by PushDustin over on Twitter:
Its out of nowhere, but Small Battlefield has been added! When fighting 1 on 1, Battlefield feels a bit wide, and Final Destination feels like it’s lacking. So we came up with a middle option with two platforms…
We werent able to make it an option for all stages, so it’s a single stage that you can select. At the same time we widen the music selection for the Battlefield type stages, making all the music available! Pick your favorite song from more than 1000 tracks!
By the way, we made some improvements to the online experience for 1v1. Please check it out.
And here are some more screenshots of the smaller battlefield stage, courtesy of Nintendo of America’s Twitter account: