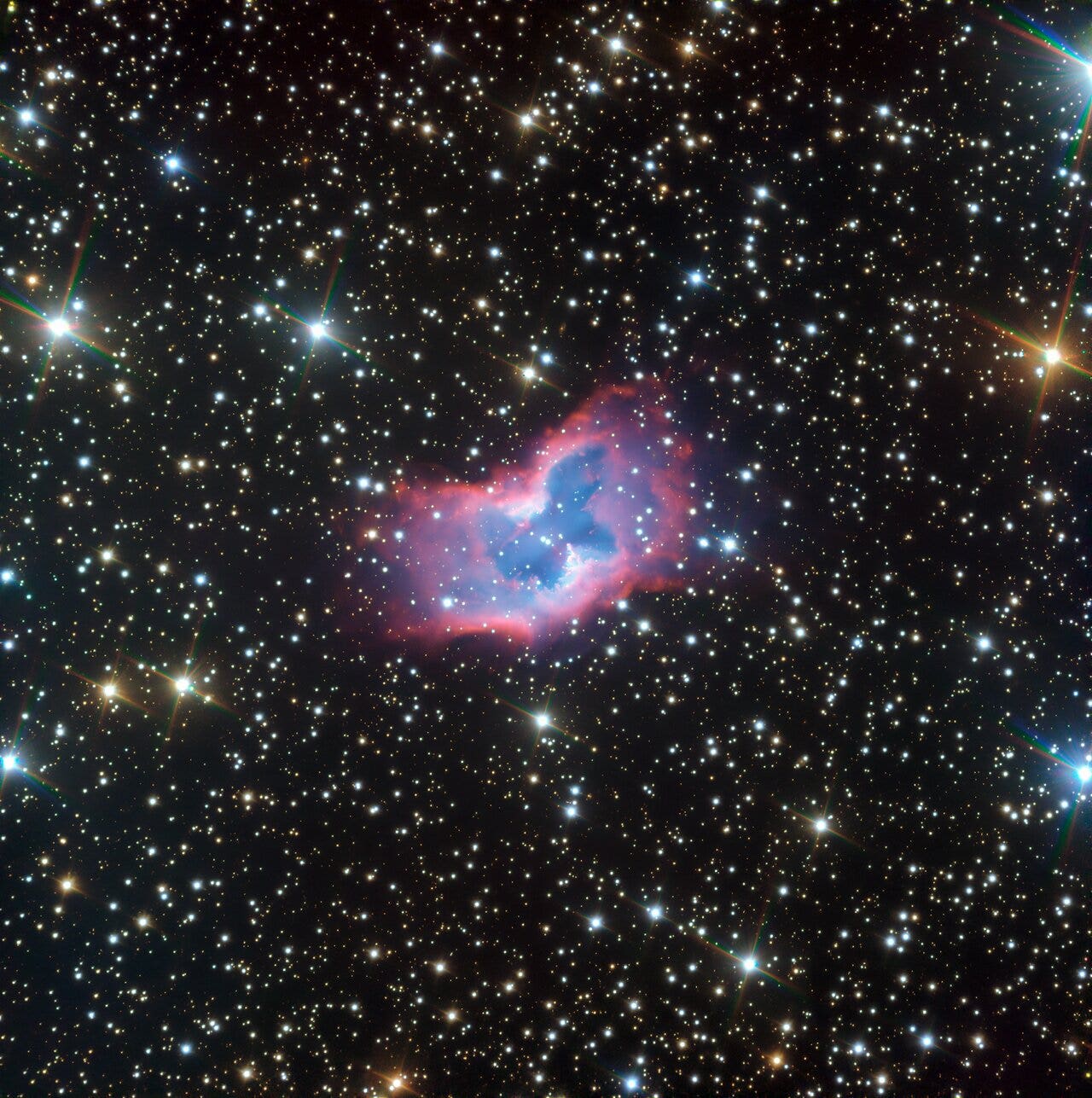 Astronomers have spotted a “butterfly” in deep space.
The bubble of gas, known as NGC 2899, was spotted between 3,000 and 6,500 light-years away, in the Southern constellation of Vela (The Sails). It has two central stars, which astronomers believe may give it its “nearly symmetric appearance,” researchers wrote in a note on the European Southern Observatory’s website.
“It appears to float and flutter across the sky,” the ESO researchers wrote.
NGC 2899 had never been captured in an image before in such detail, as the “faint outer edges of the planetary nebula glowing over the background stars” can be seen, the ESO added.
This highly detailed image of the fantastic NGC 2899 planetary nebula was captured using the FORS instrument on ESOs Very Large Telescope in northern Chile. This object has never before been imaged in such striking detail, with even the faint outer edges of the planetary nebula glowing over the background stars. (Credit: ESO)
UNIVERSE MIGHT BE 1.2B YEARS YOUNGER THAN PREVIOUSLY BELIEVED, EXPERTS SAY
NGC 2899 was spotted by ESO’s Very Large Telescope. Astronomers were able to take the image of NGC 2899 using the FORS instrument on UT1, one of four telescopes that comprise the VLT.
The swathes of gas are so large they extend nearly two light-years from its center. Given how bright the bubble appears in the picture, the gas is extraordinarily hot, burning at 10,000 degrees Fahrenheit, aided by the radiation from the nebula’s parent star.
A light-year, which measures distance in space, is the equivalent of nearly 6 trillion miles.
HUBBLE SPACE TELESCOPE SPOTS ‘FEATHERED SPIRAL’ GALAXY IN DEEP SPACE
NGC 2899 is not the only “butterfly” structure to be spotted in space in recent memory. In March 2019, NASA’s Spitzer Space Telescope spotted Westerhout 40 (W40) 1,400 light-years from the sun.
GET THE FOX NEWS APP