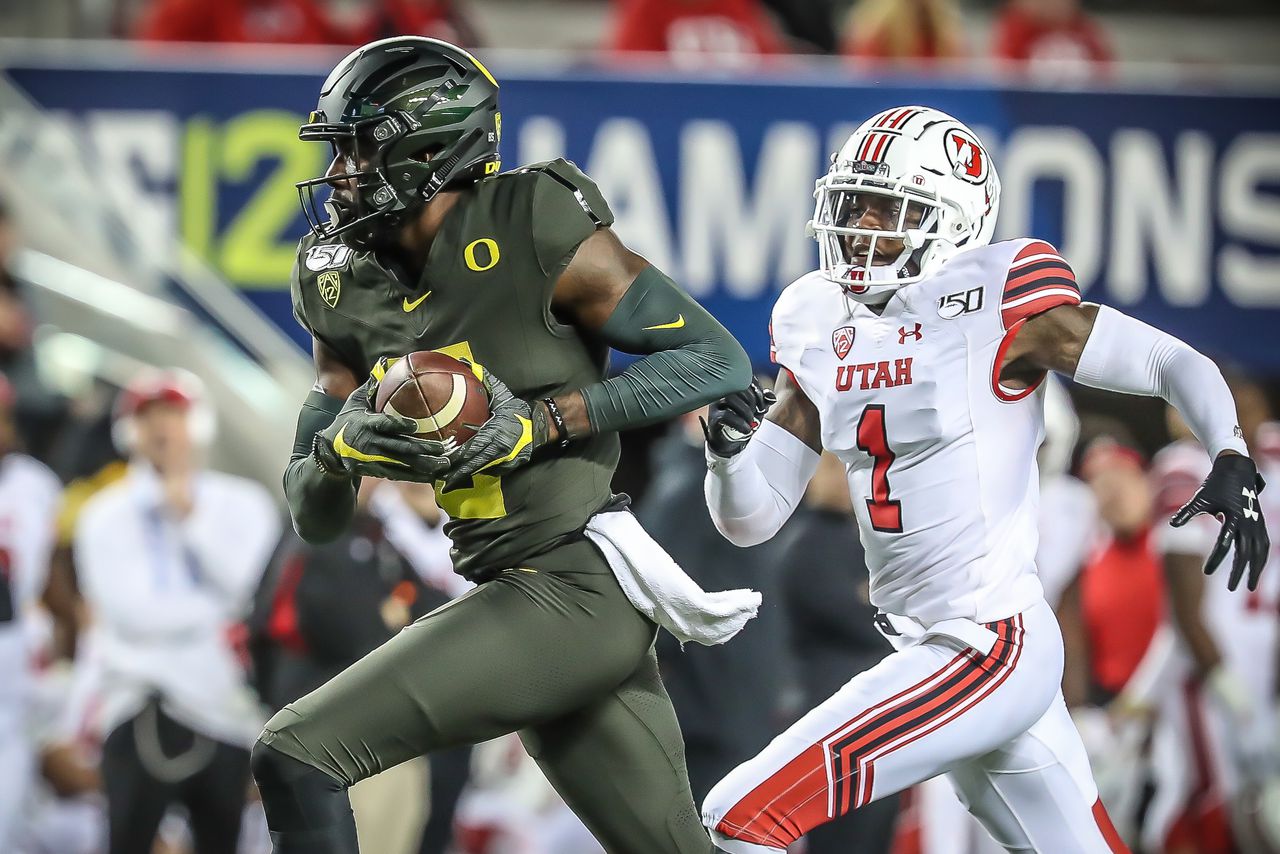 It takes no brains to come up with a proposal that is one sided.
But real brains to work out a deal that works for all sides.
I keep thinking about that when it comes to the demands of a growing group of Pac-12 players who are threatening a player boycott this football season. The player demands include enhanced insurance benefits, scholarship security, transfer flexibility, guarantees that non-revenue producing sports wont be dropped and an investment in support of minority students on the conference campuses.
Most of that, in some form, makes sense. Also, Im impressed that for the first time in some time athletes are attempting to wield some of the power theyve always possessed. But the credible demands are submarined by the groups threat to sit out the rapidly approaching season, and also, a request for a 50-50 revenue share of profits.
Those things, fall flat.
Still, I thought Pac-12 commissioner Larry Scott did the right thing in addressing the group with a now-leaked letter that validated their concerns. Scott should follow up with a video conference call, and perhaps what could be born of this is a new football player-advisory board built with one member representative from each of the 12 conference football teams.
That group could serve as a powerful tool for the players, and help keep the universities of the conference in touch with the concerns of athletes. Also, it would give the conference a chance to tell players that a threat to sit out the upcoming season looks ridiculous. So does a 50-50 revenue share that would cause the elimination of a line of non-revenue producing sports if the conference were dumb enough to agree to it.
We are eager to hear more about your concerns and very happy to discuss, Scott wrote to the players. I will come back to you in the coming days following discussion with our members and student-athlete leaders to schedule a call for this week to discuss the matters that you have raised.
Basically, I see you.
I hear you.
But youre now officially in a bureaucracy, so get ready to wait.
Part of the issue with the large list of player demands is that they cant all be solved in the same place. There are campus issues, mixed with conference issues, mixed with NCAA issues, mixed with a few demands that would require congressional intervention. So threatening to sit out a season that is now slated to start in September feels a bit unrealistic. Very little of this has a chance to get done.
Also, that 50-50 revenue share demand is a farce. The operating costs of the non-revenue producing sports (water polo, volleyball, gymnastics, softball, baseball, etc.) essentially eat up more than 50 percent of that hypothetical share of the revenue. If this pandemic has taught us anything, its that the athletic departments are barely getting by as it is.
Players want coaches and administrators to stop taking exorbitant salaries? Great. I support that. Sort of. Executive pay cuts are in order. Scott himself ($5.2 million annually) is the most overpaid conference administrator in the country. The system is out of whack. But Id stop short of saying that the head football coaches at the typical Pac-12 university is overpaid. Not by comparison nationally anyway. Also, without a winning football program, the athletic department crumbles.
Also, the letter included a demand for universities to stop with lavish facility expenditures. I found that odd given that the athletes directly benefit from said facilities. Still, it was noted among the list of demands.
The big problem for college athletics?
This will grow. It will pop up in the other major conferences. College kids are recognizing he power they hold. This might only be the beginning of a larger movement. Maybe one that ends up more focused.
As it stands, the movement is scattered and unreasonable in spots. It hit the target. But was nowhere close to the bullseye. The demands quietly popped up weeks ago and nobody really paid attention to it until this week, after the football schedule was set and sitting out became a real thing.
Players deserve full cost of attendance with scholarships. They shouldnt have to worry about food, year-around. They need insurance while theyre enrolled and maybe, too, for a reasonable period of time after they leave college. Also, universities should always try to do more to invest in the students on their own campuses. And the executive team pay, especially at the conference level, needs to get in line.
But a revenue share isnt happening. And a threat to boycott a rapidly approaching season will soon lose steam. Remember, the players behind this movement will exit the college system rapidly themselves. Theyll be replaced with freshmen. The movement will lose momentum if change doesnt happen in the coming months. And thats the biggest problem with presenting an unreasonable number of requests.
Also, some key football players have already indicated that while they support the movement, theyre not sitting out the football season. That lack of unity will erode the threat in the coming weeks.
I admire a passionate movement with good intentions. But this one doesnt feel like it can win big.