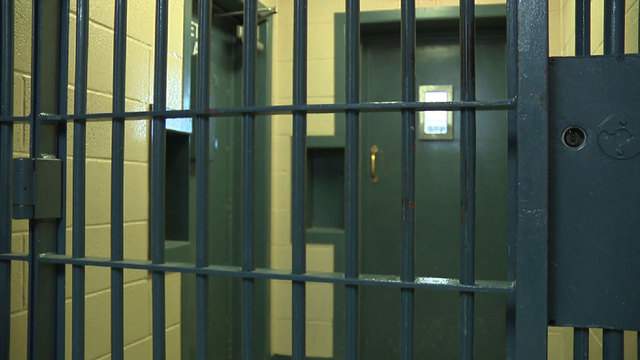 TALLAHASSEE, Fla. The first Florida correctional officer to die after contracting the coronavirus was a 65-year-old sergeant who worked for the state Department of Corrections for three decades.
Robert Rogers, who was assigned to the Graceville Work Camp in Jackson County, died Friday, the Department of Corrections announced Monday night. His wife, Lauri Wood Rogers, also died from complications of COVID-19, a deadly respiratory illness that has stalked state corrections workers, their families and inmates.
Jim Baiardi, who leads the state corrections chapter of the Florida Police Benevolent Association, said Rogers served the department with dignity and honor and that he was well-liked and highly respected by his fellow officers.
Being a correctional officer has always been a dangerous job, but working in a dense prison environment during COVID-19 has made correctional officers jobs twice as dangerous, which is why they need more support and better safety equipment from the Department of Corrections to keep them safe, Baiardi said in a statement Tuesday. Our thoughts and prayers are with his family during this difficult time.
After the union shared a photo of the couple on Facebook, an outpouring of condolences from prison workers across the state ensued.
Rogers death came at a particularly dire time for Floridas prison system, as corrections and health officials grapple with a massive surge of COVID-19 cases among corrections workers and inmates.
The Florida Department of Corrections, which includes about 24,000 employees and 87,700 prisoners, reported on Tuesday that 1,810 workers and 9,180 inmates had tested positive for COVID-19 and that 54 inmates had died after contracting the virus.
The numbers have skyrocketed over the past month. On July 3, for example, corrections officials reported that 533 workers and 2,089 inmates had tested positive for the virus and that 24 inmates had died.
Graceville Work Camp is tied to Jackson Correctional Institution, which has reported 21 infected workers.
Rogers is the only department worker known to have died from the virus, corrections spokeswoman Michelle Glady told The News Service of Florida on Tuesday.
Corrections Secretary Mark Inch, who is battling COVID-19, said in a statement that he was deeply saddened to learn about Rogers death.
No amount of preparedness can alleviate the feelings that come with the news of losing a colleague, Inch said in a statement issued Monday night. Sergeant Rogers committed his life to selfless service to the state of Florida as a corrections professional, and we are deeply saddened by his passing.
Inch and one of his top lieutenants, Deputy Secretary Ricky Dixon, tested positive for COVID-19 on Thursday after visiting Columbia Correctional Institution and attending a Florida Sheriffs Association conference where three other attendees also have since tested positive for the virus.
Inch and Dixon are self-isolating, and department employees who came in close contact with them in recent days were notified about their potential exposure to the virus, Glady said.
As corrections workers face an increasing risk of exposure in prisons, union officials have called for hazard pay for officers.
Many employees have been asked to work longer hours at prison with COVID-19 cases. In early July, corrections officials launched emergency plans at two prisons — Dade Correctional Institution and Jefferson Correctional Institution — to address significant staffing shortages caused by the pandemic. The emergency plans required workers to work 12-hour shifts for up to six days a week to ensure adequate staffing levels were maintained.
Corrections officers, statewide and nationally, are testing positive for COVID-19 and unknowingly bringing danger into their homes. The danger of the coronavirus is something once again never contemplated and certainly not addressed in any collective bargaining agreement or state law, Baiardi wrote Thursday in a letter to Inch.
In May, when 167 corrections workers had tested positive for COVID-19, Baiardi said workers were sleeping in cars because they were afraid that if they slept at home they would get their wife and kids sick. The same fears linger today, he said.

To save the hemlock, scientists turn to genetics and natural predators – The Washington Post