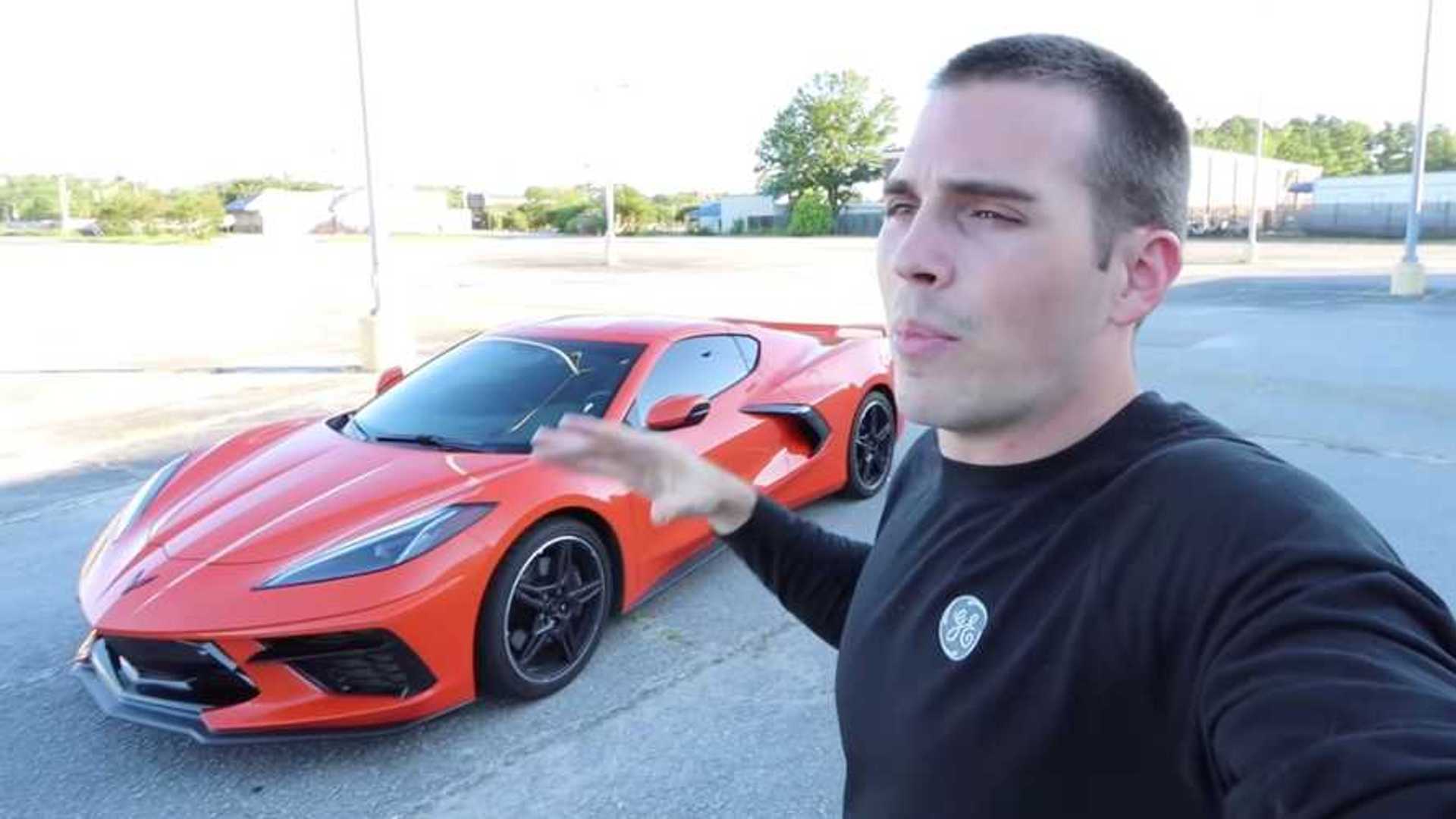 YouTuber Zac LP has covered 12,000 miles with his 2020 Chevrolet Corvette C8 since acquiring the coupe in March. It’s his daily driver and road trip machine, in addition to occasional runs at the strip. If you’re currently lusting after a C8 ‘Vette, you might only want one more after hearing this owner’s experience.
All of Zac LP’s complaints about his C8 are fairly minor quibbles. For example, the car can be difficult to clean. There’s a section ahead of the engine intake on the side that seems to attract road debris. Also, it’s hard to clean the interior of the clear portion of the engine cover.
A slightly more concerning issue is that there’s a massive blind spot over the driver’s right shoulder. The good news is that the camera display out of the rearview mirror largely mitigates the issue.
The owner is also very impressed with the grip from the tires. Even in the rain, the launch control can hook up with this rubber.
The Latest News On The C8 Corvette:
Zac LP hasn’t experienced the reported issue of the front panel flying open on the road. He puts the issue down to user error. In his opinion, either folks aren’t closing it properly or they’re accidentally hitting the button on the fob that pops open the piece.
Chevy isn’t having any problems finding buyers for the C8. Right now, new orders for the 2021 model require around 12 to 18 months before delivery occurs. So if Zac LP’s video desperate to have a new ‘Vette, then get ready to wait in line or hunt for one of the few second-hand examples on the market.